The global failures of 2021

• At the end of last year, effective collective action on the major challenges confronting the world seemed to be a real possibility.

• And yet, over the course of 2021, those challenges merely escalated and multiplied. 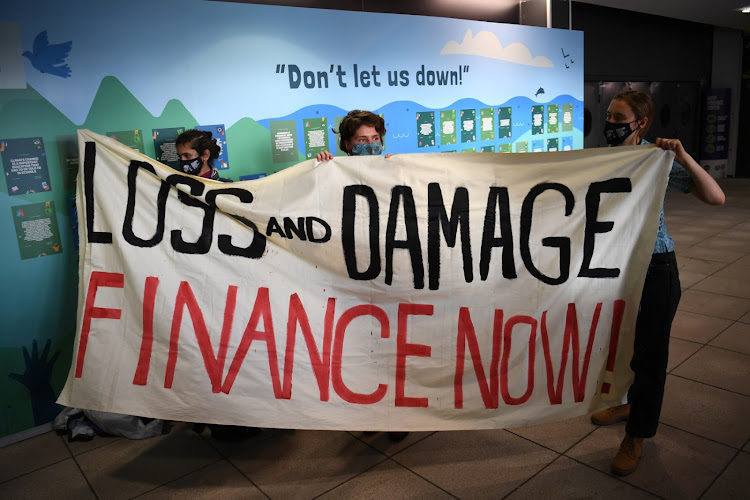 Protestors hold placards questioning progress on long-standing issues related to finance for loss and damage, on day five of the COP26 UN Climate Summit in Glasgow on November 4, 2021.
Image: AFP

The end of a year invites reflection on the events and trends that have shaped it.

In 2021, they include the Covid-19 pandemic, recently reinvigorated by the Omicron variant; the steady march of climate change, which has intensified pressure to reach net-zero emissions; and geopolitical tensions, especially the great-power rivalry between the United States and China. On all of these fronts, 2021 was a year of deterioration.

As difficult as 2020 was, it concluded with grounds for hope. Effective Covid-19 vaccines were being deployed. The US had a new president, who, unlike his predecessor, recognised the threat climate change poses and the value of America’s alliances.

NATO was developing its new strategic concept. Effective action to address the challenges confronting the West seemed to be a real possibility.

And yet, over the past year, those challenges have merely escalated and multiplied. The unprecedented global social experiment brought about by the pandemic – including people’s confinement to their homes – has placed severe strain on societies. Deepening polarisation is tearing at democracies’ seams.

It does not help that even in countries where liberal democracy is firmly established, governments have assumed exceptional powers – a trend whose insidious effects are likely to endure long after the emergency is over.

Beyond the indisputable psychological toll of lockdowns, perceived abuses of power may have lasting consequences on future public support, including citizens’ perception of the social contract.

Recognising the threat to democracy worldwide, US President Joe Biden recently convened a virtual summit on the topic (with a questionable guest list). But, as some experts have observed, renewing democracy will require something more fundamental.

On the economic front, the recovery has been highly asymmetric, with some economies posting strong progress, while others have remained on life support. Now, supply shocks and energy-price spikes, together with a new wave of travel bans and lockdowns, are generating more headwinds. And, amid rising financial risks and inflationary pressures, policymakers and international financial institutions are being forced to perform a delicate balancing act.

The lack of effective multilateral action during the pandemic, exemplified by huge discrepancies in vaccine access, has further highlighted the global system’s inadequate capacity to address shared challenges.

Declining confidence in international cooperation could not come at a worse time. Russia is now amassing troops near its border with Ukraine. And, with China behaving ever-more assertively, the risk of conflict in the Western Pacific continues to rise.

A succession of virtual summits has failed to ease tensions. And new security mechanisms – notably, the Quad, a loose coalition of the Indo-Pacific region’s four major democracies, and the AUKUS defense agreement between Australia, the United Kingdom, and the US – lack the clarity of vision and comprehensive approach that is needed to ensure stability.

Against this backdrop, even more asymmetric warfare and geopolitical tumult can be expected in 2022. As the Communist Party of China prepares for its 20th National Congress in October, its leaders will probably continue to offer cooperation on shared challenges like climate change, while vigorously resisting any Western effort to counter their country’s growing influence.

To negotiate from a position of strength, shoring up the frayed transatlantic relationship must be a high priority for the West. That was the point of President Biden’s oft-repeated slogan, “America is Back,” which was supposed to be a repudiation of his predecessor Donald Trump’s “America First” doctrine.

Yet the transatlantic relationship is nowhere near back on track. For example, it was not until last month that the Biden administration announced that it would roll back the tariffs Trump had imposed on European steel and aluminum. And according to the most recent Trans-Atlantic Scorecard, produced by the Brookings Institution, US-European relations dropped from an average of 6.6 (on a 1-10 scale) at the end of June to 5.3 at the end of September.

It is up to Biden to demonstrate his administration’s resolve to restore the transatlantic relationship. But that is unlikely to happen soon. American political tradition dictates that presidents focus more on foreign policy in their second term, when they no longer face re-election. For now, Biden is preoccupied with his low approval rating, November’s midterm congressional elections, and Trump’s possible return as the Republican Party’s 2024 presidential nominee.

That is why, in 2022, Europe must reinvigorate its push to secure greater strategic independence from the US. Although growing sense of vulnerability could help to focus European minds, success will not come easily, not least because, after 16 years, Europe’s foreign policy is no longer being de facto steered by the steady hand of longtime German Chancellor Angela Merkel.

To be sure, Merkel’s successor, Olaf Scholz, recently met with French President Emmanuel Macron in Paris, and the two formally affirmed their shared ambition to strengthen the European Union’s “strategic sovereignty.”

But the gulf between word and deed is often wide in Europe, and France and Germany may no longer be the EU’s prime movers. In post-Brexit Europe, Italian Prime Minister Mario Draghi has been deftly maneuvering to position his country toward center stage.

As important as it is for Europe to strengthen its strategic independence, it must not turn its back on the US. It certainly should not attempt to chart a middle path between China and the US. Europeans cannot forget that our common construction is the most important example of the paradigm of ensuring peace through prosperity, and prosperity through open exchange. But that paradigm is grounded in resilience, and here there is little room for ambiguity or passivity.

The US and Europe have always had their disagreements; that will not change. But they are bound by shared values and similar institutions, and the challenges they face are more complex than ever.

Honest introspection – including admission of the West’s own democratic failures – is necessary to move forward together. And realism dictates that they should.

Palacio is a former minister of Foreign Affairs of Spain and former senior vice president and general counsel of the World Bank Group. He is a visiting lecturer at Georgetown University.

This article was first published by Project Syndicate