China's aim remains primarily development, without which Africa cannot play the role it should in the global trading system

• Riots, coups and elections across Africa have once again put the spotlight on China's role on the continent where it has accumulative investments of about $120 billion. 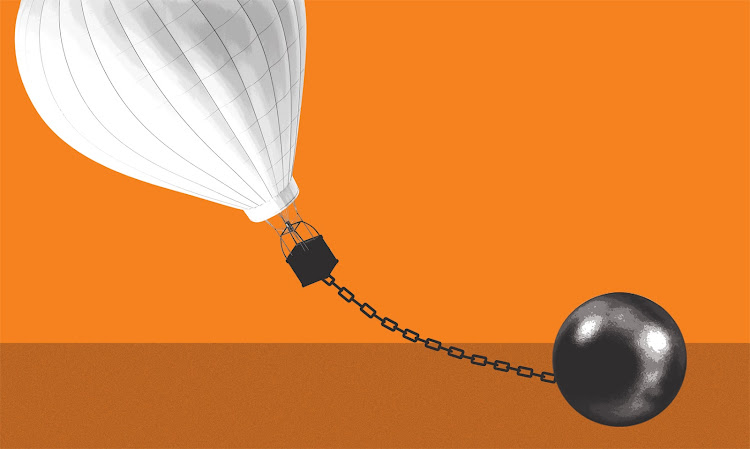 A few years ago, I found myself on the platform of a train station in Tanzania. There, under the ubiquitous photograph of the country's then President, were two fading portraits of two statesmen from an earlier time: Chairman Mao Zedong and Julius Nyerere, first president of independent Tanzania.

These two political giants were the main architects of the Tanzania-Zambia Railway (Tazara), which was completed in 1976.

The Chinese-built railway allowed Zambia to circumvent apartheid South Africa and white minority-ruled Rhodesia and export its copper out of the Tanzanian port of Dar es Salaam.

The 1,860km railway remains an enduring symbol of Chinese solidarity with Africa. It also serves to emphasise that China's much-debated arrival on African soil is nothing new.

An important trivia: When Beijing hosted the 2008 Summer Olympic Games, the starting point of the torch relay in Tanzania was the grand terminal of Tazara.

In recent months, riots, coups and elections across Africa have once again put the spotlight on China's role on the continent where it has accumulative investments of about $120 billion.

This has prompted some commentators and politicians to say the Sino-African relationship is too one-sided and needs rebalancing to assuage public fears, fuelled by Western misinformation campaigns, that China's strategy is a new form of colonialism aimed at gaining control of Africa's rich mineral resources.

Regional analysts and China experts dismiss this view, because it misrepresents Beijing's political, historical and economic approach to the developing world.

Since the 2000s, China's trade with Africa has multiplied by 20－it exceeded $200 billion in 2019 — and its investment is estimated to account for 20 per cent of Africa's economic growth.

"China plays a long game. Beijing is not looking for immediate results or to own infrastructure. It is looking at trade flows as far away as 2045," Henry Tillman of China Investment Research said.

Today, there is barely an African country where China has not invested heavily, partly but not solely as a result of the Belt and Road Initiative.

Admittedly, much of this has taken the form of loans for infrastructure projects－deep-water ports, roads, railways and dams. But there is no evidence that this is a wily scheme to try to "buy" the continent.

Since July 2020, even a number of Western institutions, SAIS-CARI (Johns Hopkins University), Chatham House and the Brookings Institute, have undertaken research showing no evidence at all of the much-touted "debt trap" scenario－an allegation started in India in 2017.

"Hard facts debunk that argument totally. The debt trap fear simply does not exist. There has not been one case of that, not one single case," Tillman added.

China's aim remains primarily development, without which Africa cannot play the role it should in the global trading system－ a point not lost on many of Africa's leaders.

Last month, a hotly contested election in Zambia saw an incumbent president toppled. During the campaign, China was repeatedly targeted for "acquiescing in high-level corruption".

President Hakainde Hichilema lost no time in saying he intended to restructure Zambia's external debt－officially pegged at some $13 billion with the bulk of it owed to China.

He has signalled that he intends also to open a new dialogue with the International Monetary Fund and the World Bank.

Some argue that given the "opaque nature of debt contraction" under the previous government, the figure owed to China could actually be higher. Hichilema will need to have a frank discussion with Beijing on how to tackle this thorny issue.

"China's commitment to Africa has been long-lasting… The trick is to create a partnership of equals and Africa has an important (role) to play in that," a senior regional political analyst said.

"Africans need to grow up and stop blaming China for their own inadequacies. China wants reliable and honest partners," he added.

According to the analyst, Zambia, Africa's second-largest exporter of copper, should avoid the trap of feeling it has to choose between the West and China. Instead, President Hichilema, a businessman, needs to do what is best for his country.

"The fault lies with Zambia itself and particularly the previous regime. Why is it that the same Chinese State-owned and private companies operate above board when working in countries such as Botswana, South Africa, Mauritius or Rwanda? It is because these countries have prioritized national interests above personal ones, and have invested in institutional capacity," the analyst told China Daily in an interview.

China, however, must play its part in changing perceptions that it is only motivated by narrow self-interest. It must make more efforts to make its dealings with African governments more transparent and better explain its presence on the continent to the young local populations, eager for economic growth and employment.

The author is a political analyst who focuses on Africa and the developing world. The article was first published by China Daily.

GATHARA: Chinese exploitation no different from what's practised by West

Western “development aid” is itself very much the equivalent of loansharking.
Siasa
2 months ago
by JONATHAN CLAYTON
Siasa
06 November 2021 - 05:00