NJIRU: Debunking myth of weak prosecutions in war on corruption

• Chances are you have heard blatantly untrue statements repeated in different contexts whenever the conversation focuses on the fight against corruption.

• It is a cynical and manipulative strategy. Unfortunately, it works to distort the public perception and seriously targets and has the potential to influence judicial officers 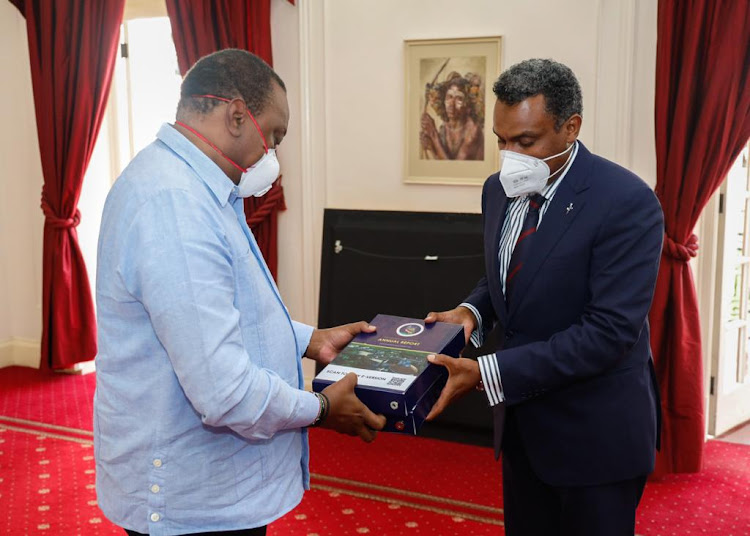 “To regain public confidence in the judicial process, the DPP and his team must strive to provide the evidence to convict the suspects. Instead of rushing to arrest suspects and appear in court with half-baked evidence, it would make plenty of sense to take their time and collect all the proof of that wrongdoing.”

This was an assertion in the editorial section of the Sunday Nation on January 19, 2020.

“For its part, the Judiciary has made it clear that the suspects cannot be convicted if the prosecution does not provide impeccable evidence…The Evidence brought by the prosecution against the corrupt is weak,” the editorial added.

You can almost think the mainstream media has become an echo chamber or a megaphone for persons charged with corruption and those representing them shouting into it. This seems to be part of a wider messaging campaign that in recent times has reverberated across the traditional and new media platforms with reckless abandon.

Who is the originator of this message? Who benefits from it? Who sponsors it?

Chances are you have heard these blatantly untrue statements repeated in different contexts whenever the conversation focuses on the fight against corruption. It is a cynical and manipulative strategy. Unfortunately, it works to distort the public perception and more seriously targets and has the potential to influence judicial officers adjudicating corruption cases.

“Repeat a lie often enough and it becomes the truth” is the foundation of propaganda and it is attributed to Joseph Goebbels, the Nazi Minister of Propaganda.

In the field of psychology, this strategy is called the “illusionary truth effect”. It has been proven through numerous studies that if a person repeatedly hears unfounded, untruthful, nonfactual statements, they start believing it’s true. The illusionary truth effect stems from the fact that humans internalise and process repeated messages more fluently and eventually mistake that feeling of fluency for a signal that the message is true.

Often-repeated messages are eventually perceived to be true regardless of their actual veracity. It is on this point that it can be inferred that a well-thought-out strategy by the corrupt camouflaged in the message “weak prosecution” and targeted against the prosecutorial agencies is intended to defeat the course of justice by influencing public opinion and conditioning judicial officers to perceive evidence in a particular way.

The originators of this strategy seem to have made it a key cornerstone of their communication plan and in deploying it, they are subtly conditioning the collective thinking of a nation designed to hold us captive and halt the progress in the war against corruption. They must not only be called out but also stopped by all patriots of goodwill.

The media, too, must not fall victim to the illusionary truth effect. To debunk the “weak prosecutions” message, it is important to briefly highlight how the criminal justice system works and why the purveyors of this approach have decided to pursue it.

The criminal justice chain in Kenya involves various actors with clearly defined duties and responsibilities. The key players are the police who investigate and arrest, the Office of the Director of Public Prosecutions, the Judiciary and the correctional and probationary services for rehabilitation, reformation and reintegration.

The entire system envisages independent institutions to ensure the wheels of justice roll. Each player’s role is equally important.

The criminal justice system in Kenya has been reinvigorated in the past three years due to a number of factors. These include that 2010 constitutional dispensation, which has asserted the independence of key institutions; the emergence of new players heading these organisations protected by a constitutional tenure and who are also not held captive by the past.

The multi-agency approach has incorporated intelligence gathering, collaborative investigations and integrated prosecutions with the effect that more cases are now before the Judiciary and indeed a greater number of convictions have been won in recent years.

The conviction rates for the reporting period was 92.6 per cent, 91 per cent and 90 per cent respectively. Numbers don’t lie.

Interrogated further, the numbers show the country is getting convictions and the DPP is prosecuting cases vigorously and the courts are fulfilling their part in delivering justice.

It is, therefore, grossly unfair, uncalled for and dishonest to single out the prosecutorial link in the justice chain for attack. While it is a fact that the wheels sometimes roll slowly — and not as fast as citizens may want especially on the corruption cases — it certainly is not due to “weak prosecutions”. It could be based on other systemic and operational deficiencies within the justice chain.

The desire of all citizens of goodwill is to see corruption cases investigated, prosecuted and adjudicated in a fair, just and honest manner for all the parties involved. It means that every person within the criminal justice system must be undergirded by integrity, which is the cornerstone for justice. Integrity is the link that strengthens the justice chain and every institution must play its part in ensuring this.

As society, we must collectively safeguard against the illusionary truth effect strategy deployed by the corrupt and those who protect them by refusing to regurgitate or give a platform to the untrue message camouflaged as “weak prosecution of cases” being the reason for the delays in convictions.

The media has a huge role to play in helping the country achieve this in its war against corruption. It must not only counter false claims but also provide a solution to the evolving misinformation crisis by prompting citizens to carefully compare facts to what they already know and what is being propagated by the corrupt syndicates and networks.

The facts show prosecutors are doing their part effectively and that the wheels of justice are turning slowly but surely towards the society we all strive to see: One that is corruption free, where justice, equity and fairness reign supreme.

We have an obligation to guard against lies and to stop repeating falsehoods unsupported by any facts. Facts matter and whenever anyone repeats the lie that the corruption cases before the judiciary are weakly prosecuted, they are helping to make a nation where lies and truth become easy to confuse.

A declaration on the strength or weakness of a case can only be reached upon conclusion of the same after a transparent process anchored on a fair and just interpretation of the law and oiled by utmost integrity by all involved.

Many of the corruption cases are at various stages within the judicial system. Therefore, before one declares that the prosecutions cases are weak or strong, they should take time to consider how that notion got into their head.

It could be the illusionary truth effect at work. If in doubt, question and check it out with multiple truthful sources.

In the war on corruption, repeating a falsehood won’t make it true, but if you are not careful it may make you think it is true and you will have been swallowed into the trap the corrupt want to hold you in.

The writer is a lawyer