Police have a duty to investigate extrajudicial killings

The duty to investigate lies squarely on the police

• What is clear is that the 11 people whose bodies were retrieved from Tana River met their deaths in the most horrific and gruesome manner.

• Besides the visible torture marks indicative of the physical pain they underwent, the stones are evidence that their tormentors had intentions of drowning them 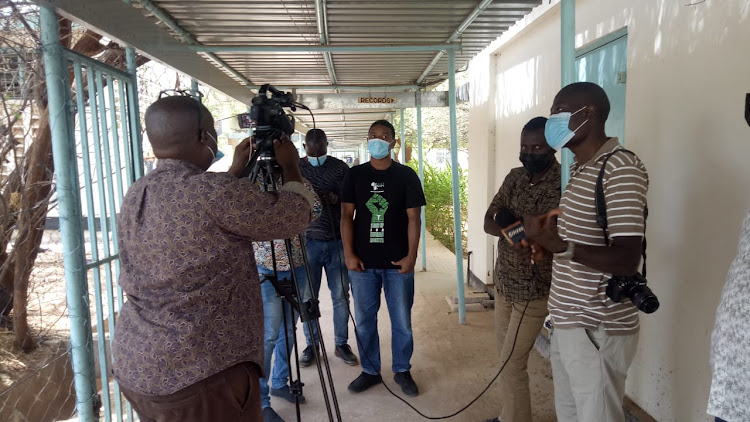 The bodies were in bad condition, with some mutilated and even missing limbs. Several had ropes tied round the hands and legs. According to the mortuary attendant, some of the bodies were brought in with huge stones tied to their waist and others to their legs.

All the bodies were retrieved from the expansive Tana River, which snakes its way all the way from the Aberdares in central Kenya to the Indian Ocean in the Coast.

What is clear is that the 11 met their deaths in the most horrific and gruesome manner. Besides the visible torture marks indicative of the physical pain they underwent, the stones are evidence that their tormentors had intentions of drowning them and keeping their bodies submerged.

In a viral video on social media, a body of a male person tied up like luggage is seen floating in the river. It is not clear whether the body was tied up after or before the killing. What is, however, clear is that it was murder most foul.

Upon inquiry and investigations, it was confirmed that the 11 bodies were not brought at the morgue at one time. They were picked from the river at different intervals spanning a period of about two to three months.

According to the area police, they suspected the bodies had stayed in the river for at least a month or so before being found in Garissa area and retrieved. This, according to them, would mean the point at which the bodies must have been first sank in the river is around Central Kenya – 100-200km upstream from where they were found.

So far, none of the bodies has been identified.

Police issued a public notice for those who have lost their kin to visit the morgue and see if any of the bodies belongs to them. Several families of missing persons have since visited the morgue and went through the difficulty of viewing all the bodies one by one. None of the bodies were identified. They all remain unknown.

What is disturbing is that despite the bodies having been collected several months ago, police have not investigated to find out what happened or who was responsible for the deaths. What is further disturbing is that for all the months the bodies have been at the morgue, the police have not made any efforts to reach out to the families that have lost their kin to ask them to visit the morgue and try to identify the bodies.

The most that police have done is finger print identification. This has not bore results as the fingerprints have been erased by the extended stay in water.

Section 24 of the National Police Service Act provides for the functions of the Kenya Police Service to include maintenance of law and order and investigation of crimes.

The same Act establishes the Directorate of Criminal Investigations in Section 28. The functions of the DCI are provided in section 35 and include undertaking investigations on serious crimes, including homicide. Since the discovery of the bodies, there is no public information to show the regular police or the DCI have undertaken any investigations to bring the murderers to book.

Presently, wananchi are in shock just imagining how the 11 met their deaths. There is concern from human rights activists, leaders and general public as to how such heinous crimes can happen in our country.

The duty to investigate lies squarely on the police. It is frightening to remember that those behind the killings are still roaming scot free. As Kenyans, we must demand that the police move fast to arrest the murderers and bring them to justice.

As a people, we must remain steadfast in demanding that police do their work and investigate crimes and ensure criminals have their day in court.