Article 201 commands that “there shall be openness and accountability, including public participation in financial matters and prudent use of public resources”

• Those flagged out by the Auditor General must held to account through their oversight committees for failing the integrity test, and possibly debarred from public funds. 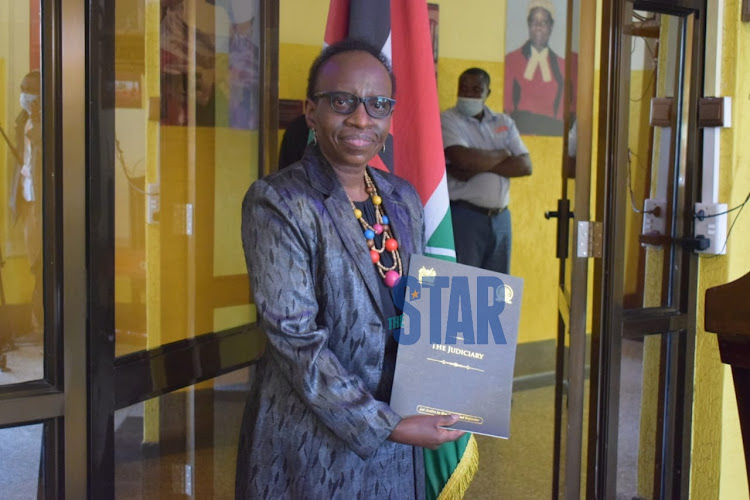 Annually, the Office of the Auditor General releases reports on the expenditure of government ministries, departments and agencies.

Article 10 of the Constitution provides that good governance, integrity, transparency and accountability are key national values and principles in the management of public resources.

These values and principles are not unique to Kenya. They are universal ideals that individuals, organisations and societies have adopted as critical in prudent management of resources.

The 12 principles envision that good governance begins with free elections, fair representation and participation of the people as the first principle.

They presuppose that once there are fair elections, elected leaders will be responsive to the needs of the population, and manage public affairs in an efficient and effective manner. Such leaders are more likely to be ethical and embrace a culture of sound financial management and accountability.

On the basis of the values and principles of governance, Article 201 of the Constitution commands that “there shall be openness and accountability, including public participation in financial matters and prudent use of public resources”.

It is, therefore, not idealistic to entertain the thought that these well-intentioned principles would impact on the manner in which state and public officers apply public resources.

The constitutional principles and relevant laws such as the Public Finance Management Act, the County Government Act and the Urban Areas and Cities Act leave very little room if any for mischief, if followed to the letter.

Article 229 (6) of the Constitution requires the Auditor General to form and express an opinion on whether or not information reflected in financial statements by public institutions fairly represent the true position that public resources have been applied lawfully and effectively.

The opinion is guided by the effectiveness of internal controls, risk management, governance processes and systems, in accordance with the provisions of Section 7(1) (a) of the Public Audit Act, 2015.

An analysis conducted by the Institute of Economic Affairs in collaboration with the National Democratic Institute of the OAG’s report on these expenditures leaves one wondering whether paying taxes and dutifully complying with the income declaration procedures is an act of patriotism and responsible citizenship as Kenya Revenue Authority would want the public to believe.

Of the 148 financial expenditure statements assessed in 2018-19, about half (72) were for MDAs, a third (53) were for National Funds, while six per cent (nine) were for ‘Other Unique Accounts’ such as public debt, while the rest nine per cent (14) were for the revenue Statements.

Nearly a half (47 per cent) of the 148 statements under review had qualified opinion, which is awarded when there are significant cases of misrepresentation of facts but which may not necessarily be widespread or persistent.

Of the 47 per cent that had qualified opinion, 61 per cent of the MDAs were flagged out as tainted with misrepresentation of facts, with revenue statements coming second at 50 per cent.

The upshot of this is that government ministries, departments and agencies constitute the largest number of culprits in questionable management of public funds.

The state departments for Broadcasting and Telecommunications, ICT, Planning, and the Judiciary, which recently had run-ins with the OAG, and the National Assembly Public Accounts Committee are the biggest culprits when it comes to adverse opinion on their financial accounts.

Then there were nine per cent with disclaimer opinion, which is awarded when there is misrepresentation of facts arising from inadequate information, limitation of scope, inadequacy or lack of proper records such that the auditor is not able to form an opinion on the financial operations of an entity.

To the credit of the national government, about a third (34 per cent) of the statements had unqualified opinion, meaning a third of its entities properly represented true and fair views of their accounts.

Equally worthy of mention in a positive light are the 188 financial statements for donor-funded projects audited for the 2018-19 financial year. An impressive 73 per cent had unqualified opinion, three per cent attracted adverse and one per cent got disclaimer opinions. With extra-vigilance and monitoring, governments can do the right thing.

With such damning report by the Auditor General and the user-friendly analysis by the IEA and NDI, the work for citizens and civil society is clearly cut out.

They must now scale up advocacy in collaboration with county assemblies and Parliament to ensure public institutions flagged out by the Auditor General are held to account through their oversight committees for failing the integrity test, and possibly debarred from allocating public funds.