ONE STEP FORWARD TWO BEHIND

Some may say that such a start-stop approach to democratization is to be expected in a consultative process but it is not necessarily true.

• At the same time, the government was engaged in the most flagrant violations of constitutional guarantees of the right to life, with the police murdering at least three people 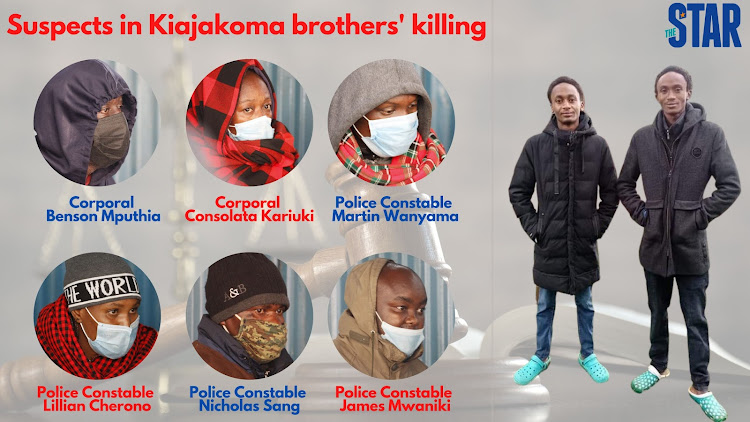 Kenya is a country of marked contrasts. It boasts freezing snow-capped mountains as well as warm sun-kissed beaches. It is home to a few fabulously wealthy people and millions who live in abject poverty. Its governance mirrors these swings from one extreme to another.

The past few weeks have seen the country make important strides in entrenching respect for the Constitution, with the courts firmly rebuffing President Uhuru Kenyatta’s attempt, in concert with his former rival now handshake buddy, Raila Odinga, to mutilate its essential character using the BBI amendments.

At the same time, as it was arguing for the constitutionality of its actions, the government was engaged in the most flagrant violations of constitutional guarantees of the right to life, with the police murdering at least three people, including two brothers, after arresting them for allegedly failing to comply with the Covid curfew.

The killings have drawn condemnation from across the country with even President Uhuru Kenyatta chipping in to demand a full investigation. But it will not be lost on Kenyans that this is a glaring contradiction of his stance following his disputed re-election in 2017, when he commended the police for “the high degree of professionalism and dedication to duty displayed during the entire period”. This was despite the killing of more than 70 people, including infants and children.

Similarly, Raila’s support for the ill-fated BBI was just the latest in a pattern of inconsistencies and contradictions that have been a feature of his political career.

He is widely and deservedly hailed for standing up to the Nyayo dictatorship of the late President Daniel Moi despite being tortured, imprisoned and driven into exile, and as one of the fathers of the Second Liberation.

However, his decision to partner with the dictator following the 1997 elections and even subsume his party withing the ruling one shocked many of his colleagues in the reform movement.

So did his about-face regarding democratic rights once in government, famously declaring the holding of unlicensed political gatherings a “treasonous” act and collaborating in Moi’s attempt to hijack the constitution reform agenda.

The other side of the current political divide is riven by its own contradictions. Deputy President William Ruto is now paradoxically the de facto leader of the opposition, having had a falling out with his boss.

His own history belies his claim that his hostility to the BBI is borne of a wish to defend the Constitution. Not only did he lead the opposition to its adoption in 2010 arguing it would breed more inequalities instead of becoming a catalyst for prosperity and even that “parliament [would] not be able to make changes on its own on some sections once the draft passes”.

He clearly had few problems with the Jubilee government’s violation of the Constitution when it forced the unconstitutional laws through Parliament, including the Security Laws Amendment Act, just as he had previously been happy to see the integrity chapters hollowed out to let him and Uhuru contest the highest offices in the land.

The Judiciary, too, has blown hot and cold on the Constitution, on the one hand affirming its provisions and basic character while at the same time allowing it to be quietly undermined.

One of the most egregious examples is its handling of former Chief Justice David Maraga’s advice to the President to dissolve Parliament for its willful failure to pass constitutionally mandated legislation regarding the not-more-than-two-thirds gender requirement.

A challenged in the courts has yet to even pass procedural hurdles nearly a year after it was filed, a snail’s pace compared with the speed with which challenges and appeals regarding the BBI process were dealt with. This is essentially allowing Parliament and the government to run out the clock, with less than a year till the end of its term, ensuring there will be no consequences.

Some may say that such a start-stop approach to democratization is to be expected in a consultative process where we would inevitably have to live with both wins and losses. And that hypocritical, venal and self-serving politicians are not unique to Kenya.

All that may be true, but it should not make it any less objectionable to those who would wish to see an entrenchment of respect for our social contract