MAN OF THE PEOPLE

City MP reveals why he chose to work with DP Ruto

The legislator has never shied away from controversy.

• After serving one term as a councillor, the father of four upgraded to a parliamentary contest in 2013 and won on a TNA ticket.

• He again defended his seat successfully in 2017 on Jubilee Party ticket. 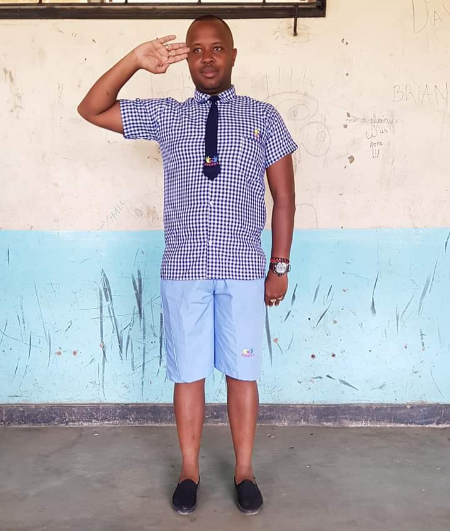 When it comes down to flare for fashion and style, Embakasi West MP George Theuri is a man in his own class.

Arguably, only ousted Nairobi governor Mike Sonko can rival him in pomp and colour. And like Sonko, the legislator has never shied away from controversy. On  August 19, 2019, President Uhuru Kenyatta invited Jubilee elected leaders from Nairobi for a meeting at State House.

While the other leaders went for a smart, casual look, controversial Theuri turned up at the meeting in jeans and flip-flops, a move that sent the social media awash with conflicting reactions.

When prodded for an explanation, the legislator said they had been summoned to State House on short notice.

Then in the same year, he sent tongues wagging after plunging a whopping Sh18 million into a public swimming pool project as bewildered residents questioned the rationale behind the project in an area plagued by incessant water shortage.

Amidst the murmurs, Theuri stood his ground and defended his priorities.

"Some people ask why a pool and not a library or any other thing. Have you ever asked yourself why Umoja estate has the highest number of bars? If the only recreation area we can take our children to are bars, where they can find bouncing castles and what moral are they learning as they see grown-ups indulge in alcohol?

Born on May 10, 1978, Theuri spent his formative years on Nairobi's Umoja estate where he shaped his career in politics.

Upon completing high school in 1994, Theuri took a keen interest in religion and it wasn't long before he joined Nairobi Pentecostal Bible College for a diploma in Theological and Biblical Studies.  “I taught the Bible at teen services and teen camps for quite a long time,” he says.

Meanwhile, he had to find ways of paying his own bills after moving out of his parents' abode. So even as he nursed dreams of becoming a man of the cloth, Theuri delved into hawking apparel to make ends meet. "I started off as a hawker, selling second-hand clothes at Mutindwa market at Umoja I,’’ he said.

Getting into hawking turned out to be a blessing in disguise. Through his business, the legislator widened his network and gradually rose to amass enough popularity that propelled him to the city council in 2007.

His entry into politics was merely by coincidence. Theuri and other hawkers got fed up with constant harassment by council constables.

“We increasingly grew unhappy with how city council askaris were mistreating us. We encountered them in running battles on numerous occasions.

“So one day, we all brought our heads together at a meeting and decided to front one of us for a civic seat believing he or she would address our woes.

“That's how I made my way to the county assembly in 2007 and I have never looked back since then,” he said. 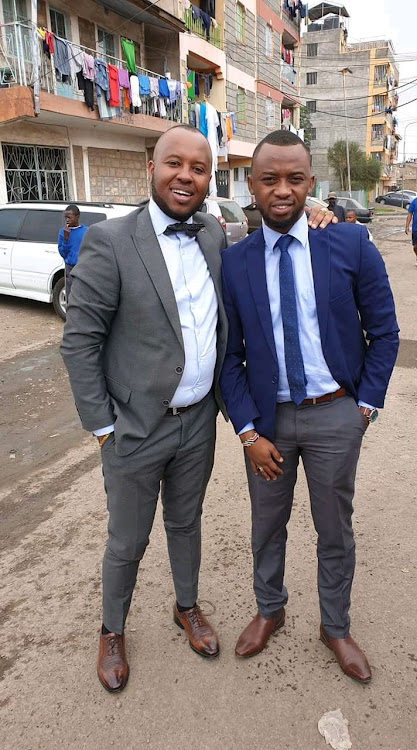 After serving one term as a councillor, the father of three savoured a parliamentary contest in 2013 and won on a TNA ticket.

He defended his seat successfully in 2017 on the Jubilee Party ticket. Theuri believes his greatest asset is his ability to associate freely with the common people, something that gives him an edge over his competitors. “I always ensure I go to the ground to mingle with my constituents. It's the only way I can get to know their real challenges,” Theuri says.

Theuri has also struck a good rapport with area MCAs. Most of the time he is seen assessing projects alongside Umoja I MCA Mark Mugambi ‘Ronaldo’.

“Having a close working relationship with other leaders makes it easy for us to serve our people and roll out development projects,” observes Theuri.

The legislator, who is adoringly referred to as 'Swag' by his doting constituents, explains how the moniker came about.

“Swag is simply an acronym for Someone Who Adores God,” he points out.

Throughout his tenure as Embakasi West MP, Theuri has used the acronym to drive his agenda. A visit to various projects he has undertaken in the constituency reveals just how he holds the acronym close to his heart.

From school perimeters he has constructed to business ventures he has established for residents, the acronym promulgates his presence.

For instance, the words ‘swag na dufo’ splash across the Umoja I swimming pool.

And as much as his detractors have lashed out at him for steering the youth towards blue-collar jobs, the MP insists he has been doing the right thing.

“Not everyone can be a doctor or a lawyer or even a teacher. We ought to observe our children and guide them to pursue what they are passionate about and have the capacity to do,” Theuri said.

“Over the years, NG-CDF Embakasi West has ventured in taking various beneficiaries through short courses in electronic engineering, tailoring, hairdressing, beauty, computer and driving. We thereafter help them to establish businesses in areas of their expertise,” he added.

The second-term MP says he has every other reason to enumerate his blessings in life considering just how far he has come and all the sacrifices he has made in life to attain his current heights.

“I believe we all have to start somewhere.  Looking back from where I started, I remember being a hawker selling boxers, bras, underwear and T-shirts.”

Theuri says that he and Deputy President William Ruto share a lot in common and that's precisely why he chose to rally behind the hustler nation.

“Our DP came from a humble beginning selling chicken and rose gradually to his current status," Theuri says.

“Both he and I represent the majority of Kenyans who were not lucky enough to have a great family name that could have helped them rise to the desired ranks,” he said.

The MP says he is not surprised that there are people who have come out strongly to castigate the deputy president for distributing wheelbarrows across the nation. Those who talk ill of the whole idea had everything handed to them on a silver platter.

“I'm proud to hear young men, women and adults every morning rising up to make ends meet. I know some of us may not appreciate the value of a wheelbarrow or a handcart, especially if we don't hawk sugar cane or even vegetables; if we don't hawk water or even carry heavy loads to survive," said Theuri.

“But just pause a little bit to imagine how life could have been without the vibrant youth who run carwashes, the women who sell vegetables and masons.

“To cut the long story short, not everyone will be lucky enough to secure white-collar jobs but the majority of us have to make ends meet in an honest way and that's why I proudly identify with the hustler nation without any apology,” he added.