• With DP William Ruto appearing buoyed by the recent by-elections wins, I am now convinced that only a Matiang'i presidential candidature would challenge the UDA axis.

• This is because he has demonstrated he is a performer in every docket he had been assigned by President Kenyatta during the Jubilee regime. 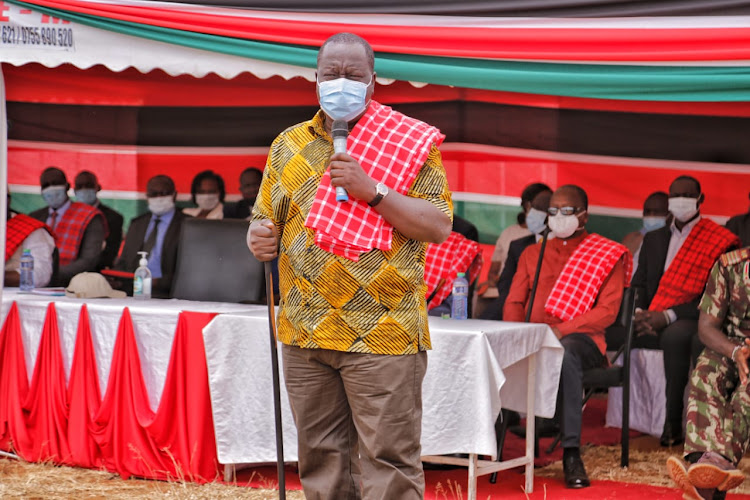 Fred Matiang'i was an unknown lecturer at the university until he was unveiled by the Jubilee coalition principals in 2013 as the ICT Cabinet secretary.

At the ICT ministry, he is credited with the digital migration, which was initially opposed by some media stakeholders.

Matiang'i later served in the Lands docket on acting capacity following the stepping aside of then Cabinet Secretary Charity Ngilu over alleged corruption in 2015.

When the education sector was experiencing problems with examination integrity and leaks, it is him President Uhuru Kenyatta tapped to reform the sector. Here, he earned the moniker the Bulldozer. Among other reforms he delivered in the Education ministry is the curriculum review, which is now being implemented in schools.

When one morning the country woke up to the news of the death of then Interior CS Joseph Nkaissery, I was waiting to catch a flight to Nairobi from Kisumu.

A friend of mine, Prof Tom Ojienda, spoke to me about the sad news and in the course of the conversation, we were tempted to predict a replacement CS for the Interior docket. We predicted it would be Matiang'i, then in Education docket.

Half an hour later, as I landed at JKIA, Prof Ojienda called to confirm that the President had indeed appointed Matiang'i as Interior Cabinet secretary and remained as acting Education CS.

What was the magic of this prediction? The general feeling then in the country was that  Matiang'i was a no-nonsense CS and Mr Fix It for the Jubilee government.

So, in real sense, there was no surprise in the appointment. It was predictable.

When you engage with the "Super CS", as he is referred to by some people in government, you get a feeling of a departure from his media mean-looking mien to an understanding level-headed yet intelligent public servant loyal to his appointing authority.

When by an Executive Order of 2019 he became the chair of the National Development Implementation Technical Committee to supervise projects, one would not resist the temptation to call his the "Prime Minister".

His Principal Secretary, Karanja Kibicho, was also appointed to chair the technical committee of the same.

So, with Deputy President William Ruto appearing buoyed by the recent by-elections wins, I am now convinced that only a Matiang'i presidential candidature would challenge the UDA axis.

This is because he has demonstrated he is a performer in every docket he had been assigned by President Kenyatta during the Jubilee regime.

With his experience, particularly in this second term, he is certainly the only one who can continue the Uhuru's development legacy beyond  August next year.

The recent attempt led by by Nyali MP Mohamed Ali, an ally of DP Ruto,  to impeach him was a confirmation of the fear in that camp of this possible candidature.

His dalliance with former Prime Minister Raila Odinga cannot be accidental or ignored. From where I sit, were Raila to endorse Matiang'i for the top job, a win would be in the offing.

I am convinced the One Kenya Alliance is no threat to the Deputy President and only a compromise candidate of Matiangí's standing can give the hustler nation a  run for its money.

The CS is not tainted by previous failed efforts one way or another or by corruption, and  neither can he be classified as a hustler or dynasty.

His record is about service delivery to this country.

Perhaps its high time Uhuru borrowed from former Tanzania President Jakaya Kikwete, who picked his successor from the Cabinet,  a dedicated officer to progress his agenda in Pombe Magufuli, then Public Works minister.

The writer is the chairman of National Water Harvesting and Storage Authority and  Kenya Security Industry Association. Views here are his.