What all this talk about activist judges?

• Distinguished Indian academic Upendra Baxi would consider an activist judge to be a good thing.

• He distinguished between an activist judge and an active judge. The latter leans towards supports the status quo – and the government in power. 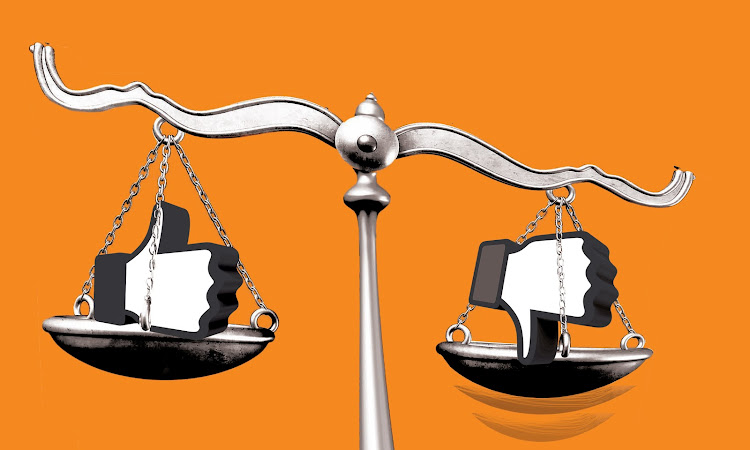 You may have got the sense from newspapers that being an activist judge is a bad thing.

Definitions of “judicial activism” tend to imply criticism. Phrases from definitions include: “Judges allow their personal views about public policy, among other factors, to guide their decisions”; “protecting or expanding individual rights through decisions that depart from established precedent or are independent of or in opposition to supposed constitutional or legislative intent”.

This is not universally true. Distinguished Indian academic Upendra Baxi would consider an activist judge to be a good thing.

In fact, he distinguished between an activist judge and an active judge. The latter leans towards supports the status quo – and the government in power.

JUDGES HAVE BEEN ACTIVIST

It’s important to understand one thing: Judges make law — especially in the legal system that Kenya inherited from England.

Most of that law was originally made by the judges. What you have to do to make a valid contract when you might be liable for defaming someone or for negligently injuring them, what is the difference between killing someone (murder) and killing someone (manslaughter) – all created by judges.

In fact, in England, most of those examples are still not written down in any law made by Parliament.

American judges created the law of privacy, for example.

At some periods it is the done thing to pretend judges don’t make law. At other times judges are more open.

And it is traditional that judges don’t usually suddenly reverse a long-standing rule. If possible, they tend to change the law gradually.

They make law in another way — by how they interpret Acts of Parliament (or Congress), or even constitutions. Even when the law is in an Act of Parliament, the judges can change their interpretation of it – they change the law.

The US Supreme Court may change the US Constitution in the near future. In Roe v Wade in 1973, the court ruled that it was unconstitutional to restrict abortion unduly. What “unduly” meant has been the subject of many later cases.

A new case will come before the court soon – a court with judges appointed by President Donald Trump precisely to change the law.

Roe v Wade was criticised by some as an example of extreme judicial activism. Now many people are fearful of what the court will do and its impact on women.

Judges don’t make law in every case. Sometimes a judge has really no choice — what happened is clear, and the law is clear.

But sometimes they can take a peculiar view of the facts to avoid having to reach a certain conclusion because they are not happy about the law.

Justice Said Chitembwe has sometimes done this in defilement cases. That was being an activist.

I should also make it clear that sometimes judges may find it harder to change the law because it has been stated very clearly by a higher court. If the Supreme Court says something is the law, lower courts are not supposed to decide the law is something different.

Should a judge be called “activist” (as a complaint or insult) if he or she believes the law (whether made by Parliament or by judges) is wrong and the Constitution allows or requires the judge to say the law is unconstitutional – so not law?

Or if the judge decides that an old rule of law is not just old but no longer useful, and there is room for changing it by reading an Act of Parliament in a new way or shifting a judge-made law a bit?

What about the judge who takes the view that “I like what I am used to. I don’t think the law should change.” Why is that judge not an activist?

The judge who decides a case in favour of the Executive won’t be called an activist. But if a judge has a choice (and as I say sometimes they don’t) and chooses to protect the government, that judge is being just as activist as the one who sees the need for change and the possibility of change – and acts on that.

Perhaps people may not be happy about the idea that judges sometimes have a choice — or that law is not always so clear that judges have no choice.

But every time the law says reasonable behaviour is required, it is left the courts to decide in the final analysis what is reasonable in the context.

And when a court has to decide if a law is consistent with the Constitution, or unconstitutional, they probably have some element of choice.

The courts cannot operate like a sausage machine (or a 3-D printer): You feed in the facts (the raw material), the machine is programmed by the law to do exactly a certain thing, and out pops precisely that product.

JUDGES DON'T HAVE A FREE HAND

While judges may have more freedom of action than you might have expected, they do not have, however adventurous they are, a totally free hand.

First, they are supposed to decide only the question before them on the basis of the arguments (and evidence if necessary). Modern judges do their own research (or their researchers do) but they can’t go haring off after some issue that is not argued before them

Secondly, they are not like politicians. They have to base their argument on the law. They give judgments, and they have to explain their reasoning.

Judges do need to be careful. They must remain aware of the risk of allowing their decisions to be influenced by their personal political philosophies, religious beliefs, ethnic loyalties, and even personal grudges.

They must constantly interrogate their decisions and their reasons. It’s not easy. Conscientious people have even declined to become judges because it would compel them to go against their convictions – as Gerald Gardiner QC did in the 1950s because he could not tolerate the idea of having to impose the death penalty.

There is one particular legitimate source of judicial philosophy – the Constitution.

Particularly when that Constitution is the product of a wide-ranging process of public education and consultation, and of professional research and deliberation.

Not like the Constitution buried in 2010: Much of it the product of a process of constitutional mutilation directed by personal ambition, intolerance and scorn for the people.

I have often quoted Baxi. Especially that - when the Indian Supreme Court developed the process of public interest litigation in the late 1970s-80s, creatively building on the Constitution — the Supreme Court of India had at last “become the Supreme Court for Indians”.

He also said the court was, at last, applying the Constitution as written – as opposed to an unwritten constitution that is what those resistant to reform construct around the written document.

It was drawn up to achieve change. And the judges were given a central role in ensuring that change happens – that the Constitution is implemented.

They are to try positively to ensure that the way they read and apply it works towards the achievements of its purposes.

Certainly to attack judges for being “activist” is not in any sense the end of an argument – or even the beginning.

Nor, incidentally, is accusing them of importing foreign notions. The question must be whether their decisions are supported by the law and the constitution.

And whether they are the Judiciary not just of Kenya but for Kenyans – not simply for politicians.

The author is a director of Katiba Institute – but write in her personal capacity.