Atrocities continue unabated in Tigray, why are AU, Igad silent?

AU, whose headquarters are in Ethiopia, suspended Mali days after a military coup but is silent on Addis

• More than 90 per cent of Tigray’s population needs emergency food assistance due to the conflict, according to the World Food Programme.

• Women and girls are being subjected to appalling acts of sexual violence, and over 540 survivors have received help through Unicef programmes since November. 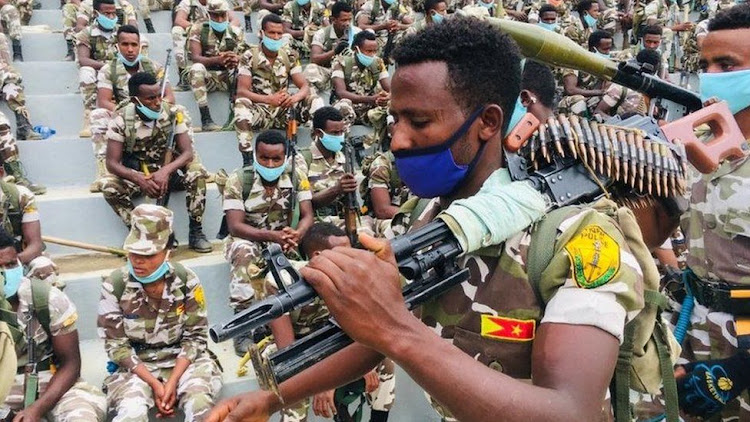 For instance, Unicef said on Tuesday the magnitude and gravity of child rights violations taking place across Tigray show no sign of abating. It said over 6,000 unaccompanied or separated children have so far been identified and registered for protection and assistance.

More than 90 per cent of Tigray’s population needs emergency food assistance due to the conflict, according to the World Food Programme.

“Almost a quarter of all children who were screened were found to be malnourished,” it said.

Women and girls are being subjected to appalling acts of sexual violence, and over 540 survivors have received help through Unicef programmes since November.

The UN agency further said at least 1.6 million people, including over 720,000 children, have been displaced.

“The existing food crisis will be exacerbated if farmers can’t plant now. France joins the international community to call for an immediate humanitarian ceasefire. Unhindered delivery of humanitarian aid depends on it,” France Ministry of Europe and Foreign Affairs said in a tweet on Tuesday.

This is a position shared by German Commissioner for Human Rights Policy and Humanitarian Aid Bärbel Kofler.

The US and the UK also called for a cessation of hostilities by conflict parties and “unfettered humanitarian access” so that aid can flow and famine can be averted.

US Embassy in Ethiopia said on Wednesday, “We agree with the UK that the humanitarian situation in Tigray is rapidly deteriorating. A break in the fighting NOW, coupled with unfettered humanitarian access, will immediately help avert the risk of famine”.

UK special envoy Nick Dyer had on Tuesday called for a humanitarian ceasefire because there’s a growing risk of famine.

“The planting season doesn’t have long left so if the farmers can’t plant now, the situation will get even worse,” Dyer said.

But as the UN agencies, the US and the West sustain pressure on the Ethiopian government, the region (Igad and its member states) and African Union are quiet about atrocities in Tigray.

The AU, whose headquarters are in Ethiopia, reacted to Mali by suspending it days after a military coup but has yet to act on Addis Ababa months after the outbreak of Tigray war and the involvement of Eritrea.

OCHA says as of May 25, approximately 70,319 Ethiopian refugees have fled Ethiopia and are entering Sudan through Kassala, Gedaref, and Blue Nile.

In May, Amnesty International criticised the AU for doing little to deescalate the violence.

AU chairman and DRC President Félix Tshisekedi in May visited Ethiopia and met with President Saleh-Work Zewde and PM Abiy Ahmed but talks were of the dam standoff — not Tigray.

AU objectives include promoting peace, security, and stability on the continent; and promoting and protecting human and peoples' rights in accordance with the African Charter on Human and Peoples' Rights and other relevant human rights instruments.

Since Igad called on Ethiopia and TPLF (without naming it) to show restraint, de-escalate the tensions and resolve the differences through dialogue on November 7, not much has been heard from it.

Executive secretary Workneh Gebeyehu has been Ethiopia’s Foreign minister, a member of Oromo People's Democratic Organization and EPRDF, which became the Prosperity Party in 2019.

Kenya, which sits in the AU Peace and Security Council and UNSC has also been loudly silent, leaving Ireland to raise the question on Ethiopia at the security council.

Ethiopia Foreign Affairs spokesperson Amb Dina Mufti, on Wednesday said the government will continue addressing the concerns of the US and the international community regarding issues in Tigray, "not only caring for the relationships but also out of its deep concern for the wellbeing of the people of Tigray"

He, however, said the international community should respect its domestic affairs.

US imposes restrictions on Ethiopia over Tigray war

Thousands of people have been killed and many more displaced.
News
2 months ago

US urges Kenya to address crisis in Ethiopia’s Tigray region