Media houses can call an election, if they try

• The shenanigans surrounding presidential elections in this part of the world are not just limited to politicians and election officials.

• Media, both state and independently-owned outfits, are very much implicated

by PATRICK GATHARA Political Cartoonist and Commentator
Siasa
22 May 2021 - 05:00 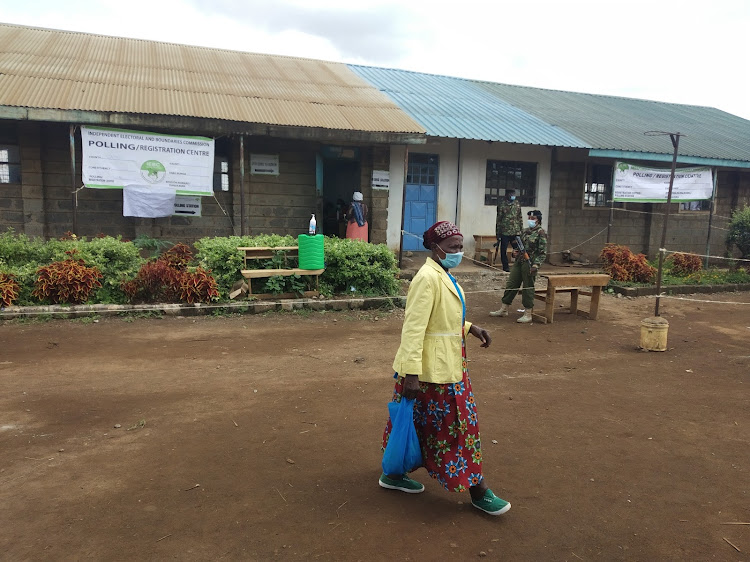 This week I had an exchange on Twitter with the Radio Africa Group’s digital editor, Oliver Mathenge, over the Kenyan media’s role in covering elections and more specifically, calling the contests.

While the immediate context of the discussion was the chaotic Bonchari and Juja by-elections, the exchange extended to coverage of the annulled 2017 elections.

It is a topic worth revisiting as the country starts gearing up for next year’s General Election. The shenanigans surrounding presidential elections in this part of the world are not just limited to politicians and election officials. Media, both state and independently-owned outfits, are very much implicated not only in the violation of electoral laws but in fostering a climate of obfuscation that allows malfeasance to thrive.

The 2017 elections were a good example. During the campaign period, our electoral laws prohibit the government from advertising its achievements on the logic that this would be akin to using public resources to help incumbents. Yet, when the Presidential Delivery Unit decided to do exactly that, our media stations were more than happy to carry the advertisements – knowing them to be illegal – and to pocket the public’s money. Four years later, despite a court case instituted by Katiba Institute to establish the extent of violation of electoral laws by the PDU, we still do not know how much money the media pocketed.

More germane to my exchange with Mathenge, in the run-up to the election, the courts had declared, in a constitutional petition filed by Maina Kiai, that election results announced at the polling station and at the constituency tallying centres were final and could not be altered by officials of the Independent Elections and Boundaries Commission at the national tallying centre in Nairobi who announced the official outcome of the presidential election. This, in essence, meant that the media could collect and tally these figures and independently determine who had won. That would allow the public the opportunity to confirm that what was announced by IEBC officials in Nairobi was an accurate reflection of the vote.

Mathenge argues that because there were over 40,000 polling stations, many of which are in remote areas, it is unreasonable to expect that any media house would have the resources to collect the results from there in real time. This is true. However, there are just 290 constituency tallying centres and no media house had the outcome declared there either. In fact, rather than present the vote tallies announced there, media opted to run what IEBC lawyers at the Supreme Court would later disown as “statistics” – a feed from the electoral body that purported to show the outcomes as announced at the polling stations but that turned out to be unreliable.

The real reason that media houses did not have independent tallies had probably more to do with threats by the government to withdraw their licences if they published them. Though clearly without foundation, such threats – along with the inducements of illicit earnings from the PDU ads – were nonetheless effective. It is not lost on observers that following the repeat presidential election, media owners and senior managers were more than happy to collaborate with the state in silencing journalists who dared to air the mock swearing-in of Raila Odinga as the People’s President in January 2018.

It is also noteworthy that to date, no media house has independently published the results either from polling stations or constituency tallies from the annulled election to allow the public to see whether there were indeed any discrepancies between what the IEBC announced and the actual results.

As the 2022 election approaches, many of the problems that led to the annulment of the election in 2017 persist. As Mathenge has noted in a subsequent Twitter thread, the limitations that media houses have in collecting polling station results are still evident. That even in Juja, with just 184 polling stations, media could not do (or chose not to do) independent collation of the results, is an indictment of this lack of interest in performing what should be a key function of media in a democracy – safeguarding the vote.

Mathenge, however, has some useful suggestions about what media can do to address this, including collaborating in collecting the results. If media enterprises got together to establish a joint, independent tallying centre, they probably could pull together the resources and support to cover the release of election results from polling stations in real time and to call the election. If that proved impossible, they could much more easily cover the release from tallied figures from the constituency tallying centres. Either way, there should be no excuses next year.

Patrick Gathara is a cartoonist, columnist and commentator on Kenya and international affairs.

by PATRICK GATHARA Political Cartoonist and Commentator
Siasa
22 May 2021 - 05:00