Sex and teenagers: The unresolved dilemma

To change the law would not stop the rate of young sexual experience or teenage pregnancies.

• The girls’ consent to sex is legally irrelevant: It is a serious offence to have sex with a girl under 18, period.

• The broad problem remains: Young men are being sent to prison for doing what young men have done since the dawn of time. Their careers are blighted, they may be separated from a young woman whom they love and have been living with 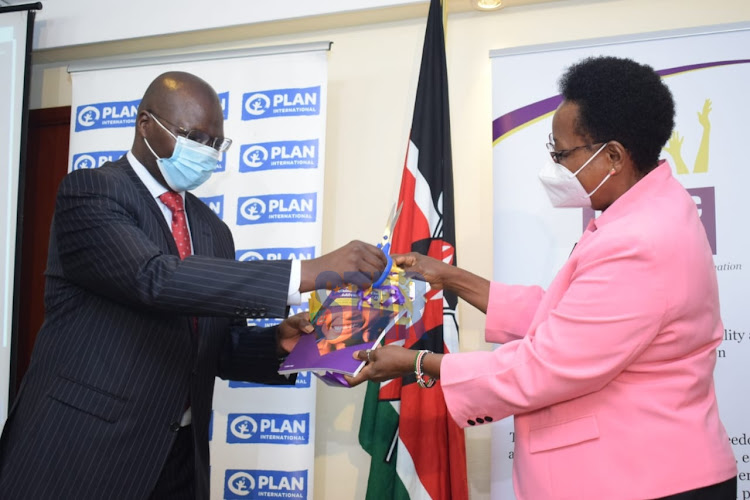 Ministry of Labour and Social Protection CS Simon Chelugui and National Gender and Quality Commission Chairperson Joyce Mwikali, during the launch of Minimum age of consent for sex report in Nairobi on March 17, 2021.
Image: CHARLENE MALWA

Justice Said Chitembwe’s interview for Chief Justice post has focused attention again on the issue of young men convicted of having sexual relations with girls under 18 years.

I am sympathetic to those who suggest that the Sexual Offences Act is a blunt instrument, sending to prison young men who have had sex with girls who are little younger and have been perfectly happy with the situation. The girls’ consent to sex is legally irrelevant: It is a serious offence to have sex with a girl under 18, period. The only defence is that the man thought that the girl was in fact 18 or more, so that a crucial ingredient of the offence was missing.

In the particular case, I was more doubtful: The girl was actually 13 years, and I wondered how credible it was that the young man believed a 13-year-old was actually 18. My doubts grew when it became clear from the case that the man was a family friend and regularly visited the house.

But the case illustrates something that lawmakers turn a blind eye to: If the people who administer the criminal justice system believe they are compelled to do an injustice, they will try to avoid even convicting an accused person. As a young law lecturer, I lived in Nigeria. The government passed a law imposing a minimum sentence on anyone convicted of possessing even a tiny quantity of marijuana. I met a former student who was a magistrate. “We don’t convict,” he said.

But this tends to produce inequalities. Some magistrates would follow the written law strictly. Others would not, making the justice system a lottery.

TWO SIDES OF THE PROBLEM

The conversation on that subject was sparked off by suggestions from judges. The Court of Appeal said: “Our prisons are teeming with young men serving lengthy sentences for having had sexual intercourse with adolescent girls whose consent has been held to be immaterial because they were under 18 years. The wisdom and justice of this unfolding tragedy calls for serious interrogation.”

This is not to say that early sexual relations, and its possible consequences, are not a serious matter. Clearly, a large number of Kenyan teenagers have had sexual relations. And a very significant number of girls get pregnant as a result. It precipitates girls into parenthood before they are emotionally mature enough or settled, risks serious injury to their health because their bodies are not ready, and often interferes with their options in life, including education, careers and, later on, marrying. It may give the child a difficult start in life.

How parents use Sexual Offence Act to settle scores

For centuries, the age of marriage (and of consent in this sense) was grounded in a view of the role of women that we would not now openly espouse. It depended on when girls were assumed to reach puberty. And when that happened, they could be married – after all that was their role in society. Many societies treated about 13 as being the age at which a girl became “a woman” in this narrow, biological, sense.

Another aspect of law in the past was that the law prohibiting sexual relations was as much grounded in the rights – almost the property rights – of men in women as in the wishes of women. Men could sue — and get compensation — because their wives, daughters or female servants had been seduced or raped.

The language of the law carries overtones of this past time: A girl who has sex has been “defiled”. The underlying notion is that she has been made impure, unclean or polluted.

There is a lingering notion that sexual relations are something that men do to women. While it is not doubt too often the case, it is also important that we don’t treat women as powerless playthings of a male world. They must be treated, encouraged and educated, as able to make their own decisions.

The National Gender and Equality Commission recently published a report of consultations they had on the issue of whether the age at which having sexual relations is not a crime – at least on one side – should be changed.

Notwithstanding that this was their starting point, NGEC did not make any concrete suggestions about how to deal with the dilemma. Their suggestions included that the issue needed further discussion.

The NGEC invited various groups to contribute to the discussions, including children. They report that the children almost all said they did not want the age of consent reduced – because they would be more exposed to the risk of sexual intercourse and its consequences.

I worry that the children knew what they ought to say. The law, as it is, does not stop girls being exposed to sexual activity. In fact it seems to be a dismal failure.

To change the law would not stop the rate of young sexual experience or teenage pregnancies. But it might prevent some of the tragedies that the Court of Appeal pointed to.

There is virtue in saying that any sexual relation with a very young person is automatically a crime. But arguably putting that age at 18 is one cause of the problem. If sex with a person aged 16 or more was not a crime unless done against the person’s will (unless it was really rape) the law might approach reality a bit more. One obstacle to this is the fact that marriage under 18 is unlawful, and there is a reluctance to separate the age of sex from the age of marriage. Morality becomes an obstacle to common sense solutions.

A narrower exception would be to say that if the age gap between the parties was not great (maybe not more than four years) then there is no offence, if the girl consented. This approach is used in various countries, including various US states, and South Africa. The moralists would still object – one or both are having sex when they are too young to marry.

A more drastic solution would be to reduce the age of marriage to 16. This would remove the last objection, but it would often be meaningless, because the couple are not married and have no wish to be so. And it could have the negative consequence of couples being forced to marry when they are too young.

Judges took things into their own hands when they – or some of them – decided that they would not automatically impose the required minimum sentence. This is based on the Constitution – on the idea that the punishment should fit the crime, and the moral responsibility of the person convicted, and on the idea that decisions on sentences should be those of the judges in individual cases.

But it is a less than perfect solution. It takes us back to the problem of different judges taking different approaches. And it leaves a young man with a criminal conviction, even if not a savage sentence.

Something else worth considering is to give the courts a formal “out” from the rigid obligation to impose minimum sentences (not only in sexual offences cases). In South Africa, they may a give a lesser sentence than one fixed by law, if there are “substantial and compelling circumstances” – and the court must make it clear what those circumstances are. It offers the possibility of a consistent approach by judges.

The criminal justice system is not the right place for a young couple in love or even in sexual experimentation. It is regrettable that NGEC did not help us bite the bullet a bit more firmly.