Men have experienced sexual violence and people never believe them.

• Gender-based violence is one of the most persistent violations of human rights across the globe.

•  Kenya Violence Against Children in 2010 reported that one-in-five Kenyan males have experienced sexual violence before the age of 18 years. 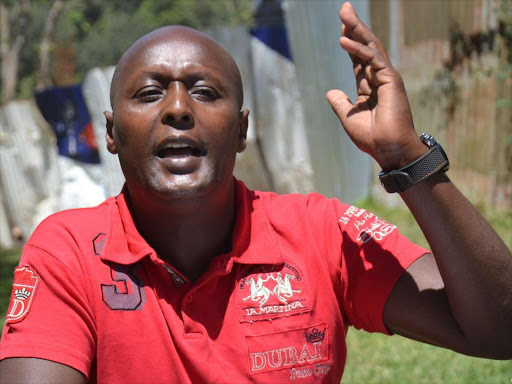 FORGOTTEN GENDER: Maendeleo Ya Wanaume chairman Nderitu Njoka addresses the media a Nyeri hotel during a past briefing
Image: FILE

At least five per cent of boys and per cent of men are survivors of gender-based violence, Gender Violence Recovery Centre says.

Gender-based violence is one of the most persistent violations of human rights across the globe. Kenya Violence Against Children in 2010 reported that one-in-five Kenyan males have experienced sexual violence before the age of 18 years.

Even though reports show that men are the main perpetrators of gender violence as GVRC and Kenya Demographic and Health Survey’s statistics show, we shouldn’t be blinded to the fact that women can also be perpetrators of sexual violence.

A study by Maendeleo ya Wanaume in 2008, reported that at least 2.1 million men in Kenya experience abuse daily. Abuse against men is carried out in many forms, including battering and inflicting bodily harm. Only mminimal cases are reported. The number has continued to increase, with reported cases from 1.5 million in 2009 to 2.1 million in 2013.

In Kenya, around 18 per cent of males have reported violence and it’s something that hasn’t been given greater attention as compared to women. Most men prefer to keep silent of their issues as compared to women, who tend to let it out to friends and relatives thus making their mental stability more positive.

Men have experienced sexual violence and people never believe them. It can also lead to emotional trauma, a feeling of lack of self-worth, lack of discontent dissatisfaction, mental depression, fear, mental stress, and confusion of not knowing what to do or who to turn to.

Gender-based violence in men mostly causes negative consequences such as broken marriages, alcohol and substance abuse, which can lead to sabotaging the relationship completely. The impact can be fatal, reduce productivity and also lead to poverty related situations. Global advocacy on gender-based violence against males is needed. Support and care are also needed in order to help males be open about violence in marriages and relationships.

Achieving gender equality means that even men should be listened to and also have community dialogues to end discrimination because they also suffer in silence.

When a man is being violated and tries to be open about it, other men will be like ‘how can a man be beaten by a woman. It’s not even understandable!’

Lets stop victim-blaming and offer safe space for men as well. Violence in men is more frequent and less visible and harder to solve due to ineffective law enforcement. Quality access to information and services will greatly help youth make the right decision and understand that everybody can go through violence.

Men who experience violence are not mentally unstable they are just victims and this could be your brother, cousin, or friend.

It’s therefore important that the government ensures full implementation of the legal frameworks and policy in addressing GBV in Kenya as stipulated in the Constitution and the Bill of Rights.

As stakeholders in the community, we must ensure, the recognition and implementation of the revised Sexual Offences Act 2007 capturing the definitions and recognising males as victims of GBV.