Engaging in mob justice is a criminal offence and if caught, culprits could face assault and/or murder charges

• When crime becomes rampant, the people question the work of security authorities.

• They feel the security authorities are not doing enough to rein in on insecurity and so they choose to do so themselves. 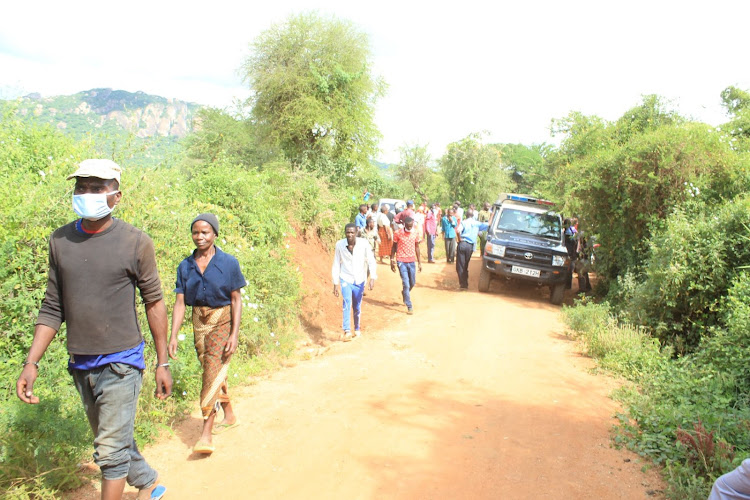 In the last two weeks, at least six people at the Coast are reported to have been killed by mobs on suspicion of being involved in crime.

At least three others were severely beaten and almost killed. In one viral video on social media, a suspected thief was burnt alive with a tyre around his waist as onlookers watched.

In another video, two young men were stoned to death using huge bricks. In Kilifi, two suspected thieves, who were believed to have tried to steal from an M-Pesa shop, were seriously beaten by a mob. It would appear the people are taking the law into their own hands.

The practice of mob justice has for many years been happening in Kenya unchecked. In the process, lives and property worth millions have been lost. The trend shows that whenever crime is reported to be high, cases of mob justice also increase.

At the Coast and other parts of the country, many such incidents have been reported particularly in informal settlements. In the recent past, boda boda riders have been on the spot for engaging in mob attacks against motorists.

Cars have been burnt as the drivers were either beaten to death or seriously injured. This even led the Inspector General of Police releasing a stern warning last month against boda boda riders against taking the law into their hands.

It is important to note that only the courts have the authority to prove guilt or innocence, not the public or the police. Therefore when any individual outside the court of law decides to declare guilt of a suspect, they are breaking the law and the Constitution. Thus, what is referred to as mob justice is actually a great injustice to the suspect, as it does not accord them their day in court.

The rise in mob justice is usually an indication of lack of faith in the justice system. When crime becomes rampant, the people question the work of security authorities. They feel the security authorities are not doing enough to rein in on insecurity and so they choose to do so themselves.

Many are times when communities have warned suspected criminals that they will be killed. In many of these situations, the threats were actualised and suspects killed. The complaint from communities usually is that when suspects are presented to the police, they are released back to society to continue with their criminal acts.

In other cases, police complain that they present suspects in court but they are released soon after. The courts, on their part, say the evidence presented is weak and thus cannot convict.

It, therefore, becomes a series of complaints and finger pointing with no solution.

Even the public is to be blamed because in many instances, it refuses to give testimony and record statements. Due to this lack of coordination by all concerned, the suspect is set free. The result of this is a lack of faith in the justice system and the people resorting to mob justice.

Article 29(c) of the Constitution provides that “every person has the right to freedom and security of the person, which includes the right not to be subjected to any form of violence from either public or private sources.” This right is also guaranteed to suspects of crime.

It is important, therefore, for Kenyans and more so the public to understand that engaging in mob justice is a criminal offence and if caught, participants could face assault and/or murder charges.

At the same time, mob justice incidents should be a reminder to justice actors that they are failing in their work and that is why people are resorting to assaulting and killing suspects.