With Magufuli's demise, will Tanzania change stance on EAC?

Magufuli’s nationalism did not do much to improve the ties and his predecessor Jakaya Kikwete did.

• While Magufuli was a Pan-Africanist, a number might disagree about his commitment towards regional integration

• Other than skipping the 21st Ordinary Summit on February 27, the last day he was seen in public, his handling of the Covid-19 pandemic surfaces. 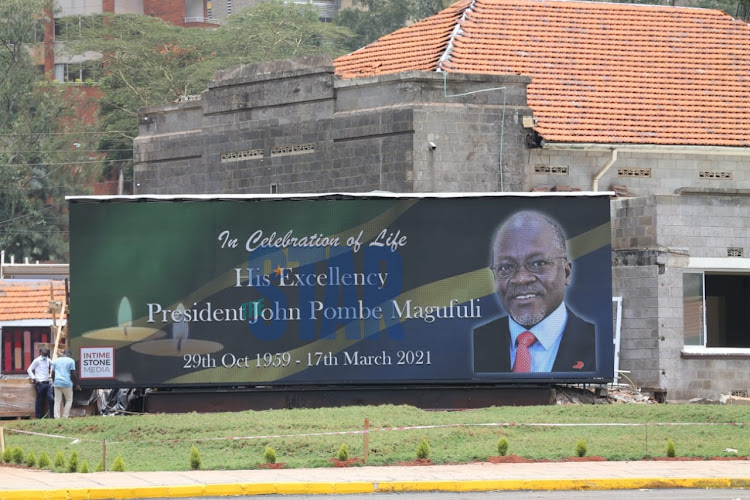 President Kenyatta said he worked with Magufuli closely in forging lasting bonds between the two countries.

African Union chairperson Moussa Faki, in his condolence message, said the continent has lost “a champion of regional cooperation in the East African region and a committed Pan Africanist leader”.

While Magufuli was a Pan-Africanist, many might disagree about his commitment towards regional integration and “forging lasting bonds between Kenya and Tanzania”.

Other than skipping the 21st Ordinary Summit on February 27, the last day he was seen in public, his handling of the Covid-19 pandemic surfaces.

At the height of the coronavirus outbreak in April and May 2020, EAC leaders convened virtual meetings to deliberate on measures to curb the spread in the region. He was missing, as did the then President of Burundi Pierre Nkurunziza, who also succumbed to Covid-19.

Former Prime Minister Raila Odinga, who was his close ally, hinted during an interview with the BBC that Magufuli had not been in communication with other leaders in the region. The agenda of the meetings was the management of the cross-border spread of the virus.

In May last year, Tanzania banned Kenyan truck drivers from entering the country after Kenya blocked the border alongside that of Somalia.

President Kenyatta, however, left room for truck drivers to allow food transport, but the drivers had to undergo compulsory Covid-19 tests and be declared negative before being allowed across the border posts.

And when Tanzania refused to release Covid infection data in May, Uhuru, in a presidential address in July, fell short of mentioning it as one of the countries hiding Covid-19 information.

“Some of you are asking why we are doing this [escalating war on Covid-19] and other countries are doing okay. But we are in a democracy and as I said, we will tell you the truth. We will not hide information to create an impression that we are doing fine,” Uhuru said in Kiswahili.

In August, Tanzania banned Kenya Airways from flying into the country after Nairobi excluded it from the list of countries allowed to operate international flights starting August 1.

The two countries previously had problems since Magufuli came to power. In 2017, Tanzania incinerated 6,400 Kenyan chicks, which were allegedly imported illegally. In 2018, Tanzania imposed a 25 per cent import duty on Kenyan confectionery.

While the hostilities between Kenya and Tanzania and the latter's negative attitude towards the EAC have been historical, Magufuli’s nationalism did not do much to improve the ties as his predecessor Jakaya Kikwete did.

With Vice President Samia Suluhu Hassan taking over, will Tanzania change its attitude towards regional integration?

Ado Shaibu, secretary general of ACT Wazalendo, told the Star that political economy largely contributes to relations between states, and Magufuli's approach in defending Tanzania's resources from multinationals — mainly based in Kenya —  might have affected ties with Nairobi..

Shaibu, however, noted that while there have been friction, there were more common interests that brought EAC leaders together.

He, however, opines that Mama Suluhu, being a liberal, might not be "punchy" as the nationalist Magufuli.

This, Shaibu says, is likely to restore relations between Tanzania and Kenya and with the EAC by extension.

President Suluhu might just be the solution to the hostilities.