• The ODM factor and Governor Joho's endorsement will be critical in determining the next Mombasa governor. 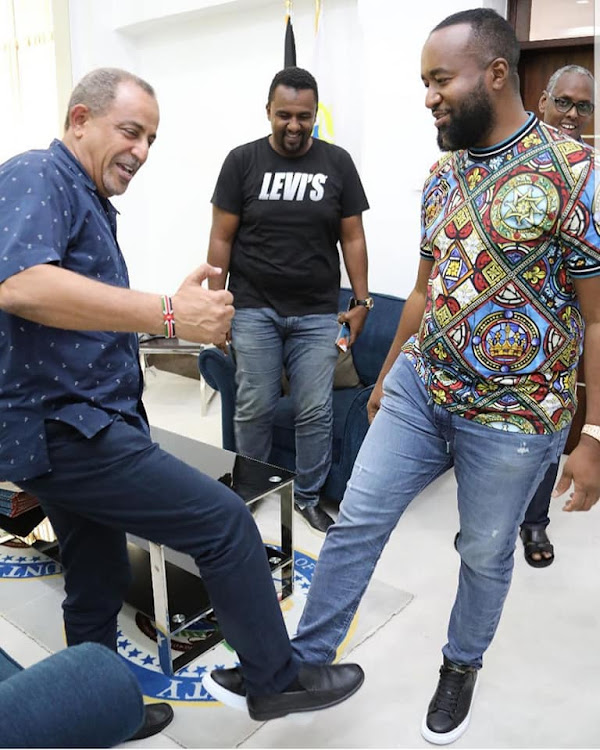 The battle of titans is expected in Mombasa as the gubernatorial aspirants begin their campaigns ahead of the general election next year.

At least eight hopefuls have shown interest in succeeding Governor Hassan Joho, who is finishing his second term in office. The ODM deputy party leader has since announced plans to go for the presidency.

Former county secretary Francis Thoya had in 2018 started his grassroots campaigns but suddenly went silent. Thoya had been poised to deputise Joho in 2017 but behind the scene manoeuvres saw him knocked out.

Former Nyali MP Hezron Awiti, who ran against Joho in 2017 and finished a distant fourth with  4,000 votes, is said to be planning a comeback.

He has not declared publicly that he will run.

The county has more than 580,000 registered voters.

Likoni MP Mishi Mboko, a close ally of Joho, is also said to be considering giving it a try. She would become the first woman to go for the top seat in the region.

There have been attempts by the Tangatanga faction of the Jubilee Party to have Nyali MP Mohammed Ali to vie but the first-term MP has flatly refused. He will defend his  Nyali seat.

Omar will give the seat a second shot after his unsuccessful bid in 2017, when he finished third on the Wiper ticket. He will now vie on the UDA ticket.

Joho, who was in 2017 facing onslaught from the Jubilee government  over his hardline political stance, won with 220,576 votes against Shahbal’s 69,322 votes. Shabal has lost twice to Joho — in 2013 on the Wiper ticket and in 2017 under Jubilee.

“The 2022 election will be Shahbal’s third attempt. It is do or die and he cannot afford to lose again,” a senior official in his campaign secretariat said.

Shahbal has poached Joho’s political schemers, among them Major (Rtd) Idriss Abdirahman, to help him venture into the murky political waters next year.

The businessman is also seen to be enjoying Joho’s support, even though the Mombasa governor has not openly endorsed his candidature.

Last year, when Covid-19 was ravaging the country, Joho partnered with his former rival Shahbal to help him fight the virus.

Shahbal’s idea of a disinfecting booth at the Likoni ferry crossing was quickly taken up by Joho and within a week, the first sanitising spraying booths were launched in Mombasa.

The spraying booths propelled Shahbal back to political stardom within Mombasa, after going silent after losing the 2017 election.

In August last year, Joho awarded Shahbal the Sh6 billion tender for the new Buxton Point Estate, which will have 1,900 housing units.

Nassir, who was seen as possible Joho’s successor, opposed the Buxton Housing project, but lost the battle after the High Court allowed the project to continue.

All the 500 tenants of Buxton Estates were kicked out in two days after the case. Nassir unsuccessfully tried to stop the evictions.

To complicate matters for Nassir, Shahbal has announced he will vie for the seat on the ODM ticket, causing a storm within the Orange party. Nassir was favoured to get the ODM ticket.

Late last month, as ODM leader Raila Odinga was planning a five-day Coast tour of Mombasa, Shahbal announced, “He is coming back home."

He recounted his time in ODM in 2013, when he first ventured into politics. He narrated  how he asked Raila to let him square off with Joho for the ODM ticket for Mombasa governor.

“I was pushed out and joined Wiper, from where we still supported Baba,” he said.

“In 2017, they closed the door on me and I had no choice but to join Jubilee. But now there is the handshake. We have come back home,” he said.

Nassir and Shahbal accompanied Raila during his Mombasa visit on March 4.

There were numerous attempts by Nassir to ensure Shahbal was not given an opportunity to speak during the roadside rallies.

The two politicians have been using the same campaign strategy — campaigning at the grassroots level.

Shahbal has established the Gumzo Mtaani initiative, in which he meets different groups of people to sell his 2022 candidature.

On March 14, for instance, he  met with the Taita Taveta community living in Mombasa.

Nassir, on the other hand, has been moving to churches and different regions to popularise his candidature. He has also been launching projects in Mvita.

On Sunday, Nassir visited the Methodist Church in Changamwe.

“I am blessed to represent a cosmopolitan area and our peaceful co-existence despite our religious beliefs, cultural and or political differences is indeed worthy to be emulated,”Nassir said.

Mbogo, a first-time MP, has also been active on the ground. He is from the native Mijikenda community, who according to the 2019 census, make up about 50 per cent of the Mombasa’s population.

The natives do not, however, register in big numbers as voters.

But to win the governor race — as has been in the case in the last two elections — you need to have a Mijikenda as your running mate. Joho had Hazel Katana in 2013 and when they fell out,  he went for Kingi.

The Luos, the Luhyas and the Kambas also form a huge diaspora voting bloc, which helped Joho in the last two elections.