Violence during by-elections harbinger of what to expect in 2022

Will meaningful legal action be taken against perpetrators of electoral violence and other malpractices?

• There can never be a credible election in this kind of environment.

• If left unchecked, politicians will continue to use such disruptive tactics to suppress voter turnout in their favour. 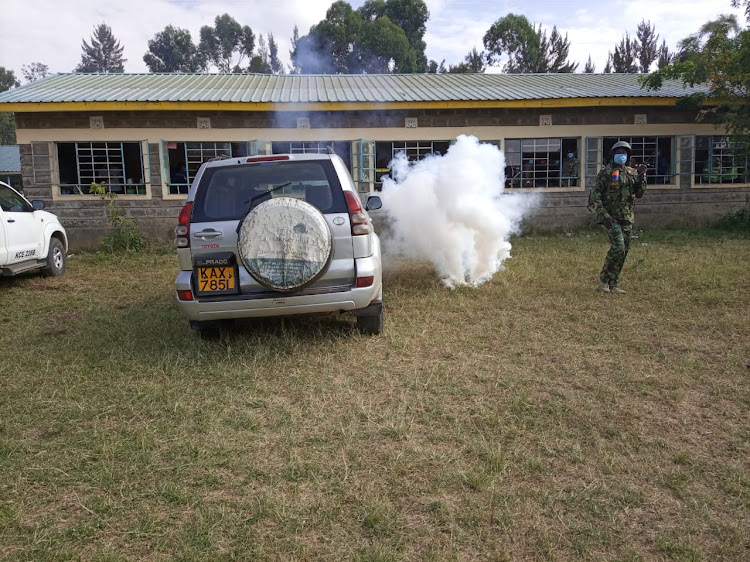 Working in the electoral agency in Kenya has on many occasions proved to be very risky.

Those managing elections in whatever capacity should be referred to as frontline officers who should benefit from adequate measures to protect them from harm. This comes to mind following the chaos witnessed in the March 4 by-elections in Nakuru, Kakamega, Kisii and Bungoma counties.

The presiding officer is the topmost official in any polling station. As long as his/her conduct is consistent with electoral laws, assaulting the PO r is a total breach of the Constitution, the Elections Act, the Code of Conduct and Political Parties Act.

Former Sports CS Rashid Echesa was caught on camera doing just that in Matungu. He has been charged in court and denied the charges. Perpetrators of such acts must be dealt with decisively in accordance with the law.

This was not the first time this was happening. In the 2017 election, a comparable case was recorded of a sitting MP physically assaulting a constituency returning officer in full glare of the members of the public and the media. The MP walked away holding her certificate of victory signed by the same officer she humiliated.

Apart from physical injury, why subject an adult to such emotional torture, rebuke and shame? Other than these people being polling officials, they have their private identities as spouses, fathers, mothers and siblings.

Anyone who watched the woman polling official being frog matched in Matungu by rowdy youths taped the shameful ordeal while chanting expletives must have sympathised with her and wondered where the police responsible for the station were as this happened.

How are we supposed to believe in the integrity of election results obtained through such coercion? How can one explain the huge presence of MPs masquerading as chief agents when the law stipulates that there can only be one such officer in every polling station per party/independent candidate? Where did the warmongers get their accreditation badges?

It is incumbent upon the IEBC to restore public faith in elections, even if it means overhauling the security arrangements by, for instance, allocating more security personnel per polling station. In the absence of this, how would voters,especially vulnerable ones like the elderly, ill persons and persons living with disability be expected to exercise their voting right?

There can never be a credible election in this kind of environment. If left unchecked, politicians will continue to use such disruptive tactics to suppress voter turnout in their favour.

The vision for the Registrar of Political Parties is to be a model regulator of parties for a viable democratic and multiparty system. It has the mandate to register, regulate, monitor, supervise and investigate the conduct of all parties to ensure compliance with the Political Parties Act and Code of Conduct. It, however, lacks power to sanction parties for the conduct of their members.

The violence witnessed during the by-elections was mainly perpetuated by party supporters, as there was no evidence that those of independent candidates were involved. It is thus incumbent upon political parties to restrain their supporters from violating the law.

Without their doing so, it is hard to imagine that the vision of the regulator can be achieved in an atmosphere where parties prevent competitors from campaigning freely in their so-called strongholds. Or is this a case of complicity by the party leaders?

To deter such incidents, Parliament must give the Registrar the authority to de-register the culpable parties and take disciplinary action against their leaders, including barring them from holding any public office.

Media houses must also stop irresponsibly disseminating premature results that only help to inflame the situation. Their behaviour seems to suggest partiality and a desire to cast aspersions on results that do not fit their predictions. This is not only dents their professional credibility but also creates doubts about their independence and ethical conduct.

It would be interesting to see if meaningful legal action is taken against perpetrators of electoral violence and other malpractices. Unless there is successful prosecution of such cases, what we observed in the by-elections is a good predictor of what to expect in 2022 General Election.

Ezekiel Obonyo is a political scientist and comments on topical issues