Nabulindo: Propelled into politics by acts of kindness 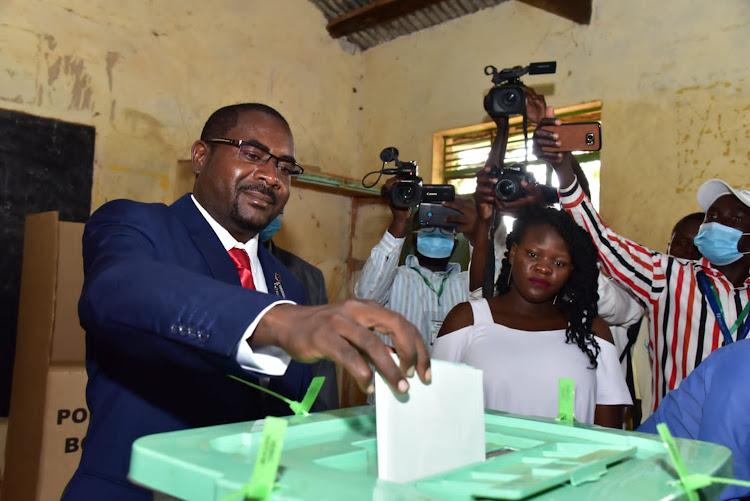 He left the institution of Parliament in March 2017 as a Hansard editor of the Senate and returned four years later as the new MP for Matungu.

He joined the PSC after graduating with a Bachelor's in Sociology, specialising in English and Administration, as a Hansard reporter in 2002.

His father ran for Matungu MP in 2007 and lost to then-incumbent David Were. The son would later beat the same opponent in a hotly contested by-election on March 4, 2021.

During his stint at Parliament, Nabulindo was sent for training in parliamentary reporting and parliamentary service management and administration in Abuja Nigeria, Philippines and Westminster, Britain.

The PSC sent Nabulindo to the Pan-African Parliament in South Africa in 2006 on secondment and training for a year. He was again sent to the continental parliament in 2011 for another year.

He was appointed senior Senate Hansard editor in 2015 where he worked until March 2017 when he quit to try his hand in politics.

Nabulindo contested for the Matungu parliamentary seat and finished second after Justus Murunga. He got 10,636 votes after Murunga's 18,088 votes. Were came in third with 8,618 votes.

Nabulindo on March 4 convincingly won the Matungu seat with 14,257 votes, beating Were who garnered 10,565 votes on the ODM ticket.

After losing the 2017 election, Nabulindo ventured into the hotel business. He runs Two Gardens Hotel in Nairobi.

In 2009, Nabulindo founded the Mashinani Initiative, a CBO that engaged in community outreach programmes to support the less fortunate, as he worked in parliament.

He built houses for widows, paid school fees for orphans and poor children in the constituency and supplied food rations to poor families.

It is this work, he says, which catapulted him into politics.

"I started the projects to help the poor and it was purely out of my heart to touch the lives of people with no intention of [engaging in] politics,” Nabulindo says.

"One day in 2016, after building a house for an old mama in my Namamali village, residents started calling mheshimiwa. This a left me pondering about a political career."

Nabulindo said although he was not prepared financially for the by-election, ANC leader Musalia Mudavadi fully financed his campaigns.

After Murunga's death, Nabulindo was the much-sought-after candidate by major political parties as an easy sale having finished second in the 2017 general election.

Nabulindo says he approached by Deputy President William Ruto's UDA, ODM and ANC. The latter snatched him after a night meeting with six MPs at his residence mid-December.

He credits his win to his Abashitstetse clan, the majority in the Wanga sub-tribe, ANC's popularity and Mudavadi's support.

"I was keen to get the right party because I really wanted to go to Parliament. After consulting elders and supporters they told me to use ANC," Nabulindo says. 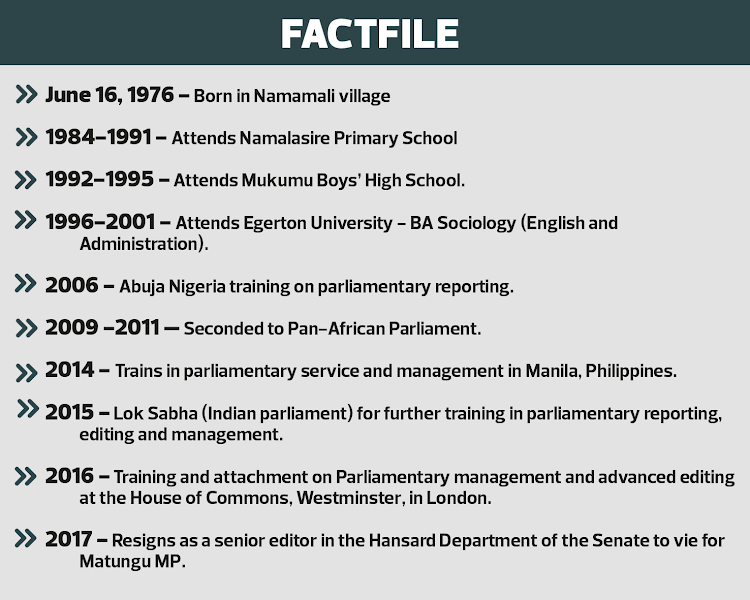