The Sahrawi issue has been a diplomatic hot potato

•  During its chairmanship, Kenya will seek to advance its national peace agenda and gather grievances from member states 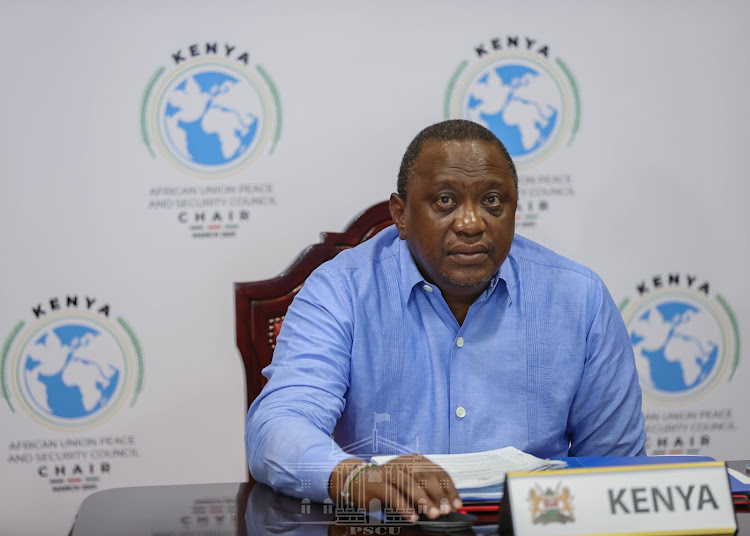 Kenya has been elected member of the African Union Peace and Security Council for a three-year term ending in March 2022, and will be chair this month.

Kenya’s Ambassador to Ethiopia and the Permanent Representative to the AU Jean Kamau says the March 2021 programme will aim at tackling critical security issues in Africa and those in line with Kenya’s foreign policy.

"The last time Kenya chaired the AUPSC was in April 2020 under the leadership of Kenya’s former Ambassador to Ethiopia Catherine Mwangi. It is, therefore, an honour for the country to serve as chair and provide leadership in finding solutions to Africa’s issues on peace and security, especially when formulating Covid-19 recovery plans and strategies," Kamau said in an interview on Wednesday.

During its chairmanship, Kamau said, Kenya will seek to advance its national peace agenda and gather grievances from member states on peace and security that need to be addressed within the UNSC framework.

According to the Protocol of the Peace and Security Council, the AUPSC is mandated to meet at the level of permanent representatives, ministers or Heads of State and Government and convene as often as required at the level of permanent representatives, for no less twice a month. The ministers and the Heads of State and Government shall meet at least once a year, respectively.

The issues Kenya will prioritise will be climate change, regional peace and stability and "the escalating military tension between the Kingdom of Morocco and the Sahrawi Republic".

"For close to 35 years, Kenya has supported the Sahrawi Republic in its quest for self-determination and independence," she said.

The matter came up on March 9 when President Uhuru Kenyatta chaired a virtual meeting of the AU Peace and Security Council. He is this month’s chairperson of the council.

"The meeting recalled the principles that underpinned the resolution of the 14th Extra-ordinary Session of the Assembly of Heads of State and Government of the Africa Union on the matter of “Silencing the Guns in Africa by 2020”. In this regard, PSC reiterated the need for a peaceful resolution to the conflict in Western Sahrawi, " a statement by Foreign Affairs on Wednesday said.

The statement said the PSC called for "an immediate ceasefire" that would allow for the resumption of peace talks in that region, noting that the continued conflict in Western Sahara was inconsistent with relevant AU decisions and resolutions.

"This was also incompatible with the objectives and principles of the constitutive Act of the African Union," the statement said.

#AUPSC called for immediate #ceasefire in the #WesternSahara, requested the #AU Troika and the AU Special Envoy to reinvigorate support to the #UN-led mediation and thus urged the UNSG @antonioguterres to expeditiously appoint a Special Envoy to #MINURSO to support #peace efforts pic.twitter.com/7ybNJWdSuH

The Sahrawi issue has been a diplomatic hot potato, with the Moroccan Foreign Ministry recalling its ambassador to Kenya for consultations over the matter in June 2005.

Morocco at  the time  said it “strongly deplores the unjustified and unjustifiable decision announced by Kenya to recognise the pseudo RASD (Saharwi Arab Democratic Republic) and to establish with it so-called diplomatic relations."

Morocco Ambassador El Mokhtar Ghambou in January this year, however, urged Kenya to cooperate and work on improving bilateral relations.

Ghambou called on Kenya to learn more about the Moroccan Autonomy Plan in Western Sahara — which suggests making the territory a semi-autonomous region — and support it. 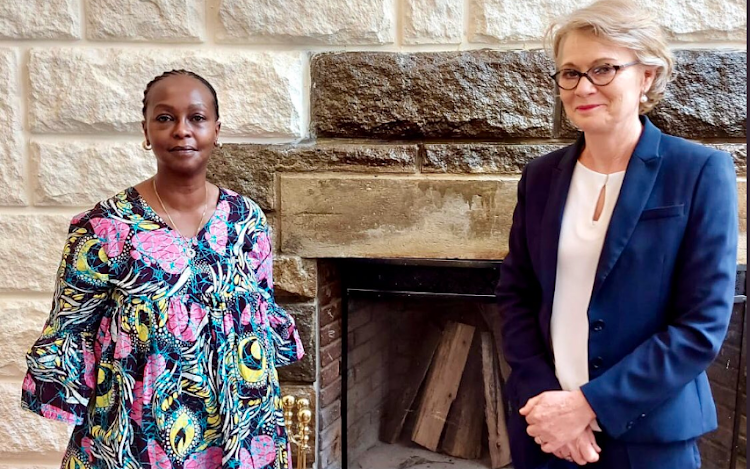 Ambassador Jean Kamau with head of the EU Delegation to the AU Ambassador Birgitte Markussen on March 2
Image: EU TO AU

"This is a problem facing many Africa countries that requires collective review and action to address the consequences and impact," she said.

During the March 9 meeting, President Kenyatta emphasized on the negative impacts of climate change on peace and security in AFrica.

He called on the continent to develop a common position ahead of the UN Climate Change Conference (COP26) this year.

“Climate change is a key defining development and the foremost emerging security challenge of our time. It acts as a ‘multiplier’ of existing threats to international peace and security," Uhuru said.

He asked the international community to support Africa’s climate change mitigation efforts by linking existing early warming systems with decision-making tools so as to prevent conflicts.

1/2 President Uhuru Kenyatta has underscored the negative impacts of climate change on Africa's peace and security, and rallied the continent to develop a common position ahead of this year's United Nations Climate Change Conference (COP26).

Ambassador Kamau said drawing attention to the issues on peace and security such as political instability, disruption of socioeconomic development and the effect of climate change on peace and security, Kenya aims to engage diplomats in finding long-term solutions amidst Covid-19 pandemic.

"Through working with other AUPSC members, Kenya hopes to promote peace, security, sovereignty and territorial integrity, strengthen its diplomatic representation and promote its image internationally as well as enhance cooperation between the AU, regional organisations and the UN," the envoy said.

Kenya has, however, been criticised over its silence on the Tigray problem and Somalia's political deadlock.

US Secretary of State Antony Blinken  this month urged Kenya to work with America on the UN Security Council and in other venues to address the crisis in Tigray.

In a phone call with Foreign Affairs CS Raychelle Omamo, Blinken acknowledged Kenya’s strong and durable multilateral engagement and welcomed the opportunity to cooperate closely with Kenya on the UN Security Council on matters of international concern.

And while Omamo in a joint statement with her Algeria counterpart Sabri Boukadoum called for the extension of Amisom mandate, she avoided the electoral process, in which Igad, AU and international partners have waded into.

With March being the women's month, Kamau said Kenya will ensure that their empowerment and that of girls is upheld.

"Through the AUPSC chairmanship, Kenya, led by the Cabinet Secretary of Foreign Affairs [Raychelle Omamo] will chair an open session on women, peace, culture and gender inclusivity in Africa," she said.

Kenya to leverage her position as an anchor state in Africa

Omamo said Kenya's membership in AUPSC and UNSC is of importance to the region.
News
1 month ago
by ELIUD KIBII Subeditor and writer
Siasa
11 March 2021 - 21:00