We introduced and put term limits in our Constitution in 1992, limiting a president to not more than two terms of five years each.

• Given the posturing of politics expect there to emerge two serious candidates and a third who the system will make sure is the next president.

•  In other words, the person Uhuru told us he will surprise us with will end up being the President. 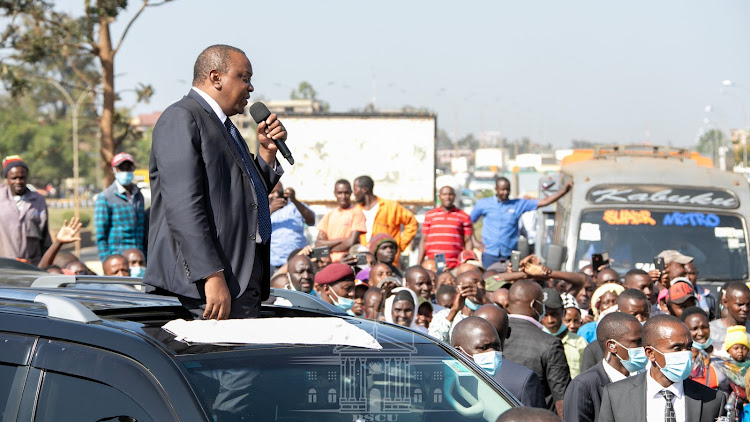 The more things change, the more they remain the same. Old habits are hard to leave. You cannot teach an old dog new tricks. If you never learn from your past mistakes, you will never learn from anything in life. All these metaphors stir up in my mind as I pen his piece because they are all relevant in one way or another.

Prior to the passage and promulgation of the 2010 Constitution, I was on record saying there was nothing wrong with the old constitution, even with the immense powers it gave the president, effectively making Parliament and the Judiciary subordinates.

My reasoning was that the problem was not the immense powers of the presidency but the individuals who occupied the top office. My view was then, and to some degree, remains that such immense powers in the hands of the right person can do great things for the country.

By that I meant having a president who is not wrapped to the nose with tribalism, is impartial and whips the cane and hands out a carrot in equal measure and without favour, that kind of president can use the immense powers for the good of the country.

My argument — which was basically academic between and among my close friends — lost out and  we got a new Constitution.

But people had not sobered up from the promulgation parties when I posted in social media that, yes, this was a great moment in our country’s history, but there were a few flaws in the new constitution. One was the devolved government. I was of the belief having 47 counties was too many  and unnecessary.

However, with the clipping of presidential powers and having checks and balance in place, especially a more robust and independent Judiciary, we had great hope and expectation the country was making a turn for the better in governance and all the good to come from it.

Ten years on, the Judiciary has emerged more independent and less corrupt than the rot we had before 2010. However, the stench from the past still lingers, or worse, some fresh whiffs here and there.

The Executive has remained dominant and in some cases, it has outrightly ignored the other two branches almost with a "mta do?" attitude.

We know nothing changed about the electoral process. In fact, it got worse, such that the 2017 presidential elections were nullified, which would not have happened under the old constitution.

However, just because it happened did not mean the outcome was not the same as it would have been before.

The handshake and the BBI that followed the 2017 polls are intended to fix that problem.

However, the way things are going — as  in 2010 — we can have the BBI passed and implemented into law but the restructuring of the government will only see reshuffling of the cards and end up having the same cards in the deck.

The problem we have cured by having the right people in government.

By that I mean having a president, senior administration officials and elected members and other leaders who put the needs of ALL Kenyans first, with priority in ensuring the government endeavours to meet those needs in a manner that is fair and equitable for all.

Given the posturing of politics and how things are shaping up, expect there to emerge, regardless of what happens to BBI, two serious candidates and a third who the system will make sure is the next president.

In other words, the person Uhuru told us he will surprise us with will end up being the President.