Six line up in tough battle with Ottichilo in Vihiga 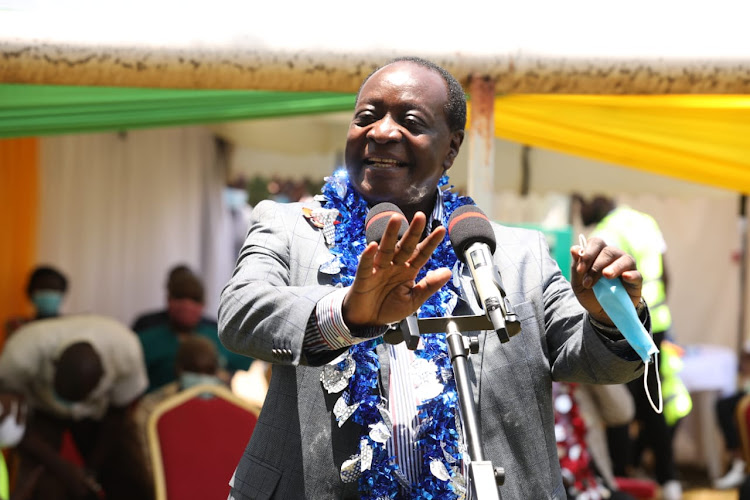 Six candidates have lined up to battle Vihiga Governor Wilber Ottichilo for the county's top job in 2022.

Senator George Khaniri's is mentioned as a possible aspirant but he has remained noncommittal, saying he is still consulting the people.

Vihiga is home to at least four communities — the Maragoli, the Tiriki, the Banyore and the Terik — spread over five constituencies of Hamisi, Sabatia, Vihiga, Luanda and Emukaya.

The voting patterns of these four communities and inter-dialectical differences are likely to influence the gubernatorial contest.

The county is also home to ANC party leader Musalia Mudavadi, who has declared his interest in the presidency in 2022. He is going flat out to rally the Luhya nation behind his candidature. With this call, Mudavadi could be play kingmaker in his backyard.

Community vote blocs, the number of candidates, the youth factor, professionals and development records in the county will add to the dynamics,

Party affiliation and mobilisation of communities by the aspirants and inter-community competitions will also determine the front runners,

ANC, ODM, the UDA party associated with DP Ruto, the People’s Party of Kenya and independent candidates are expected to feature.

"Depending on who has just been in power, there are high chances for a candidate from the Tiriki community as long as they have a strong candidate and play their cards well," Matanga said.

The Masinde Muliru University lecturer in political science said  the situation could be influenced by Mudavadi's presidential candidacy.

"The agreement is normally that if Mudavadi will be vying for the presidency, the governor should come from outside his community and this may just play into the hands of the Tirikis," he said.

While Ottichilo is expected to defend his seat on the ODM ticket, his deputy, Saisi, is set to challenge him for the same ticketl.

Ago will be seeking the ANC ticket and will face off with Ominde.

Akaranga is seeking to recapture the seat on his PPK ticket. Kidake is yet to name his political vehicle.

Matanga said the party choice will be very critical on performance by candidates.

If ANC has a candidate for President, it will require strong grassroots support and this could favour ANC in the gubernatorial race.

The don added that Raila and his ODM party may not have any influence in Vihiga and Western region at large.

"Raila used to have a lot of influence in Western but it is rapidly waning," he said.

James Simekha, another political commentator, however, said Ottichilo's performance, financial muscle and realignments on the national stage will inform the voting patterns.

"Mudavadi is a bit of a puzzle because he has remained aloof about the happenings in Vihiga county. However, whomever he blesses in the race will have a head start," Simekha said.

Critics ss.ay Akaranga and Ottichilo have no major flagship projects to their name

However, Ottichilo boasts of scores in the health sector, where he has installed a CT scan and built a ward for specialised treatment.

He said he has installed dental equipment in all the five subcounties, established an oncology clinic, where cancer can be tested, and a cardiac clinic.

However, lack of or little activity on the Belgian water project he inherited from Akaranga, an incomplete doctor’s plaza and governor’s residence as well as the fledgling Mwidoko fingerlings present a headache for him.

There is also a feeling that the Maragoli and the Banyore have had a chance in the top county leadership and it is now time for the Tirikis to have their turn.

Akaranga is Maragoli, while Ottichilo is a Munyore. Interestingly, however, the Maragoli are the majority among the dialects.

It remains to be seen if they will be able to use their numbers to their advantage.

In 2017, the Maragoli lost the seat after it presented three candidates who split the votes.

Professionals in Vihiga also have influence through financing. Those able to tap into the youth factor, depending on how they register and also vote, will better their chances in the race as the youth could provide the swing vote. 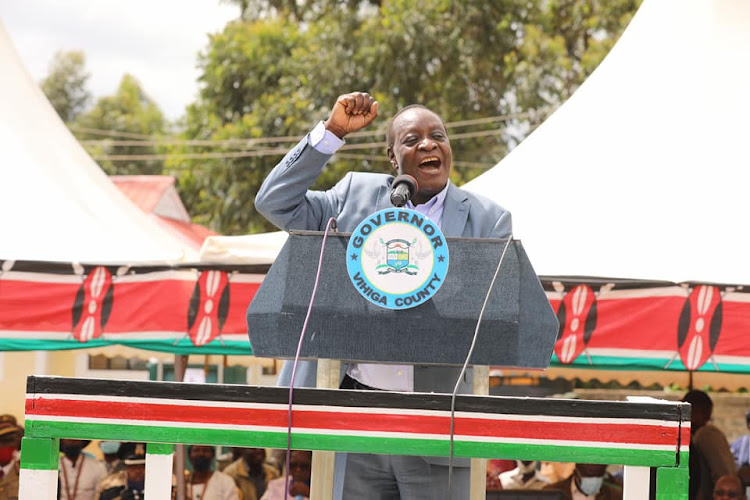 Ottichilo has served in government and international organisations. He studied agriculture at Makerere University  and also holds a master's of Environment and Conservation from the University of Nairobi.

He earned a PhD at the University of Wageningen  in the Netherlands. 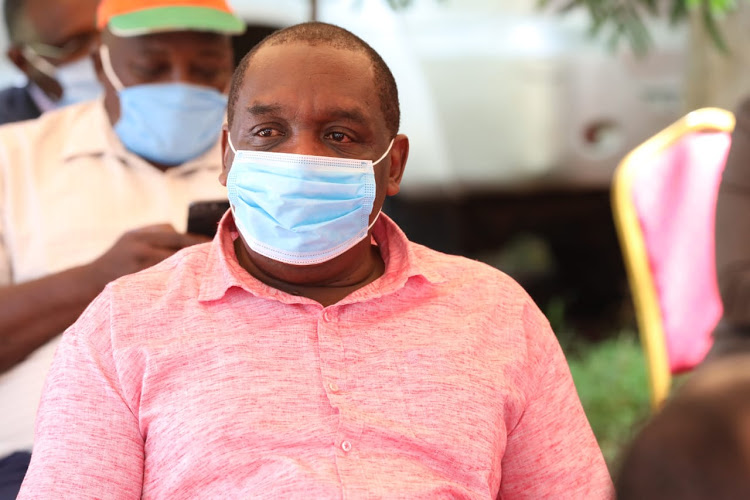 MP: Sabatia MP Alfred Agoi at the Vihiga county headquarters in Mbale on May 12, 2020 .
Image: FILE

An alumnus of Chavakali High School (O-levels) and Njiri’s High School (A-leveld )has has been Sabatia MP since 2013.  He holds a bachelor of arts degree in Economics from UoN and amaster’s degree in Business Administration specialising in Strategic Management from the same university.

He was a businessman prior to joining politics. 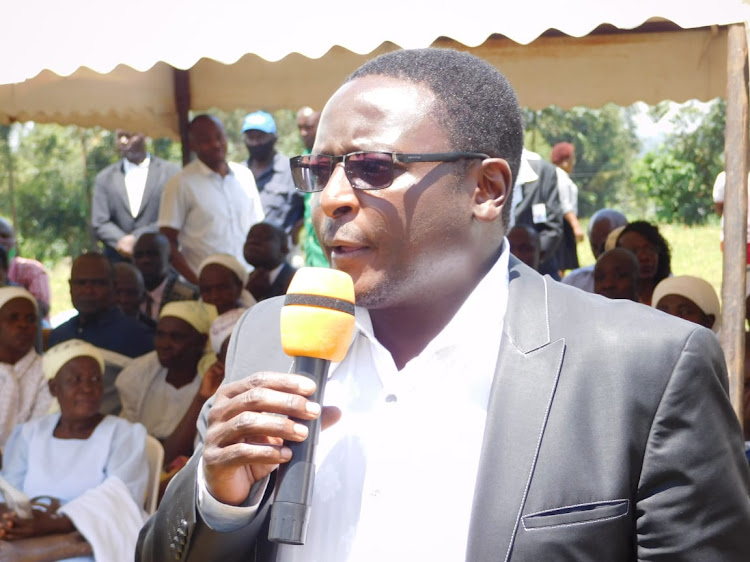 He is the Vihiga senator, having been elected in 2013 on the UDF ticket before being reelected on ANC ticket in 2017. He also served as Hamisi MP.

Khaniri holds a bachelor's degree in Economics from New Jersey State University in the US. He also studies political science at the Catholic University of Eastern Africa. 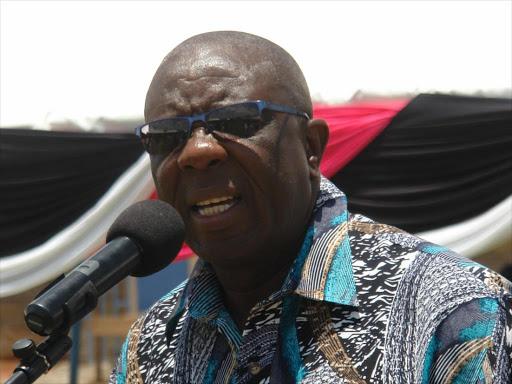 He worked with Barclays Bank Kenya for 24 years from 1976, rising to senior business manager before retiring to join politics in 2002. He served as Sabatia MP between 2002  and 2007 after defeating ANC leader Musalia Mudavadi, then in Kanu.

He lost the seat to Mudavadi in 2007 and was elected as the first Vihiga governor. He earlier served as Public Service assistant minister and also worked with the National General Administrator of the Pentecostal Assemblies of God Mission. 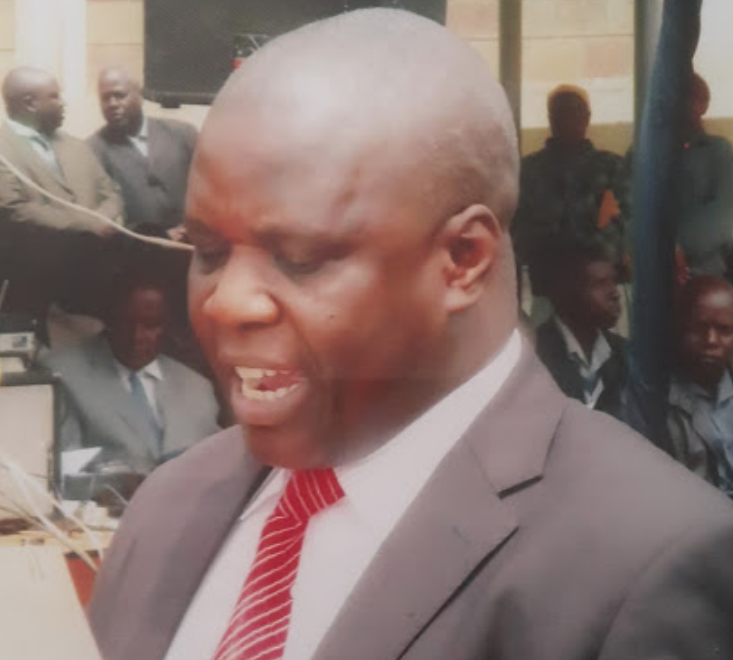 He is an alumnus of Kapsabet High School.

He holds a bachelor's degree in Education (Bsc Science) from Moi University and a master's in Human Resources Management from Maseno University.

He worked in neighbouring Nandi as county secretary between 2013  and 2017 and held the same position in Vihiga from 2017 to 19.

Earlier, he worked as senior assistant director of human resource development at the Ministry of Public Service (office of prime minister) and was senior graduate teacher.

The philanthropist is a businessman and father of three.

He is a Bcom (Finance) graduate from Mt Kenya University .

He and his wife cofounded the Kidake Foundation. It aims to reduce poverty, promote justice, human rights and democracy.

He consults in a wide range of areas from real estate, leadership and governance. 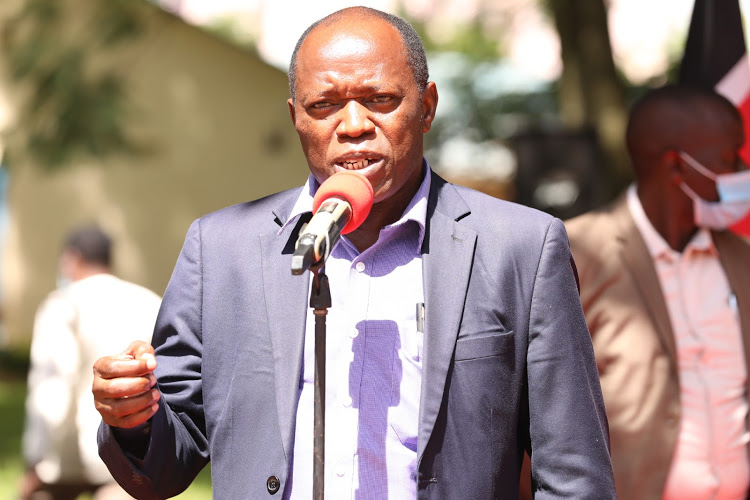 The Deputy Governor holds a bachelor’s degree in Business Management from Iowa Wesleyan College in the US, a master's in International Studies and a PhD in Agricultural Education from Oklahoma State University in the US.

He earlier worked as a lecturer and head of the department of economics at Moi University. He went to Sunrise High School in Mombasa and Cheptulu Primary School.