SITTING ON THE FENCE

By constantly trashing it as he does, he hopes to keep his blind followers animated in the opposition

• The DP has fully ignored to speak to what the initiative is truly about — fixing flaws in the 2010 Constitution.

• He has not outrightly come out and said he supports or opposes the initiative. 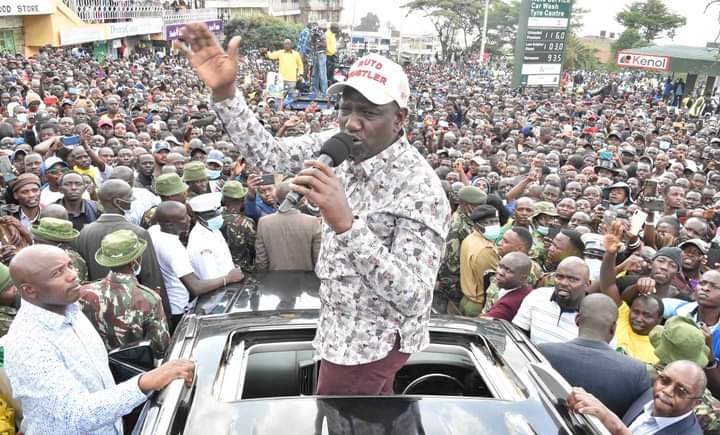 Hypocrisy and duplicity are synonymous with politics and politicians. So is deceit, machinations, and sometimes outright conmanship as we saw with the one-term, twice impeached and failed former US president Donald Trump.

It is thus always a matter of degree with most politicians taking these chicaneries all the way to the extreme. Only a small number operate at tolerable or understandable levels.

The worst of the former are the conniving ones who cleverly craft and pursue strategies to have them on both sides of the debate.

Republicans provide good example to understand this phenomena because in the case of US Senate Republicans, many of them condemned Trump for his incitement of insurrection but refused to convict him on the same charge for which he was impeached.

In Kenya, Deputy President William Ruto has been on both sides of many issues and thus far getting away with it.

For example, when his minions were busy badmouthing and calling President Uhuru Kenyatta names, especially in Central since 2018 — likely at his instigation — the DP was equally busy praising him, saying they were committed to working together to deliver for the people.

Nothing could have been further from the truth. The DP has been undermining and in many cases outrightly insubordinate even as he keeps saying all these positive things about the President — until recently when the gloves are undoubtedly off.

On BBI, Ruto has classically been trying to eat the cake and have it.

While he has been busy peddling the false narrative that BBI is about power sharing between Raila and Uhuru’s preferred leaders, the DP has fully ignored to speak to what the initiative is truly about — fixing flaws in the 2010 Constitution.

At the same time, he has not outrightly come out and said he supports or opposes the initiative. By constantly trashing it as he does, he hopes to keep his blind followers animated in the opposition, while waiting to jump on the train when it BBI passes.

That strategy would have been brilliant had BBI failed the first hurdle at the counties.

Indeed, at the rate BBI is being passed at the counties, one wonders why we even need a referendum because by the time they all vote, BBI would have been approved by all save for those pro-Ruto, which are handful.

But a referendum we shall have and the question is, will Ruto openly support or oppose it? While he has been successful in having it both ways, that will no longer be the case.

He will have to take a position and live or die with it.

Ruto’s refusal to resign, despite being humiliated and pressured to do so, speaks to his having made this calculation: He is better off staying with the humiliation and lives to fight a new war after BBI is passed.

The DP can do this because the President cannot fire him and impeaching him is no easy walk in the park.

Which begs the question; what lies ahead for Ruto?

There are only three options: Arrest and charge him with the alleged crimes against him; make his life as DP more humiliating and miserable and cripple his ability to hold the rallies he has been holding across the country.