• The unending squabbles between the union and the Council of Governors need a levelheaded unionist who is capable of using reason and not merely passion. 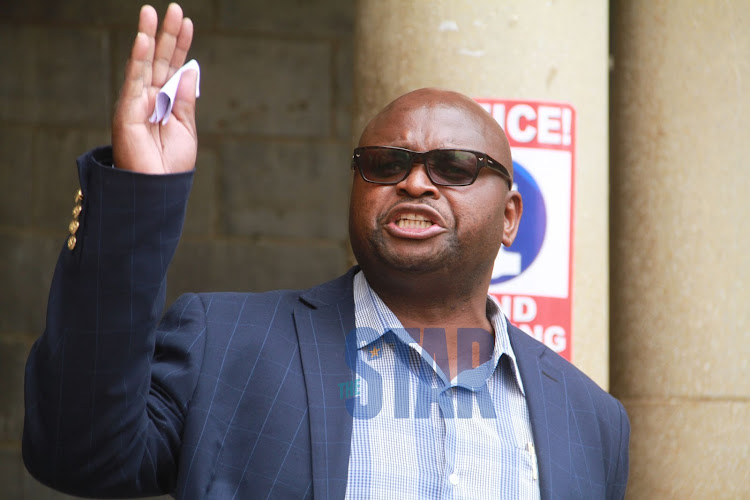 The race to replace Seth Panyako at the helm of the Kenya National Union of Nurses seems to be in top gear.

The polls are coming in the middle of persistent wrangles between the government and the nursing staff over the quest to have increased salaries and improved allowances, among other grievances.

As an outside observer, I believe the problems afflicting nurses stem from poor leadership, especially their current secretary general, Panyako, who I think lacks negotiation ability.

The unending squabbles between the union and the Council of Governors, which from time to time have resulted in legal tussles, need a levelheaded unionist who is capable of using reason and not merely passion.

Recently, we witnessed unbecoming behaviour of Panyako hurling insults at Kakamega Governor Wyclife Oparanya, an incident that was embarrassing and does not reflect well on a person of his stature. The health sector, being one of the devolved functions, is a critical component of national development for, as they say, a healthy nation is a wealthy nation.

As such, it is one area where we shouldn't be witnessing strikes from time to time. In circumstances where the strike goes on for weeks or even months, the economy of the country usually suffers. Many issues of nurses need to be addressed. These include allowances for interns, housing, and protection equipment.

The top leadership can effectively address these issues and that is why Panyako must pave the way for new leaders. People who will not only champion nurses’ interests but also engage the Ministry of Health, the Council of Governors and foreign agencies.

In the last few years of my observation, I have noticed former Machakos nurses secretary general Halima Adan would be best placed to drive the giant union. There is a reason to this.

Adan was a regular feature on national issues affecting nurses and would many times be on radio and television articulating them so well without the bravado that Panyako is known for.

I recall occasions when she pleaded with the government to return to work nurses who had been sacked because of going on strike, and she would succeed at it.

And so if the medical sector, especially the nursing fraternity, has to regain its lost glory and champion, it will require change of national leadership.

Boniface Manyala is a commentator on political and social issues [email protected], Nairobi

Strikes must always be the last option to ensure minimal disruption in healthcare provision.
Opinion
5 months ago
Siasa
25 February 2021 - 04:00