Clan politics and development record of the hopefuls and the incumbent will influence the outcome of the poll.

• With less than two years to the general election political bigwigs in Kisumu county are focusing and strategising for the governor’s seat.

• The county is the political backyard of Raila who is expected to make fifth attempt for the country’s top job. 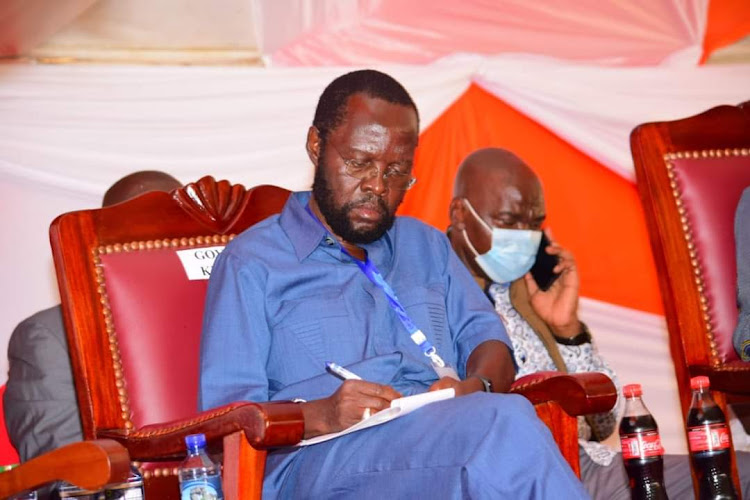 Political bigwigs and close allies of ODM leader Raila Odinga are jostling to unseat Kisumu Governor Anyang Nyong’o in what would be one of the country’s most watched gubernatorial elections. Early campaigns have already started.

Nyong’o, a renowned academic, a longtime member of Raila's think tank in ODM and the father of award-winning actress Lupita is serving his first term.

He unseated Governor Jack Ranguma in 2017 following controversial ODM primaries that were marred by claims of irregularities. Consequently, Ranguma defended his seat on independent ticket after  the shambolic primaries.

Ranguma is also seeking to reclaim the seat making five the number of hopefuls who have declared their interest in the race.

Even though he has not publicly declared, businessman Hezron McObewa is also said to be interested. He unsuccessfully ran for governor in 2017. 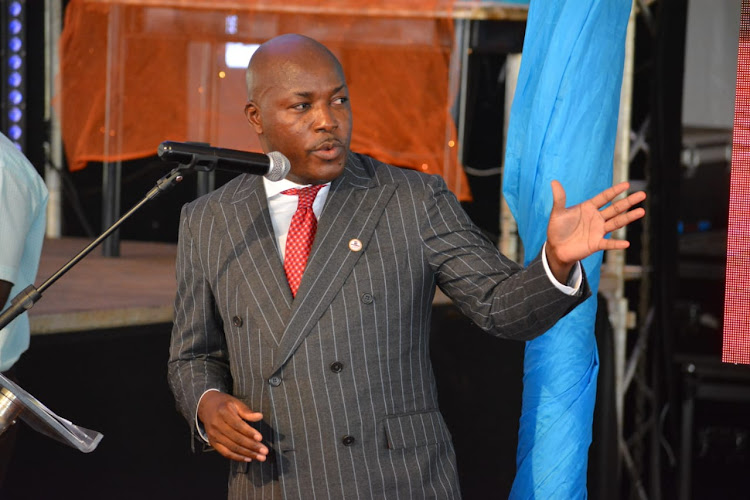 Raila’s influence, the track record of aspirants, clanism and Nyong'o's administration performance is likely to determine the winner.

Nyong'o is credited with the face-lift and beautification of the lakeside city, which his admirers say he has turned to “Europe”.

The Kisumu CBD has been carpeted with cabros to create many non-motorised paths with flowers dotting the sides of the road.

He also demolished the infamous mounds of garbage at Kachok dumpsite, an eyesore that previous administrations had failed to sort out.

However, the dumpsite is slowly returning, working against the governor.

In 2019, Nyong’o came under fire from non-native residents under the Kisumu Diaspora Forum over alleged clanism and nepotism.

Forum chairman Milton Obote said Nyong’o has failed to promote fairness and equity in the distribution of jobs and resources.

He was also accused of favouring people from his Seme clan in employment. Nyong'o dismissed the allegations as malicious political propaganda.

In 2013 and 2017, clan politics and groupings played a key role in influencing the gubernatorial contest.

Obura, Kasera, McObewa, Ranguma and Outa all hail from Kano, the biggest clan in the county spread across Kisumu East and Kisumu Central as well as Nyando and Muhoroni.

Nyong’o is from Seme, while his deputy, Mathews Owili, is from Nyakach.

Outa has publicly expressed his interest in unseating Nyong'o  and has been meeting elders, opinion leaders, youth and women groups from across the county. 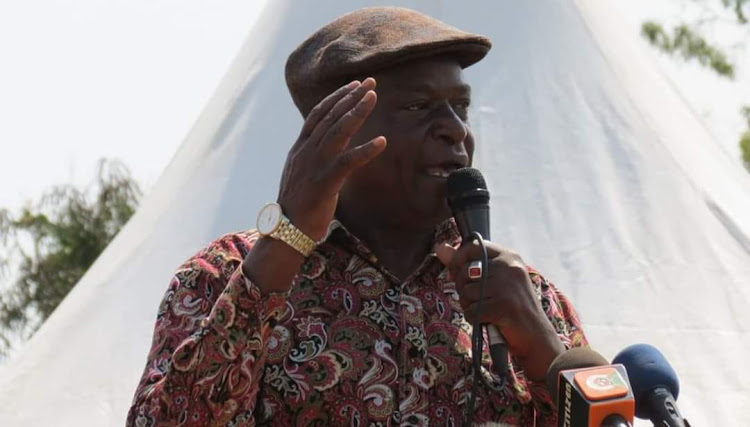 On Friday last week, he met Luo Council of Elders from Kisumu West and Nyando subcounties at his home.

“I am not going to stop my bid for the county’s top seat. I will traverse the county to sell my ideologies and policies to the people. It is time to bring in new leadership,” Outa said, promising to mount a “campaign like no other”

“They will see a different kind of politics when the right time comes. It is not going to be a walk in the path,” Outa said.

Outa served as Nyando MP for two terms before replacing Nyong'o as senator in 2017.

He played a key role in securing Nyong’o victory in the 2017 vote, mounting a strong campaign with businessman-cum-politician Patrick Ouya against Ranguma's reelection bid.

The two have since fallen out.

Outa said they will evaluate and ask Nyong’o to show the electorate what he has achieved with billions of shillings that his administration has received at the end of the five years.

He pledged that he will ensure prudent use of public resources for the betterment of the livelihoods of thousands of county residents.

The senator has committed to inclusive governance to ensure equitable sharing of resources and jobs in all the seven subcounties.

He said he will give consideration to the youth, women and marginalised groups when elected the governor.

“The county should not be divided. An inclusive administration will restore cohesion and unity, and reduce clanism,” Outa said.

Obura, a former MP for Kisumu Central, hopes to ride on his development record, especially in education, in his bid.  He built many schools during his five-year tenure as Kisumu Central MP.

Obura has been traversing the county to reach out to opinion leaders, youths and the business community.

He has strongly faulted the Nyong'o administration over the demolition of structures, mainly belonging to small-scale traders during the Covid-19 pandemic that has negatively impacted the economy. Obura says he is confident of victory.

He has pledged to make health one of his development pillars and tackle the constant medics' strike in Kisumu when elected governor.

“We are not opposing the ongoing development in Kisumu. All we are asking is for the county government to engage locals and find those affected an alternative space,” Obura said.

Ranguma has also declared that he is firmly in the gubernatorial race. His political adviser Philip Ochieng' says they are ready to recapture the seat.

Ochieng' says they are engaging their supporters and meeting opinion leaders, professionals elders and business communities to rally their support.

“We will mount campaigns like never before. We want to complete our county’s development agenda,” Ochieng' told the Star

Kasera, who has been meeting elders from different parts of the county for blessings as he popularises his bid, has set up an office in Kisumu town.

He says he will focus on inclusive governance as he plans to re engineer the county worker force to enable it to work better for efficient service delivery.

Kasera said he will resuscitate the health sector, which he said is“ literally collapsed” as a result of mismanagement and lack of motivation of health staff.

He also targets to improve infrastructure, especially peri-urban and rural areas that are in dilapidated state

For Nyong’o, he will bank on his development track record which he said speaks volume for the last three years

The incumbency is also likely to play to his advantaged.

He told politicians to stop using the relocation of traders in the city to make a comeback.

“They are shouting themselves lame at funerals even as mourners refuse to listen to them. We suspect they are holding briefs for cartels and land grabbers some of whom have even rented pavements to unsuspecting traders,” he said.

Nyong’o urged the traders to reject cheap propaganda and assured the business community in Kisumu, especially the small-scale traders, that each one of them will have space to sell their wares.

He said those who have not been allocated stalls at the Chichwa Market, the Uhuru Business Park will soon open its gates and those affected will be prioritised.

“This ultra-modern business park will have up to 10,000 stalls. It will be far better than the pavement where they have been trading in the scorching sun,” he said.

Nyong’o appealed to Kisumu residents to be a little resilient and bear with the county government as it strives to make Kisumu one of the greatest cities in Africa.

“In every part of the world, big development projects must initially come with a little discomfort, which will eventually ease off,” he said.