Linda Katiba Initiative: Don't throw the baby out with bathwater

The fact of the matter is this country is ailing.

• The logic that if you have a good and progressive constitution and implement it you might not experience political instability or the feeling to amend it, is deadly wrong

• BBI provides a good chance to start a discussion on a better Kenya through the 2020 amendment Bill. 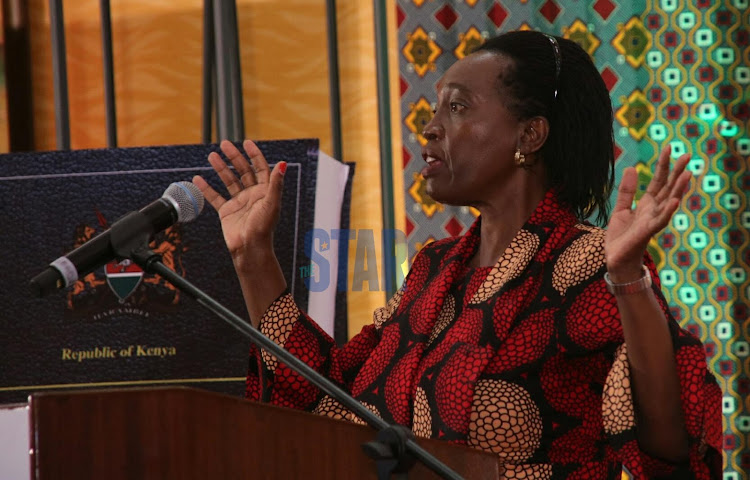 The Linda Katiba Initiative has finally been launched.

This initiative, according to the proponents, intends to ‘protect’ the Constitution against ‘mutilation’ by amendments being championed by the Building Bridges Initiative team.

According to Linda Katiba, the 2010 Constitution is one of the most progressive constitutions in the world and we need not amend it but simply and squarely implement it. If the constitution of Kenya is, therefore, fully implemented, the BBI debate on constitutional change would be rendered futile, they say.

Is this claim true? No. Here’s why.

For instance, the structure of the Executive, devolution, an independent judiciary and electoral system, as in our current Constitution, have enormous effects on political stability.

Depending on the composition, history and political culture of a given society, a given structure of government might inspire unity of spur division. Presidential systems of government, for instance, for a long time have been said to be a major cause of political instability in many deeply divided societies such as Kenya. Juan Linz, one of the harshest critics of presidential systems, argued that this system is less likely than parliamentary systems to sustain stable democratic regimes.

And this is true of the current realities in Kenya, if the past two elections are anything to go by. The 2013 and 2017 general elections, which were done under the current Constitution, have shown us that it did not address the problem of divisive polls caused by the cutthroat competition for the presidency.

Moreover, the logic by Linda Katiba Initiative that if you have a good and progressive constitution and implement it you might not experience political instability or the feeling to amend it, is deadly wrong.

If it were true, then it would follow that any good and progressive constitution, if fully implemented, could work in any state. But we know this is not possible considering human being react differently to different things.

Second, and why I think Linda Katiba Initiative are not genuine in their call for ‘protecting the constitution’, is the overbearing reality that this group has a problem with the messenger than the message. For instance, even before the final report was launched, the group behind Linda Katiba went to court to seek orders to stop the event of a document whose contents was still unknown. Isn’t this ridiculous?

And by trying to castigate the message, they have, deliberately, decided to focus on ad hominem attacks on the persons behind the BBI than on the details of the BBI report. If they were genuinely concerned about the details of the BBI report and thus the contents in the amendment bill, they would have been quoting specific clauses on the same and providing alternatives to what is currently being recommended.

But understandably, most of the persons behind Linda Katiba Initiative are activists. And this is not to say activists cannot be drivers of change. Zero. In fact, we are where we are democratically majorly because of the civil society that we had in the 1980’s. But gone are the days when the civil society used to be a voice of reason.

These days, activists are not independent considering the fact that most of them are just but puppets and creations of western donors. In the formative years, activists were driven by a burning desire for change. Sadly, today, activism is driven by donors. Not all donors but some characters, from the West, that are hell-bent on ensuring anarchy and underdevelopment continues to prevailing in Africa. Many of these activists, are just but all out to portray the worst of our society.

Unlike researchers must make sure that, inter alia, ethics are observed or Journalists who have the cannons of journalism — responsibility, independence, accuracy, impartiality, fair-play and decency — activists are quite the opposite. To understand why they are so passionate about a certain agenda, at least from what history tells us, you must first understand who is funding the whole process and what is the agenda of the donor.

If you were to, for instance, do a critical examination of why these activists are opposed to the BBI and what alternatives they are giving, chances are that there isn’t anything tangible they are bringing on the table rather than cheap populistic sentiments as shown herein.

The fact of the matter is this country is ailing. Yes, we need to fix our economy but to do that you must fix politics. Methinks BBI provides a good chance to start a discussion on a better Kenya through the 2020 amendment Bill. This bill is a step in the right direction. Let us not throw the baby out with the bathwater.