Are MCAs our modern-day House Negroes?

MCAs ask where else - except through BBI - can they get a car grant, a better house, better clothes, better food

• The nation witnessed the indisputable divide between the House and Field Negroes in modern-day Kenya -  laid bare by the contentious Building Bridges Initiative drive.

• Wanjiku is well aware that she is the field Negro, who with the sweat of her brow, toiling from morning to night, will fund all those BBI goodies for the House Negro. 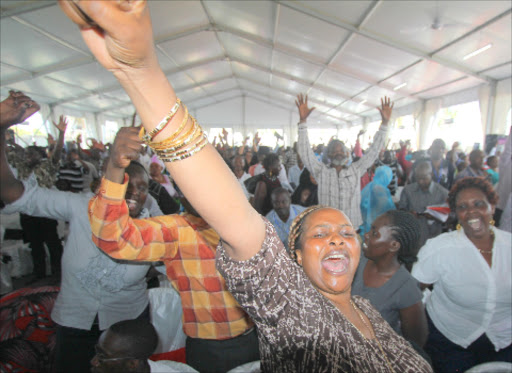 REWARD THEMSELVES HANDSOMELY: MCAs celebrate in Mombasa after President Uhuru Kenyatta said they would get car grants
Image: /FILE

“What’s the matter boss, we sick?”

The field Negro’s life was hell, yet with the sweat of his brow, he sustained his master’s lifestyle, and by extension, the House Negroes' too. He slaved from morning to night, was beaten at the slightest provocation, lived in a shack, wore old patched-up clothes and ate left overs.

The field Negro hated the house master. When his master’s house caught fire, he didn’t try to put it out. Instead, he prayed for a stronger wind. When the master got sick, he prayed for his death. If someone told him “Let’s escape, let’s separate,” he didn’t ask, “Where are we going?” He quickly said, “Let’s go. Any place is better than here.”

This week the nation witnessed the indisputable divide between the House and Field Negroes in modern-day Kenya. And this was laid bare by the contentious Building Bridges Initiative drive.

The BBI is at the stage where it requires adoption by 24 out of 47 county assemblies, having undergone the steps of collection of one million signatures from registered voters and verification of the same by the IEBC.

It is no secret that there has been disquiet in various parts of the country, with reports indicating the BBI is not as popular as President Uhuru Kenyatta and Raila Odinga would like it to be.

This is from National Intelligence Service reports that at one time showed only 19 per cent were in support of it; a poll from TIFA research that showed only 29 per cent would vote Yes; and more recently, a letter from the senator for Murang'a,  Irungu Kang'ata, which showed that only 20 per cent of Mt Kenya support the initiative.

In order to try and reverse this worrying trend, and to ensure that BBI passes the required approval threshold by MCAs, President Uhuru and Mr Raila Odinga met these ward representatives from their tribal backyards to persuade them to approve it unopposed and expeditiously.

In return, the MCAs demanded a car grant. Without hesitation, both BBI principals assured them that they will each get Sh2 million for the car. And just like that, a new quid pro quo was birthed.

A quid pro quo is a Latin term that means ‘something for something’. It describes a situation where two parties engage in a mutual agreement to exchange goods or services reciprocally. In a quid pro quo agreement, one transfer is thus contingent upon some transfer from the other party. Bribes are a form of quid pro quo.

Some legal experts have posited that this promise was pie in the sky because  the duo has no power to decide on salaries and benefits for MCAs. This is within the purview of the SRC which must give clearance to the proposal, and then it is presented to the National Assembly for their approval.

And that even if this car grant directive was to be implemented, it would benefit MCAs who would be elected in 2022. So, who is fooling who? You be the judge.

I submit that Wanjiku’s life, like that of the field Negro’s. is hell. With the sweat of our brow, we have been sustaining our master’s insatiable lifestyle and his House Negroes.

It is not Wanjiku’s ignorance of the goodies contained in the BBI that is causing her to reject it. Hence, more popularisation of its content is not likely to change her mind. She is well aware that she is the field Negro, who with the sweat of her brow, toiling from morning to night, will fund all those goodies. Because she has lived long enough to know all too well, that there are no free lunches.

Finally, my unsolicited advice is to the MCAs. A man came into the forest one day with an axe in his hand. He persuaded the trees to give him a small branch. The trees being good-natured gave him one of their branches. The man fixed it into the axe head, and soon set to work cutting down tree after tree. The trees saw how foolish they had been in giving their enemy the means of destroying themselves.

Likewise, today you may be like the House Negro living in the master’s house, dining at his table and proclaiming, “Yeah, we got a good BBI here.” But tomorrow, because all power is transient, you may be like Wanjiku, the field Negro, toiling to meet her master’s lifestyle. Will it be too late for you to concede and say, “Let’s go. Any place is better than here?”