Shelve BBI but ensure right person is elected President in 2022

Let the right person win in 2022, except this time with the blessing of most of the country.

• Were Uhuru to appoint Raila as PM, for example, he will create a situation where we would have two incumbents vying to replace him.

• Had coronavirus not made her deadly presence felt in Kenya and the world a year ago, BBI would have long been implemented. 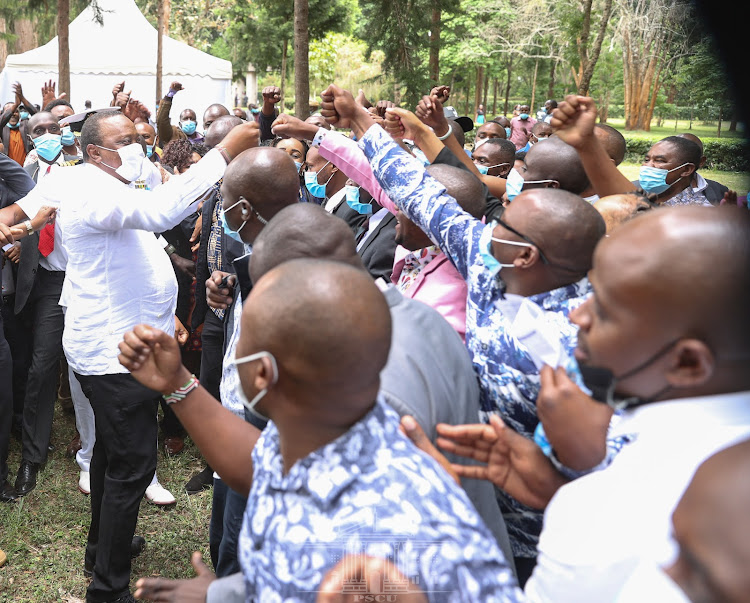 Had coronavirus not made her deadly presence felt in Kenya and the world a year ago, BBI would have long been implemented.

This could have been either through a referendum or by the hardly known legal mechanism I have called our own “nuclear option.”

This is an option I have shared privately with the powers that be and in hindsight should have brought it forth during BBI consultations.

However, it is never too late to adopt this solution, especially if President Uhuru Kenyatta and ODM leader Raila Odinga do not prevail against the strong headwind against BBI.

The nuclear option is where some of the BBI proposals that some say require a constitutional amendment can be implemented in the National Assembly without amending the Constitution.

Such a manoeuvre would inevitably lead to court challenge, but a case can be made to ultimately prevail at the Supreme Court that amending the Constitution is not necessary to implement those proposals.

Nuclear option is the most drastic or extreme response possible to a specific situation. In the BBI case, there are two alternative options that individually constitute it.

To put that into context, the question the nuclear option answers is, would the President, a majority of Parliament and the Supreme Court do nothing as one man hijacks the democratic process to defeat BBI and impose his presidency?

The answer is no, at least from the perspective of any progressive. The suggested option provides a means to make sure that does not happen if all else fails.

That is the nuclear option through the National Assembly.

The alternative is for the President to simply appoint a prime minister under the current Constitution.

Professor Yash Pal Ghai has opined that maybe it would be possible for the President to appoint someone called “prime minister” without changing the Constitution.

Ghai goes on to posit that the individual person could not be drawn from Parliament since the Constitution says Cabinet secretaries must not be MPs.

Another issue Ghai notes were this to be pursued, the Constitution allows the President to sack CSs at any time and, this cannot be prevented by an ordinary law, which renders the PM a tool of the president no different than we had in the old constitution.

Professor Ghai opines that without changing the Constitution, any agreement on these matters would probably be little more effective than the Kibaki-Raila 2003 MoU.

He makes good observations, but there are ways around this, or actions that can be taken to address or avoid the pitfalls relating to each.

First, appointing someone from outside Parliament as PM is, per se, not an issue as that is desirable and the reason the current Constitution was changed to make this possible.

Second, the President being able to sack the PM at any time much as he will be deemed to be a mere Super CS under this thinking is not an issue because the consideration in this nuclear option context is to create a temporary solution to allow us going past BBI to a new election and new parliament that could make these changes permanent.

Were Uhuru to appoint Raila as PM, for example, he will create a situation where we would have two incumbents vying to replace him.

Raila will, however, be in a much stronger position because he will have the power of incumbency, as well as Uhuru’s clout behind it to more easily defeat DP William Ruto.

If all these fail, then, by all means, let the President and the system make sure the right person wins come 2022, except this time with the blessing of most of the country.