• Since 2013, Kibicho has been a key figure in President Kenyatta’s administration, staring of as Principal Secretary at the high-ranking Ministry of Foreign Affairs.

•  Since then, he has risen to be among the most powerful officials in the Jubilee government, especially in the second term 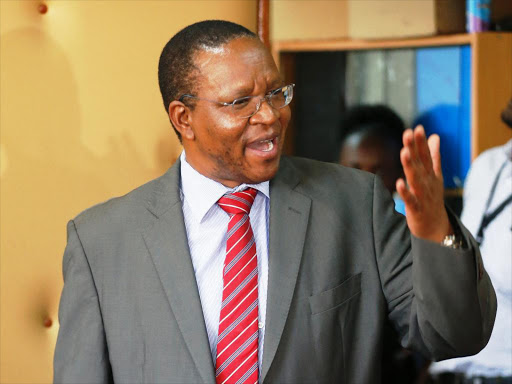 Dr Karanja Kibicho wasn’t known to many until the Jubilee government came to power in 2013.

But since then, he has risen to be a key figure in President Uhuru Kenyatta’s administration, starting of as Principal Secretary at the high-ranking Ministry of Foreign Affairs.

Kibicho swapped positions with Monica Juma, who was at the time at the Interior docket, when President Kenyatta reogranised government in November 2015.

Since then, other than stopping his moderate drinking completely to stay alert as he told some administrators in Nyamira, Kibicho has risen to be among the most powerful figures in the Jubilee government, especially in the second term

Together with his boss, Cabinet Secretary Fred Matiang’i, they have streamlined coordination of government and often crossed lines with allies of Deputy President William Ruto.

The latest case involved former Nairobi Governor Mike Sonko, who claimed him and Kibicho, with other individuals in the ‘deep state’, bought ODM t-shirts and second-hand cars, which they burnt on Ngong Road at the height of 2017 elections to paint the Orange party as violent.

Kibicho denied the claims and recorded a statement with DCI. He also threated to sue Sonko for character assassination.

This, is however, — and Kibicho noted as well — not the first time they are fighting. They have been on a warpath for more than three years. 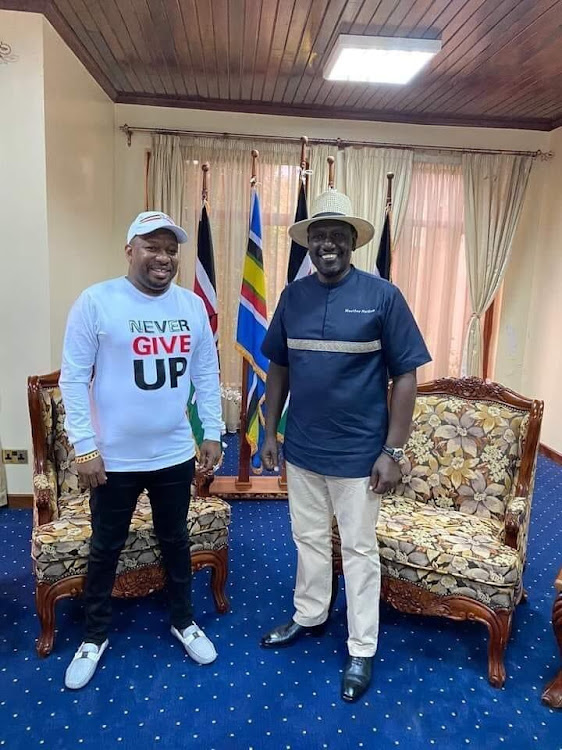 When talk of impeachment started getting louder at City Hall, Sonko claimed Kibicho was frustrating him.

On October 2020, he said President Kenyatta was surrounded by the Interior duo, whom he said were misleading him and labelled them conmen .

Their fight goes back to March 19, 2013 when appearing on Citizen TV, Sonko claimed Kibicho and former Gatanga MP and Jubilee vice chairman David Murathe were determined to block him from vying for Nairobi governor under the Jubilee ticket.

It does not stop with Sonko.

Kapseret MP Oscar Sudi has in the past said Matiang'i and PS Kibicho are working on a political scheme to undermine DP Ruto.

Elgeyo Marakwet Senator Kipchumba Murkomen has also accused a "certaing clique of civil servants at teh Office of teh President" or working to frustrate teh DP.

Murkomen has also accused Kibicho of using his office and powers to withdraw security details attached to legislators allied to DP Ruto.

Even back home in Kirinyaga, Kibicho has accusers.

Last year, Kirinyaga Governor Anne Waiguru accused him of fanning political hostility against her in the county. Waiguru said the PS was the primary catalyst of the divisive politics in Kirinyaga. This was after she spent nine hours being interrogated at the Ethics and Anti-Corruption Commission.

"I learnt with consternation that ill-informed impeachment motion was carried out with your tacit support. You are the primary catalyst to my political problem," Waiguru said in a statement.

The fight was linked to supremacy battles in the county, with speculation the PS has political ambitions. He has refuted the claims.

But his defence has come from the unlikeliest of all places.

When he was accused of being part of an assassination plot against DP Ruto that never was, Makadara MP George Aladwa said, “I ask leaders to desist from undermining a public officer while doing his job. The PS is an appointee of the President and his only crime can be implementing President Uhuru Kenyatta’s policy”.

And who is this Kibicho?

He was born of Njogu Wakibicho and Muthoni Kibicho on July 29, 1967 in Nairobi.

In 2006, he earned his Doctor of Philosophy degree in Mechanical Engineering from the University of Cape Town.

Kibicho began his career as an assistant factory manager at Kenya Tea Development Authority in 1992 from where took a position of lecturer at Jomo Kenyatta University of Agriculture and Technology 1n 1993.

He is married with three children.

Sonko, Kibicho have been on warpath for over one year

Kibicho at DCI over Sonko's claims they planned 2017 chaos

Kibicho is at the DCI headquarters to record his statement.
News
2 months ago

Kibicho accused of being the man behind plot to eliminate DP Ruto.
News
1 year ago
by ELIUD KIBII Subeditor and writer
Siasa
31 January 2021 - 07:00