• In recent weeks, the red machine has started to make its presence felt on the ground.

• As of last week, Gideon had become the second most visible BBI face after Raila, holding popularisation tours in places as far away as Isiolo and Samburu 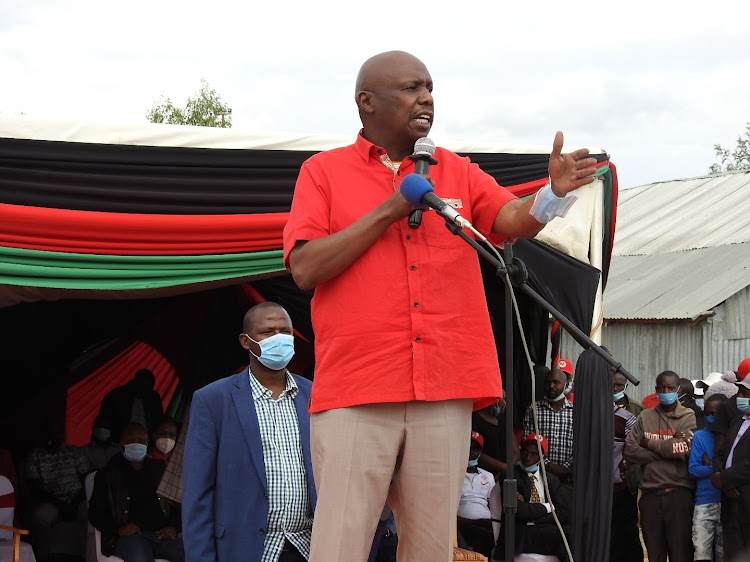 We have entered the season of “elderpreneurs”, the white-haired folks in the countryside who install politicians as community elders.

It is a lucrative business, so I hear because as political aesthetics go, this installation places one in good stead for the coming political battles.

There are politicians in this country who have been made elders of nearly all 42 tribes, and still, need another round of installation. Apparently in this business, you don’t just become an elder once!

Because these elders are very precious in the political business, they also come in different shades. Depending on the prevailing trend, a group of installers today will be dismissed as fake elders tomorrow when a new group loyal to a different doctrine pops up.

When we were growing up, elders were only identifiable by age. Now they are largely classified by political leanings. If one group installs someone as community elder who another finds unpalatable, all it takes is to call the press and declare the other group “fake”.

The jury is still on whether the Kikuyu elders who have been hobnobbing with ODM boss Raila Odinga are real or fake, now that white hair and age don’t count anymore.

It is in the same vein that forces opposed to the emergence of Senator Gideon Moi’s ascendancy as an alternative political voice in the Rift Valley tried to stop him from being installed as a community spokesman by the Talai clan in Nandi county. 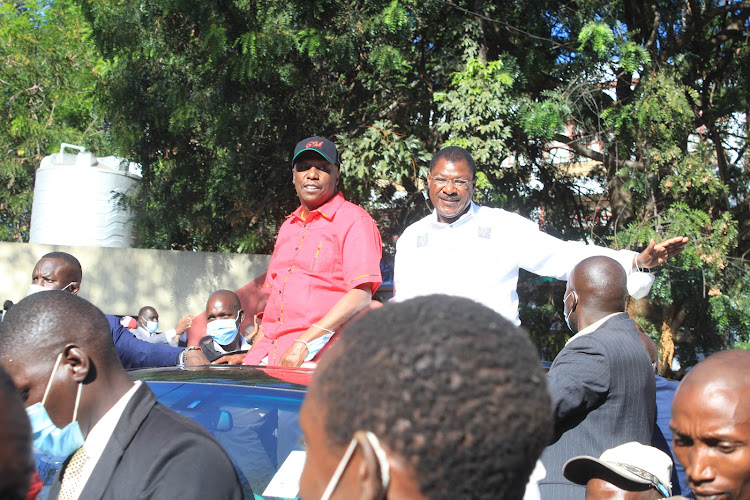 The Talai hold a special place in Nandi and Kalenjin politics and culture, being descendants of the legendary Orkoiyot Koitalel arap Samoei. This coronation, therefore, holds greater value in that neighbourhood than many others across the country.

When rowdy youths, strangely too regimented to pass for a spontaneous act, stopped Gideon from reaching the shrine of the Talai, the old Moi would have let that pass and would have moved on like the perfect political gentleman.

The new Moi, however, seems to have undergone political ecdysis.

Rather than surrender to the whims of elders and youths who may have been on instructions from “above”, he organised a stealth operation that had the coronation happen a few days later, catching everyone by surprise.

For long, the forces opposed to DP William Ruto have been frustrated by the slow speed at which Gideon and Kanu’s caravan has been moving to plough back space and offer a real alternative. It is looking more and more apparent that this is set to change.

In recent weeks, the red machine has started to make its presence felt on the ground.

As of last week, Gideon had become the second most visible BBI face after Raila, holding popularisation tours in places as far away as Isiolo and Samburu, with renewed vigour and energy. Indeed, like a general parading his forces for battle, the Baringo senator has lately hit the ground running.

Kanu is, for all intents and purposes, a sleeping giant. Being the oldest party in the land, Kanu has networks in the grassroots that stretch from border to border, enviable assets that other political outfits can only dream about.

Besides, nearly all the other party leaders have their Kanu life membership cards lying somewhere in their archives, giving the Independence party the distinct reputation of being the political alma mater of nearly every high-level player in the 2022 succession matrix.

It has to wake up to the reality that its familiarity gives it an edge over other formations in the impending horse-trading.

One of the challenges of the coming months, ahead of the 2022 elections, will be what coalition vessels and structures can hold all the diverse elements and egos in one space, an area that Kanu can exploit as an alternative, centrist house, for that fleeing divisive rhetoric in their mother parties. But to achieve this, it has to be different.

There is already a worrying sign that the party is allowing unsavoury characters — impeached individuals and people with ongoing court cases or a history of violence — to be propped up at its meetings. It is not clear how the party would want to be the alternative to others while acting the same way.

Among the people likely to seek the presidency next year, Senator Moi is one of only a few who do not appeal to ethnic divisions as a tool for political mobilisation, which places him in a unique position to be the “other option” for many voters.

He and his party have to do more to be visible on the frontline if they want to exploit this advantage.

I have it whispered that unlike former President Daniel Moi’s Kanu, the new Kanu is yet to internalise “generosity” as a credible political tool. No less a person than Nyeri Senator Ephraim Maina, asked Gideon at a Kanu BBI popularisation meeting at Uhuru Park recently, to “open the fist” so that youths could “eat from his palm”.

It shouldn’t be shocking to Kanu bosses that we now ask for handouts openly on the podium for this culture was initiated by its leadership, and is now perfected by its alumni running other parties.

But if it takes “opening of the fist” for Kanu to give us a fine gentleman as an alternative choice when 2022 comes, so be it!

Overall, it is good to see Gideon moving from the shadows of his late father and charting a path of his own. By going ahead with the Talai coronation, despite earlier threats, he has also shown mettle previously not associated with him.

He must know by now that the rifts and hurdles awaiting him in the Rift Valley alone are no small matter. He will also be aware that he is up against political formations for which misinformation and propaganda are a daily staple, which may not be his kind of thing, but which he still has to counter.

If the Kanu train appeared to be idling too much at the station, recent events show it has finally hit the rail and is raring to go. For the voter, looking for what may be the best on offer, the more the merrier, especially if “the more” includes a familiar train of old like Kanu.

It’s time for Senator Moi to take his rightful place at the political high table, and partake of the high end political cuisine as approved by “doktari”.