Kenyans cannot give up on the police

Kenyan have a duty to rid the police of the rogue officers.

• Kenyans, you and me, must continue to demand for accountability in the police service

• Those in authority know that a professional, corrupt-free and people-oriented police service  cannot be manipulated and misused. 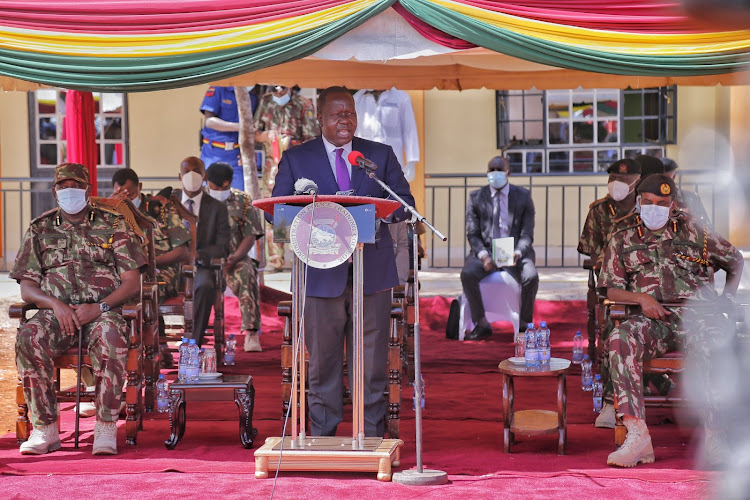 For years, Kenyans have decried the police and the horrid manner in which they continue to operate in the country.

Every year, research, studies and surveys, including by government institutions, have ranked the police among the worst-performing in Kenya.

The report indicated that 39 per cent of instances of corruption were recorded to happen at the service. This means more than a third of all corruption in the country occurs within the police service.

Another report by the Kenya National Commission on Human Rights — a government agency —released in June 2020 ranked the police as the top violators of human rights in the country at 59 per cent.

The study was titled “Pain and Pandemic: Unmasking the State of Human Rights in Kenya in Containment of the Covid-19 Pandemic”.

The Independent Policing Oversight Authority, another state institution, reported in June 2020 that they received 87 complaints against police officers in a period of just three months.

Two weeks ago on January 13, I spent almost the entire day at Central police station, Nairobi, after being arrested together with other activists after we attempted to read a statement to the media in solidarity with Ugandans.

I saw first hand how money exchanged hands for persons to be released.

I also heard from cellmates about a syndicate of officers from the same station that operates in cohorts with pickpockets around the Odeon Cinema area to rob unsuspecting Kenyans of their valuables, including phones and ladies’ handbags.

The same officers also extort money from hard-working Kenyans such as touts and cart pushers who work in the vicinity.

This points to a police service that is not only rogue but in dire need of reforms.

Unfortunately, police reforms have over the years been resisted by those in authority, not because they think the police service is doing well but because they want to continue using it for their own selfish gains.

Those in authority know that a professional, corrupt-free and people-oriented police service cannot be manipulated and misused.

So they resist reforms so that the police can continue to be inefficient and rejected by the people. This situation then renders the police needful of protection from the authorities and by so doing, service remains loyal only to those in authority.

It is important to note that most police officers are a committed lot, ready not only to offer Utumishi kwa Wote but also to give up their lives for the safety and security of Kenyans.

However, these officers are working in a system that hampers them from delivering their best to Kenyans.

At the same time, there are the few rogue officers who commit crimes and violate the rights of Kenyans with impunity. These rogue actions are then highlighted and the sum total of it becomes that the entire Police Service is rotten.

This is far from the truth and is demoralising to the many officers who have dedicated their lives to serve Kenyans and security.

For the sake of the majority officers who are committed to police work, Kenyans cannot give up on the police.

Every Kenyan has a patriotic duty to rid the police of the rogue officers whose actions are tarnishing the image of the service.

There are champions in government who have shown a commitment to police reforms.

These include Interior Cabinet Secretary Fred Matiang’i. The champions, together with human rights groups such as the Police Reforms Working Group must work together to force through police reforms.

More importantly, Kenyans, you and me, must continue to demand accountability in the police service. It is also by us working together can we achieve a world-class police service. Polisi bora, haki yetu.