CS Matiang'i says these are organised criminal gangs, not typical bandits, and promies a long and harsh military operation

• The iron-fist approach always fails because it doesn't change lives, mindsets and hopes for a better future. 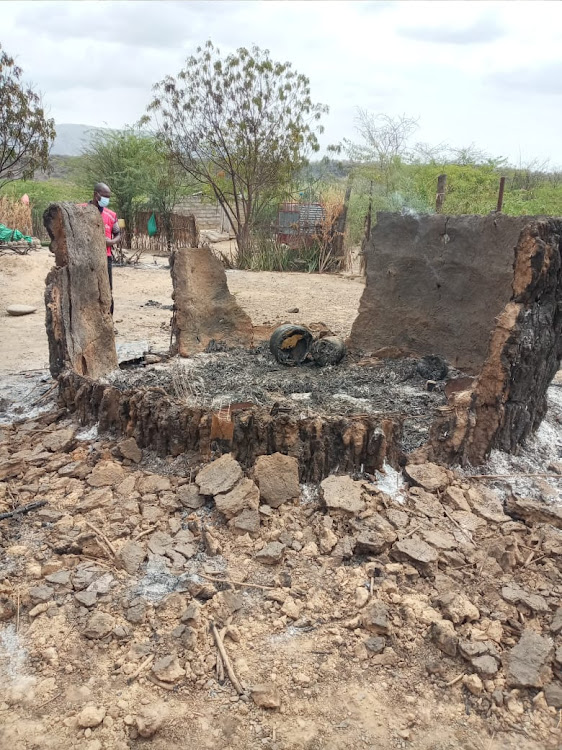 Ultimatums and threats in conflict situations in Northern Kenya has us failed many times. This time, once again, the same scenario has presented itself and proved history right. When will we learn?

The version of the Holy Book of the New English Bible says… “A gentle answer turns away wrath, But a harsh word stirs up anger.” (Psalms 15:1). In handling volatile situations, be it at family, communal, local or national level, tough talk is the sure way of failing to resolve conflict.

One, the residents of Kapedo don't trust the government to provide them with security.

Two, the residents have lost hope and feel, "Whatever happens, so bit it." In Kiswahili, "Liwalo na liwe" - desperate attitude.

This is dangerous to both civilians in that area and the security agents in this country.

Those charged with ensuring the restoration of  peace in this region should have realised by now, threats and ultimatums are in fact escalating the already volatile situation. This was confirmed by the reaction from the region’s politicians — none came out condemning the lawlessness actions.

The situation is still very tense with hundreds of civilians fleeing their homes for fear of arrest by  the police. Life has literary come to a standstill.

The deployment of the Kenya Defence Forces personnel and the Kenya National Police Service and hard talk by senior government officials has yielded nothing.

These threats are not working. Why can’t we try well-thought-out systematic persuasion, mediation and conciliation?

A report by the Kenya National Commission on Human Rights through primary data collected from residents in counties hardest-hit by conflict in Northern Kenya have presented key steps to help resolve this conflict.

The government should thus work with non-state actors to revive the now collapsed education system in parts of North Rift region, particularly in Tiaty subcounty, Pokot North and Pokot Central.

KNCHR further recommends setting up of a special fund for this purpose by constructing low-cost boarding schools to ensure  children in these communities enjoy uninterrupted quality education.

The commission suggests the Ministry of Education through the Teachers Service Commission and county directors of education in the affected counties should jointly and immediately facilitate posting teachers with guarantees to those schools. This must be done without undue delay once the first step of peace restoration is achieved.

The KNCHR also recommended opening up boundary areas through properly built roads and other shared facilities and projects. These would  increase points of interaction and common interests among the various ethnic groups to show diversity and proof of community inter-dependences.

There is great need for the county and national governments to jointly ensure there is alternative development for their residents. This will in turn change the over-dependence on livestock as the only source of income.

This calls for promotion and revival of collapsed alternative sources of income-generating activities such as farms, livestock irrigation projects and bee keeping. These activities will reduce over-reliance on indigenous livestock as the only means of livelihood.

As much as politicians are the representatives of the people, their active and public altercations with security agents have only escalated conflict and hostility.

This approach is not working and it will never work. It is time these two groups took the back seat. Let development experts, professional mediators and negotiators bring the warring factions to the negotiating table to achieve sustainable development and restore peace.

History is now telling us that abrasiveness by our politicians and government agents entrusted with peace management is a bad idea. Their efforts have been blatantly ignored by livestock rustling protagonists. The raiders are having a field day all the way from Kainuk on the border between West Pokot and Turkana, Suguta Valley, Kapedo and Kerio Valley to the Chalbi desert in Samburu and Marsabit counties.

It is worrying that most of the cattle rustlers are very young men, begging the question: Why?

What can we do for these young Kenyans for them to see life beyond livestock theft? Mediation efforts should look at alternative ways of engaging these youths and bringing lasting peace among pastoralist communities.

Embedding education in this young generation will open a new worldview to delink them from the cyclic chain of the retrogressive and life-threatening cultural practices. They should be unimaginable today in the 21st Century.

A case worth examining is Loglogo in Marsabit and Archer’s Post in Samburu.

These areas situated along the Isiolo-Marsabit-Moyale highway are fast growing are now flourishing,  relatively peaceful centres.

The improved situation is largely due to upgraded infrastructure. This  development has created easy movement for traders in the region that was a no-go zone due to banditry.

Alternative development approaches by Marsabit county through the introduction of irrigation farming has turned a new leaf for residents. This, modern livestock raising and other income-generating activities are reducing the otherwise only known source of income — livestock.

The approach by the county leadership in Marsabit has also come up with modern livestock markets now thriving among the pastoral communities in Merile centre and surrounding areas.

These are practical approaches that can be emulated by other pastoralists communities and government security agents to create positive peace, rather than toughtalk and ultimatums.

Tough talking is not helping us stop fellow Kenyans from dying at the hands of raiders and sometimes during clashes with security personnel.

The piloting by the national and county governments of a livestock insurance programme three years ago under the Kenya Livestock Insurance Programme is a welcome step cushioning pastoralists against drought and animal diseases.

The programme to initiate trials in Wajir and Turkana counties with an extension to other 14 arid and semi-arid areas will transform the livestock sector into a more economically viable venture.

The empowerment of the pastoralists through such concerted efforts by stakeholders is the best strategy to eventually bring down livestock rustling. This will ignite more meaningful socio-economic activities as a better option as opposed to the 'iron-fist' approach in conflict areas.