It seems highly unlikely the dream will be realised in the near future.

• After Independence, many thought that the battles and fights would cease and the country would enjoy the fruits of freedom.

• But those who took the reins of power forgot the dream of a free and just Kenya. 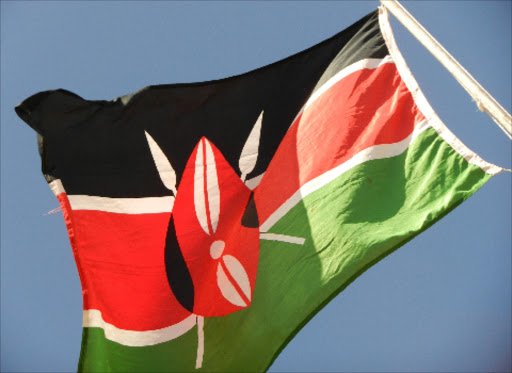 Kenya is made up of peoples and communities of diverse backgrounds. Historically, the country has had many battles involving various groups in its efforts to build a strong Kenya founded on nationhood and prosperity.

In the early years, the battle for Kenya was mostly witnessed at the Coast. Over centuries, the local communities at the Swahili Coast saw many encounters pitting the locals against Arabs, Portuguese and the English.

The struggle for Independence saw many other Kenyans fight for freedom and land. History tells us hundreds of thousands lost their lives in the various battles to emancipate Kenya from the shackles of colonialism. The war for Independence was fought by both men and women, in the forests and in meeting rooms, here and abroad.

Jomo Kenyatta, Muthoni Kirima, Achieng’ Oneko, Dedan Kimathi and Mekatilili wa Menza are just but a few of those who gallantly fought with guns and words to liberate Kenya. All communities and their leaders came together to form a formidable force to fight the colonialists and take control of the country.

They did not care what tribe they were from. They were united in one struggle – freedom.

After Independence, many thought that the battles and fights would cease and the country would enjoy the fruits of Independence. They thought nationhood would prevail and each person would be free to realise their potential. Alas! That was not the case.

Those who took over the reins of power forgot the dream of a free and just Kenya. Instead, they mired the country in deep ethnicity, corruption and nepotism. As a result, the country remained colonised, only this time by its own ruling elite.

Some Kenyans took offence and stood up against the misrule of the country. This stance against injustices saw the ruling elite resort to killing those who defied them. It was a battle between those in power and those who wanted those in power to do just.

Pio Gama Pinto, JM Kariuki and Tom Mboya all died in their efforts to free the country of its new local colonialists. In 1977, the seat of power changed from Jomo to Moi. Many thought perhaps that would herald the rebirth of a new Kenya.

However, the hope quickly faded away as Moi continued kufuata nyayo (to follow the footsteps) of his predecessor, resulting in the 1982 attempted coup.

From quashing the coup, Moi entrenched himself full throttle in power. He banned all political parties, except Kanu, which became  chama ya baba na mama (the party of father and mother). Still again, patriotic Kenyans kept fighting for nationhood and democracy. In the struggle, many more died, including Robert Ouko and Fr John Kaiser.

Moi’s era was curtailed by the presidential two-terms limit and Kenyans again had a chance to entrench nationhood and democracy in the Kibaki era. Although Mwai Kibaki delivered a new Constitution, the dream of our founding fathers remained but a distant illusion.

In 2007-08, Kenyans experienced the bloodiest violence since Independence. Many died and many more were internally displaced. All just for Kibaki to remain in power. The possibility of a new Kenya eluded the country, yet again.

In 2013, after decades of missed opportunities, the country had a new leader, Uhuru Kenyatta, touted as youthful and dynamic. Many felt perhaps this time the dream will be achieved and Kenya would be delivered to the Promised Land.

To the disappointment of optimists, corruption took over and has been the order of the day. Billions of shillings of taxpayers’ money have been lost in shady deals. Even money meant for the sick, suffering from Covid-19, has not been spared. All looted in broad daylight.

It seems highly unlikely the dream will be realised. What does the future hold for Kenyans? Will the dream of nationhood and democracy be achieved any time soon?