BBI draft bill: Hits and misses of a constitutional consensus

A big win for MCAs as they will have a ward fund of at least five per cent of the county revenue.

• In general, the bill is comprehensive, with 58 amendments that largely appeal to the interests of the political class.

• It will be difficult for it not to sail through since a lot is to be gained by those who organise/mobilise the masses. 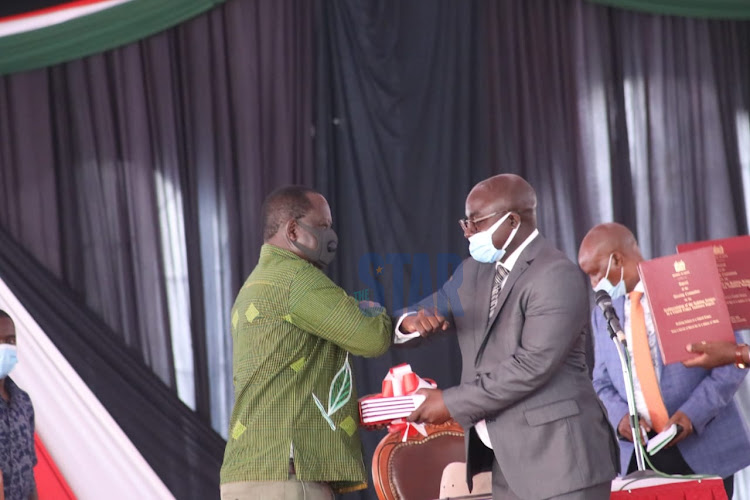 The much-anticipated BBI constitutional amendment bill is now out.

The bill confirms what was expected with regards to the expansion of the Executive to manage ethnic diversity. The Position of Prime minister has been re-introduced with two deputies in a move that will see the number of seats in the National Assembly varied to more than 362.

This means that we shall have 290 constituencies, but some like Ruiru constituency shall have more than one MP to correct the anomaly of under-representation. Consequently, there shall be about 70 seats based on the total number of votes each party gets in a given county that shall be allocated to men and women, including persons with disabilities, ethnic and other minorities.

Other than the zebra list, there is no guaranteed representation for the other marginalised groups other than women. The National Assembly shall also have two more seats, that of the Speaker and the Leader of Official Opposition, with the latter being a veritable soft landing for the number two in a presidential election for him to lead his troops inside the House. This is very critical in our nascent democracy.

Further, the Attorney General has returned to the National Assembly as an ex- officio, together with Cabinet ministers appointed outside of Parliament. In a cabinet of 21, assuming 50 per cent come from outside of Parliament, this adds to 11 or so extra seats to the national assembly, thus bringing the total to a possible 373 members.

Assuming each minister has at least two deputy ministers, there shall be 42 of them, in the National Assembly. While fair population representation has won and that government has returned back to the House in a typical Westminster model, the seat of woman reps has been scrapped together with the 12 nomination slots that guaranteed representation of persons with disability, ethnic and other minorities, workers and marginalized groups against Article 81 (c) of the Constitution.

Each of the originating Houses has veto power on the bill and it’s the respective speaker that then forwards the bill to the President for assent. Looking at this arrangement, it’s abundantly clear that the National Assembly will be the upper house for all intents and purposes.

The Senate has thus been reduced to effectively deal with county matters. Questions or statements from senators shall be answered by ministers and deputies who shall be from the National Assembly. The good thing about the amendment though is that it has removed the bottlenecks around voting by delegation, which is not only undemocratic but lacks representational merit.

A big win for MCAs as they will have a ward fund of at least five per cent of the county revenue. This is critical since most of the development projects by governors didn’t put this in mind, and that the National Assembly had shot down the ward fund bill as proposed by the Senate.

It means that a county such as Kiambu with a budget of about Sh15 billion can allocate up to Sh750 million to go directly to priorities of its 60 wards each year purely for development. This will cumulatively have an impact on small but essential projects for Wanjiku on the ground.

The BBI changes have also shifted our conversation from a purely political consensus to an economic one, with the recognition for the need to increase production, and the importance of the East African and African markets (pan Africanism), if Kenya is to prosper.

If fully implemented through various enabling legislations the document is fairly progressive for project Kenya.

The strengthening of Chapter Six on Leadership and Integrity, ensuring accountable county governments through the devolution law, a stronger and independent DPP, an independent police oversight commission, taming of public wage bill by including public officers under the ambit of the SRC, a constitutional youth commission to help focus of youth-related concerns and development are among the wins.

In addition, the conflict of interest at the judicial service commission, lack of discipline on the part of judges, and lack of a clear succession plan in the judiciary have also been addressed.

In general, the bill is comprehensive, with 58 amendments that largely appeal to the interests of the political class, it will be difficult for it not to sail through since a lot is to be gained by those who organise/mobilise the masses.