Arrests may signal determination to silence dissent and to railroad the country into a referendum.

• The recent arrests are significant given the context within which they are happening, invlving nonexistent crimes .

• Uhuru and Raila are trying to ram through changes to the Constitution which, if Cotu boss Francis Atwoli is to be believed, would open the way for the President to run for an unpopular third term. 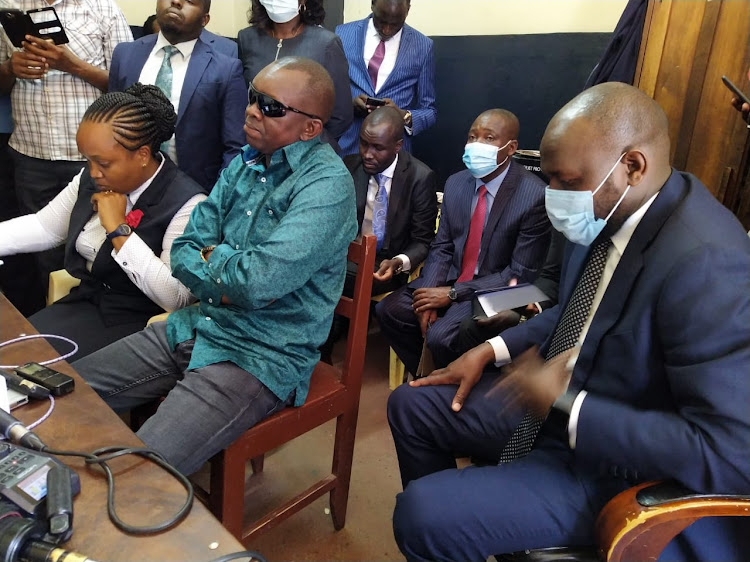 The dramatic arrest of two MP in the last two weeks on charges of ethnic incitement and 'insulting' President Uhuru Kenyatta’s mother signals two things: First that Kenya’s election season is underway, and, more troubling, that the President, who is supposed to be in his final term, is digging in rather readying himself to leave.

Ever since the country reverted to a multi-party democracy in 1992, electoral contests especially have been presaged by ugly and highly personalised political fights and mobilisation along ethnic lines.

Politicians seek to consolidate their control of ethnic voting blocs in preparation for coalitions. This is the time when historical grievances that had been conveniently forgotten as the politicians got down to the business of 'eating' are suddenly remembered and framed as electoral issues or bargaining chips.

The last three elections have prominently featured ODM leader Raila Odinga, as the popular anti-establishment candidate attempting to unseat either the incumbent or his preferred successor. He has borne the brunt of personal attacks, branded as a dangerous, malevolent demagogue and has ultimately lost out in highly irregular circumstances.

This time, however, he has upset the apple cart, forming an alliance with Uhuru in 2018, which may have just secured for him pole position in the 2022 election.

Losing out in all this is Uhuru's former ally, Deputy President William Ruto, who, in return for backing his boss in the last two elections, had been promised the President's backing for his own stab at the presidency. It is in this context that MPs Oscar Sudi and Johana Ngeno, both allies of the DP, spoke up bitterly decrying Uhuru's betrayal.

Telling him to prepare to go home when his term ends in 2022, they 'reminded' him that Kenya is not his or his parents' personal property.

While some of the charges against the MPs pertain to alleged incitement using coded language, much of the outrage in political and media circles has focused on references to the President’s mother – herself no wilting flower, one of the wealthiest people in the land, an accused poacher and landgrabber described by the CIA in the late 70s as one of the country’s largest charcoal and ivory traders.

The famously prudish political and chattering classes have seized on the mention of her having ordinary breasts as a grave 'insult' and an opportunity to attack Ruto, demanding he apologise on behalf of his lieutenants. More ominously, the police have made it clear that 'disrespecting the President' is one of the reasons they have taken action against the MPs.

This fits into a pattern where the state has progressively attempted to recreate de facto lese-majeste restrictions to replace sedition laws that were abolished more than two decades ago. Prior to that, it could be a crime to even write down words critical of the President or the Kanu government.

For example, in 1990 Rev Lawford Imunde was handed six years imprisonment for “printing and possessing seditious publications exciting disaffection against the President or the Government of Kenya”. This is after he noted in his desk diary that Robert Ouko was murdered with the connivance of the government.

In recent years, public warnings against insulting the President have been supplemented by prosecutions. In 2015, a university student was sentenced to two years in jail for Facebook posts that were said to “undermine the President’s authority as a public officer”.

Three years ago Embakasi East MP Babu Owino, who is today facing trial for shooting a DJ in a nightclub and was recently photographed hobnobbing with Uhuru, was also arrested for the non-existent crime of insulting the President.

The recent arrests, however, are significant given the context within which they are happening. Uhuru and Raila are trying to ram through changes to the Constitution which, if one their most vocal supporters, Cotu boss Francis Atwoli, is to be believed, would open the way for the President to run for an unpopular third term.

The importance the President and his cronies place on the constitutional changes is evident from his willingness to defy his own and his government's Covid-19 injunctions to hold public rallies to campaign for them. Therefore, arrests may signal a similar determination to silence dissent and to railroad the country into a constitutional referendum.

Kenyan politicians are a rogues gallery at the best of times. And Kenyans should beware the agenda afoot when people who have consistently refused to implement constitutional requirements on gender inclusion suddenly set themselves up as defenders of the virtue of privileged women with dubious records.

Sudi said DP Ruto has been sidelined from the government since Handshake took over.
News
1 year ago
by PATRICK GATHARA Political Cartoonist and Commentator
Siasa
18 September 2020 - 10:02