Leaders must learn to play by the rules

The country is slowly steeping to a dangerous cliff, almost snapping

• As we abrogate the law to achieve the narrow, cheap and selfish political agenda,the country is slowly steeping to a dangerous cliff, almost snapping!

• The unfortunate hate mongering back and forth is a result of undermining the clearly stated laws. 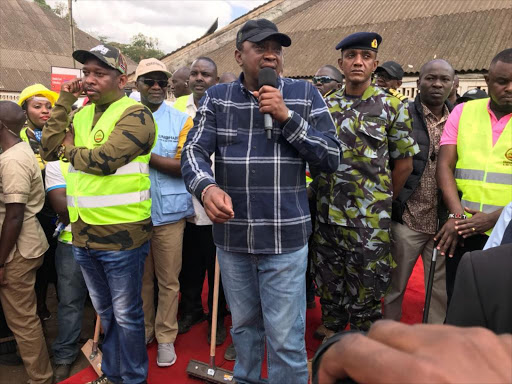 There is no enduring legacy as a leadership founded and based on the dictates of fair and just laws.

World over, Kenya's Constitution has been lauded as the most progressive,  especially the Bill of Rights and attendant sections.

A Constitution that does not only purport to separate the powers of the various arms of government but include safeguards is a bulwark for effectiveness, accountability of state actors and checks and balances.

Therefore, when sneaky attempts at rolling back such gains are made by people who swore to protect the Constitution, then it is time good people who have the interest of the country at heart have to stand up.

Failure to observe the constitutional dictates is a recipe for anarchy and recent events are pointers to such wrong trajectory. We work with people in various fields and offices not because we love them, but because our goals are not personal but collective. That's what should inform the work ethics in government.

Times without a number I have opined that the Jubilee government in its second-term is unofficially rewriting the laws of this land. So much so that those we can't hold accountable are the ones calling the shots ,while those with the people's mandate are shoved aside.

All these on spurious claims of imaginary wrongs by those we pay salaries to work for us, yet can't be accorded space and respect. We have reached a point where you have to be liked by a certain panel of courtiers to be respected.

As we abrogate the law to achieve the narrow, cheap and selfish political agenda, the country is slowly steeping to a dangerous cliff, almost snapping!

The unfortunate hate-mongering back and forth is a result of undermining the clearly stated laws. Ministers are allowed to brazenly insubordinate a duly elected Deputy President.

A non-elected party functionary and his nyama choma party are on the prowl, literally. Then the counterattacks from the leaders, lacking in any iota of respect and decorum to the Office of the President, even entangling respected leaders who can no longer defend themselves is what we now see. We are at a tipping point and it can't get worse than that.

Only constitutionalism will bring the much needed sanity and the President must return the country to that path.