How to understand the message of Constitution

Citizens have not been able to grasp the approach of the Constitution— too much caught by ethnicity.

• The three key organs for security (which include sovereignty, territory, rights and freedoms of its citizens) are the Defence Forces; National Intelligence Service and the National Police Service.

•  National security is to be pursued in compliance with the law and with the utmost respect for the rule of law, democracy, human rights and fundamental freedoms 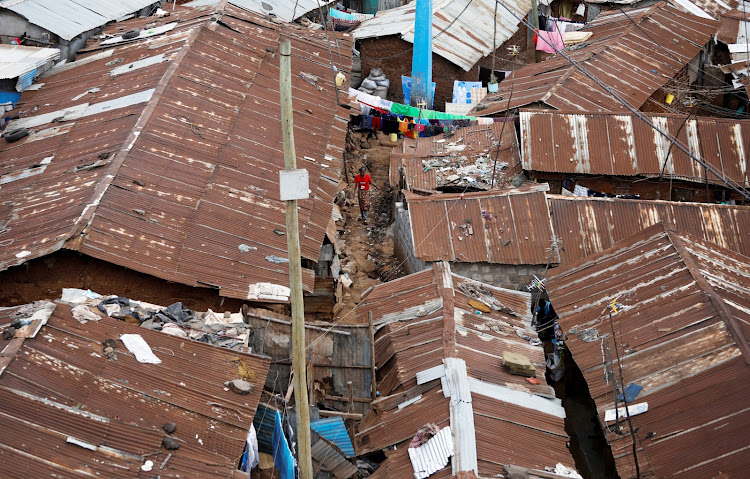 I am not writing about Covid-19 — though the Constitution may have many a word on the subject.

The government would do well to apply the logic of the Constitution to its policy on the virus. If in the last 10 years the values of the Constitution had been followed, there would not have been the same degree of poverty as has made combatting the virus so difficult.

I am not suggesting that we could have done without restrictions, but that maybe we would not have been in quite such a dilemma – that restrictions might have been less devastating. The defects of the government’s strategies are owed in no small measure to its disregard of the Constitution, both in the past and now.

So, what are the values and principles of the Constitution — and why is it called the People’s Constitution—“people” being all Kenyans? It is given that title both because it was established through the participation of people throughout the country (including in the constituent assembly), regardless of religion or history, and also because of its fairness to all citizens. This is in great contrast to the constitutions that Jomo [Kenyatta] and [Daniel] Moi created for themselves, and under which ordinary Kenyans suffered so much.

A careful review of the present Constitution makes clear that the primary objective is the welfare of all the people — and the environment.

The values and principles underlying the Constitution are too extensive to be covered in detail. But broadly, they emphasise Kenya as One indivisible sovereign nation, where all power belongs to the people, though to be exercised in accordance with the Constitution. This makes the Constitution the dominant framework for state policies and conduct.

The structures of the state, including elections, are therefore organised to emphasize our common citizenship: we are one people. For politicians this seems the hardest principle to accept — they are in constant violation of it. From the perspectives of the Constitution, it is the most basic principle. Through that principle, we would solve many ethnic and national problems—and conflicts. The Constitution does not denigrate ethnicity; it finds its place in a culture that we can all enjoy.

The implementation and operation of a constitution depends largely on the structure of the State. State structures with huge powers and little accountability are unlikely to follow the constitution, especially when it does not suit the head of state. The Constitution starts with Representation of the People through an independent electoral system, to ensure that the occupants of state structures are mindful of the preference of the people. Any violations of the law can be taken to the judiciary.

The Legislature is more clearly the people’s, and more accountable to them than other state institutions, and is dealt with first in the Constitution. Its authority, the Constitution says, is “derived from the people” and “manifests the will of the people”. Parliament must “protect this Constitution and promote the democratic governance of the Republic”.

Electorates “have the right to recall the member of Parliament representing their constituency” (Article 104). Parliament must “conduct its business in an open manner, and its sittings and those of its committees shall be in public” and it “must facilitate public participation and involvement in the legislative and other business of Parliament and its committees (Article 118). The Constitution gives every person “a right to petition Parliament to consider any matter within its authority, including to enact, amend or repeal any legislation” (Article 119).

There are some conscientious parliamentarians but far too many are been concerned primarily with their own interest.

Its very name means those who carry out – carry out what? What the people, especially through Parliament, want. The Head of the Executive is the President (elected by people), the Deputy President and the rest of the Cabinet. The composition of the national executive must reflect the regional and ethnic diversity of the people” (Article 130). The reference to regional and ethnic diversity reflects a new concern with nationhood, moving away from “ethnicity” that so marked the regimes of Jomo and Moi.

The Executive’s authority “derives from the people of Kenya”.

Moreover: that authority must be “exercised in a manner compatible with the principle of service to the people of   Kenya, and for their well-being and benefit” (Article 129). The President is described as “a symbol of national unity” (Article 131 (e)). The specific tasks of the President are defined as: respect, uphold and safeguard the Constitution; safeguard national unity of the nation; promote diversity of the people and communities of Kenya; and ensure the protection of human rights, fundamental freedoms and the rule of law”. The responsibilities go far beyond the way the President seems to view them: as empowering him to tell other what to do.

The President cannot hold office for more than two terms, though BBI might find a political role (as prime minister?) for a retiring president.    The procedure for her removal is difficult (Articles 144 and 145) - not to enable untrammelled power, but to prevent political interference.

Inevitably, executive functions are mostly carried out by public service. The Public Service should be impartial, skilled and honest. The values and principles of the service are set out at length: high standards of professional ethics; efficient, effective and economic use of resources; responsive, prompt, impartial and equitable provision of services; involvement of the people in the process of policymaking; accountability for administrative acts; transparency and provision to the public of timely, accurate information; fair competition and merit as the basis of appointments and promotion (except in relation to particular groups - see below); be representative of Kenya’s diverse communities, with adequate and equal opportunities for appointments, training and advancement at all levels of (i) men and women; (ii) members of all ethnic groups; and (iii) persons with disabilities.

The President appoints the public prosecutor, with the approval of Parliament, but she must be independent in her decisions on prosecution – not told by anyone else, including the President, who to take to court. She “shall have regard to the public interest, the interests of the administration of justice and the need to prevent and avoid abuse of the legal process” (Article 157 (11).

The three key organs for security (which include sovereignty, territory, rights and freedoms of its citizens) are the Defence Forces; National Intelligence Service and the National Police Service.

National security is to be pursued in compliance with the law and with the utmost respect for the rule of law, democracy, human rights and fundamental freedoms, respect for the diverse culture of the communities within Kenya; and appointments in security service to reflect the diversity of Kenyan people in equitable proportions.

Of particular interest to us are the objects and functions of the Police Force which include (a) prevent corruption and promote and practice transparency and accountability; (b) comply with constitutional standards of human rights and fundamental freedoms and dignity; and (c) foster and promote relationships with the broader society.

Commissions and Independent offices form an essential part of the national scheme for the promotion and protection of constitutional principles and values. They include bodies regulating land, elections, judiciary, police service, salaries of officials, and those responsible for monitoring and protecting human rights and for ensuring lawful expenditure.

These institutions are established, as the Constitution relates, to (a) protect the sovereignty of the people, (b) secure the observance by all State organs of democratic values and principle, and (c) promote constitutionalism (respect for the Constitution) – and they are structured to do so without political interference. How successful? Some have generated resentment from politicians that suggests some degree of success. Others have been captured by the very forces they are supposed to resist and control.

Judiciary authority, too, comes from the people, and the judiciary is not to be controlled or directed by any person or authority (Article 160). They are only below the Constitution. The ways they are appointed and regulated are designed to ensure their impartiality and independence (Article 166).

For courts and tribunals, too, principles are established. Justice must be done to all, irrespective of status. Justice must not be delayed, it must not be distorted by undue regard to technicalities of procedure. The courts must protect and promote the purposes and principles of the Constitution (Article 159). And, because they may respond more to the people’s wishes, alternative, including traditional, methods of deciding disputes must be promoted.

The financing of the judiciary is also designed to ensure the independence of the judiciary, though the basic budget must be approved by the National Assembly (Article 173) – the people’s representatives. The Judiciary has not been perfect, but is much improved, and has stood up for the people’s rights in many cases. Yet the judiciary has, with good cause, complained about the unfairness of financial allocation, under the pressure sometimes of the Executive, more precisely the President, but sometimes Parliament, again resentful of the judiciary’s power to constrain it and compel it to obey the Constitution.

This text has largely been about the structure of the Constitution; not enough reference has been made to its effectiveness or the obedience to its norms.

Sadly, the Constitution has made no impact on the Presidency—and therefore not the range of institutions accountable to him. The Judiciary has tried hard, but has valued formalism at the expense of justice—an approach not advanced by the Constitution. Parliamentarians’ interests’ have been narrow—mostly self-serving. Citizens have not been able to grasp the approach of the Constitution—too much caught by ethnicity.