One thing is for sure, if Yasin lived on the third floor of a flat in Lavington or Runda or Nyali in Mombasa, he would be alive today.

• For how long will the poor continue to live in this way? When will the police shape up and appreciate the lives of the less privileged in our society?

•  When will Kenyans stand up for the rights of the poor? 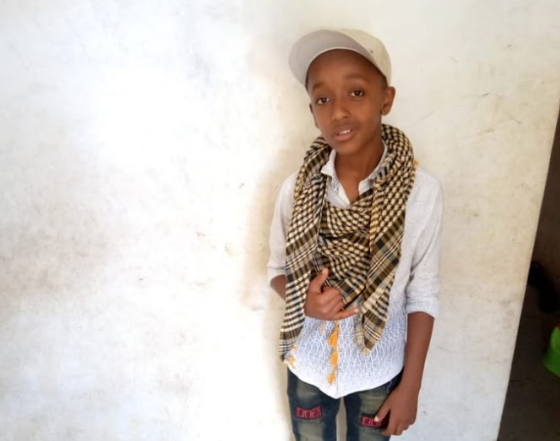 His life taken away by a bullet fired from a gun that ought to have been protecting his life, not taking it. He was shot just 20 minutes from the onset of the first day of the curfew on Friday, March  27.

He was not in the streets throwing stones or riding a boda boda in defiance of the curfew. He was inside their home – a place we were all told we would be safe. Yet from the balcony of their third floor home, Yasin was shot in the stomach.

At first, his mother did not believe it when Yasin told her he has been hurt. Not until she saw the blood. Yasin’s brothers and sisters quickly rushed him downstairs and straight to Mama Lucy’s Hospital. Unfortunately, due to the curfew, it is reported it wasn’t until after about two hours when Yasin received medical attention. Since then, he remained in hospital fighting for his life. All the time, his family members were by his side, praying for his recovery and return home. Unfortunately, in the early hours of Tuesday, he lost his life.

Yasin lived in the sprawling Kiamaiko estate in Nairobi where the inhabitants are regarded by the police as nobodies. In many informal settlements in Kenya, be it Nairobi, Mombasa, Kisumu or Nakuru, police reign terror and kill at their pleasure. The sanctity of life in the slums is totally ignored by the police, who have become the law unto themselves unleashing terror at will.

It is of little wonder that on that fateful day, police did not care whether their bullets would hit a person or not. They just shot carelessly and now, young Yasin is no more.

One thing is for sure, if Yasin lived on the third floor of a flat in Lavington or Runda or Nyali in Mombasa, he would be alive today. This is the sad situation that is Kenya today. Police modus operandi is selective and those with wealth are given not just preferential treatment but are even allowed to escape with crime. However, if you are poor, you are guilty even before uttering a word. Kenya is a perfect example of a rogue system that has chosen to criminalise poverty.

To confirm that Kenya has a rogue system, Yasin’s case is not isolated. Khamisi Juma, 49, was on the first day of the curfew confronted by police officers in Likoni, almost at the same time as Yasin and was injured severely. Coming from a low income area in Kiteje, his family could not rush him to hospital due to the curfew until the next morning. By that time, his injuries had worsened and although doctors and medics tried to treat him, he lost his life in the early hours of Monday morning. Yet another poor victim of the curfew.

Such incidences have not been reported in posh areas where the rich and politically correct live. With stocked fridges and food stores, the wealthy are lavishly enjoying their time at home, sharing curfew memes and spreading coronavirus rumours. While they happily social distance and waste away, police stand outside protecting them and their properties. Should they need to venture outside during the curfew nights, they are escorted by the police to ensure their safety. Utumishi kwa Wote is Utumishi kwa Matajiri and Utumwa kwa Maskini!

Article 159 (2) (a) of the Constitution provides that “justice shall be done to all, irrespective of status”. As Yasin’s mother said, “We are waiting to see if justice will be done for Yasin”.

I have a feeling Yasin’s case will become a mere statistic of yet another extrajudicial killing in Kenya. But for how long will the poor continue to live in this way? When will the police shape up and appreciate the lives of the less privileged in our society? When will Kenyans stand up for the rights of the poor?

The Kenya National Commission on Human Rights will launch a public inquiry into alleged extrajudicial killings, forced disappearances and torture at ...
Counties
5 years ago

State on the spot for extrajudicial killings