Why lockdown would be tough or impossible

Experts say Kenya's economy may not withstand a total lockdown 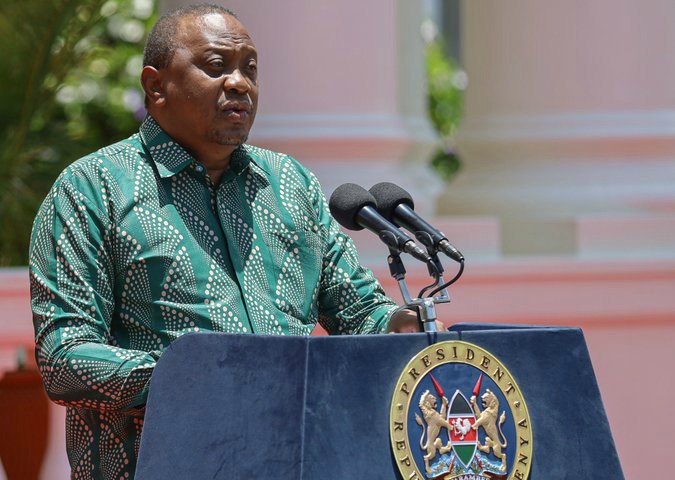 President Uhuru at State House during a past address to the nation.
Image: PSCU

President Uhuru Kenyatta's decision imposition of a 10-hour, 7pm to 5am, curfew has triggered fears the country cannot afford a complete lockdown to control the coronavirus spread.

Despite a groundswell of pressure from a section of economists and politicians to declare a countrywide shutdown, the President and his advisers decided on partial but significant restrictions on Wednesday.

The decision to impose a night curfew exposed the government's limited tough options even as it became clearer that a total shutdown would begin to drain the state's already diminishing coffers. The economy is bleeding '

With Kenya's economy being most productive during the day, the National Security Council opted for a night curfew to control the mass movement of Kenyans.

Section 9 (3) of the Public Order Act states that a curfew order shall remain in force for not less than 28 days or until rescinded or extended by the state.

The country is already experiencing dwindling collections by the Kenya Revenue Authority.

Fourteen million Kenyans live below the poverty line. This means they would be unable to meet their basic needs if they are confined to home.

The KRA collected more than Sh628 billion for the first half of FY 2019-20  financial year, just 36 per cent of the Sh1.7 trillion target for the year.

The revenue will drop further in coming months given the array of tax relief the President granted Kenyans on Wednesday.

The state also suspended all international flights from Wednesday night, a radical decision that will hit aviation, tourism, the flower industry ad other sectors.

“Kenya cannot afford to impose a total lockdown when more than 25 per cent of the people in the country live below the poverty line,” financial analyst James Kinyua said, adding that travel restrictions would break the supply chain for basic commodities.

Consumer behaviour would take a hit as Kenyans devise ways to survive on the bare minimum, with strained cash flows and decline in production of goods and services.

Kinyua said that in countries that have declared a total shutdown a huge chunk of their population suffer greatly because they depend on daily wages.

“A total shutdown is an extreme measure. It would drive the economy to its knees in just a couple of days,” Kinyua added. 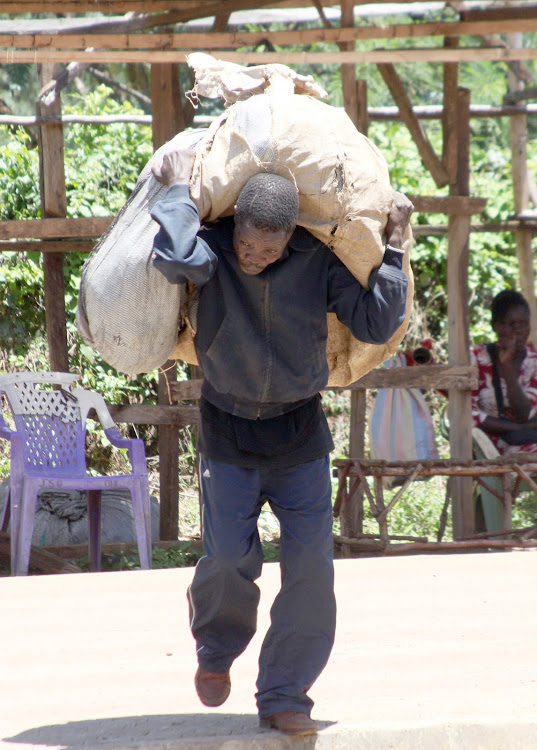 A man carries luggage to a store after the Kisumu  government ordered all traders to close business and go home.
Image: DANIEL OGENDO

A total lockdown entails extreme social distancing measures meant to help people to stay healthy by breaking the chain of transmission and giving the physically vulnerable population a fighting chance.

Italy, India, Spain, South Africa are some of the countries under intense nationwide lockdowns, with citizens required to stay in their homes except for essential work, food shopping or medical appointments.

China, France, New Zealand, Poland, and the UK have implemented the world's largest and most restrictive mass quarantines.

More than 21,181 people have died and more than 467,500 have been infected by the coronavirus worldwide.

Giving the clearest indication there would be no immediate countrywide lockdown was Central Bank of Kenya Governor Patrick Njoroge who on Tuesday affirmed a total shutdown was the last resort.

“But beyond that, we are very much in the hands of competent authorities,” Njoroge said.

The government's decision to impose a night curfew from this Friday comes as Kenyans are already feeling the effects of a partial lockdown that led to the closure of schools, bars and clubs with restaurants only allowed to offer to take away or delivery services. 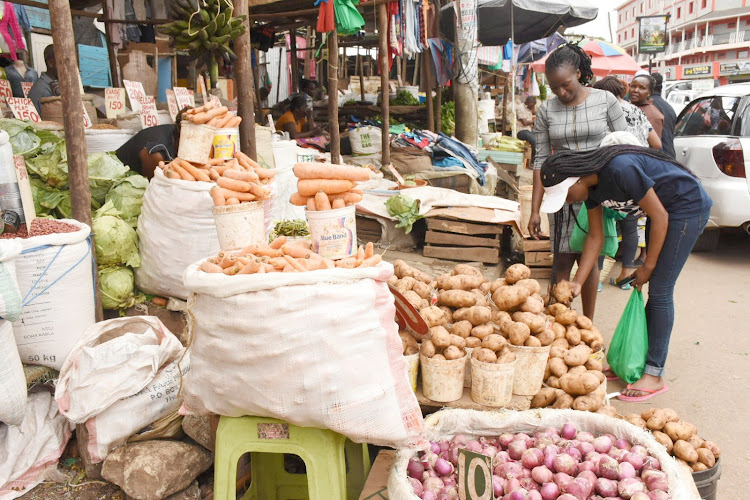 Economist Samuel Nyandemo said the government was just buying time since an unprecedented lockdown will jeopardise the state coffers.

“The government is broke, it is just that it doesn’t want to admit that,” he said, arguing that a lockdown would mean that the government allows tax holidays to keep more cash in the people's pockets.

A lockdown would also mean that the state would lift a couple of taxes imposed on an array of essential goods such as maize flour, rice, and cooking oil and cuts taxes on fuel and even income tax.

On Thursday, political analyst Felix Odhiambo told the Star the state was trying to pilot the night curfew before going into a complete lockdown in the coming weeks to slow the spread of the virus.

“What the government is trying to do is to start preparing Kenyans that a lockdown would be in the offing, just to avoid mass panic in case such a declaration is made,” he said.

Odhiambo said that a lockdown would be the last option yet a most painful decision if the country experienced any fatalities from the virus.

“One or two deaths and we would go into total shutdown,” he said, noting that the effects of the lockdown would be far-reaching.

Proponents of a shutdown believe that it would be a painful measure yet a last resort to prevent mass casualties.

The warning came from MombasaGovernor Hassan Joho who said the indecision to lock down the country could cause catastrophes.

"These are painful decisions, yes. But do we need to take them? Yes, of course. They could cost us, so be it! But we have a responsibility," Joho told a press conference in Mombasa on Monday.

Joho has maintained that the country needed a shutdown like that in Wuhan, China, and Italy -- the new epicentre of Covid-19.

"A complete shutdown is what has made them change the conversation. Now they're saying we will not allow other people into Wuhan, where it all began," he said.

If President Uhuru declares a national lockdown it means Kenyans would be confined to their houses and only authorised personnel offering critical services --security forces, medics and humanitarian organisations -- would be allowed outdoors.

However, with Kenya's economy largely dominated by a hand-to-mouth population, the lockdown would impact heavily on the availability of foodstuff.

"What we should see going forward should be a compete lockdown in this country," Simiyu, a medical doctor, told the Star.

Better err on that side and nothing happens at the end than regret when figures climb up, the Ford Kenya secretary general said.

The MP said the government cannot wait to afford catastrophic levels of the consequences of the virus when people are roaming freely in the streets.

"Our open-air markets should have been shut like yesterday and strict movement controls established. Kenya cannot afford to wait any longer," he said.

Former Kakamega Senator Boni Khalwale, a medical doctor, backed the push to lock down the country but urged the county governments to step up sanitation measures.

"The government must ensure that the lockdown does not deny struggling families an opportunity to eke out a living and feed their families," Khalwale said.

Latest demographic statistics show that more than 14 million Kenyans are in informal sectors of the economy and therefore depend on daily incomes.

The former Ikolomani MP told the Star that if the government follows the world best practices it would be able to contain the spread of COovid-19 without fatalities.

"We must give hope to Kenyans. Hope is very important in this scenario. Our people must understand that the world population can not be decimated by the coronavirus," he said.