Why non-executive President would be better than what BBI proposes

The Bomas draft president would have been directly elected by the people – giving her some real authority in the eyes of the people.

• According to the BBI project, it seems the President nominates as Prime Minister the person from the party with the highest support in Parliament.

• The best loser in the presidential election automatically becomes an MP and the Leader of the Opposition. Who selects the Deputy Prime Ministers is not specified—President or Prime Minister? 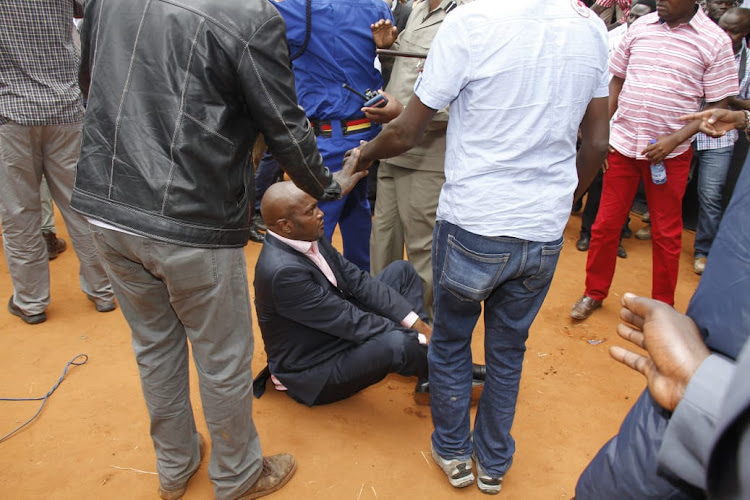 In several democratic countries, the monarch plays a similar role. As the title indicates, a non-executive president is the leader of a state, but without substantive authority. But he or she does have important functions.

There is no standard role for the non-executive president—in countries some it is quite extensive and in others quite limited, and, as now in Britain, limited to the power to encourage, to advise and to warn. She acts as a figure of national unity and is expected to moderate political conflicts. Often she plays an important role in developing or sustaining national values and the constitution. She has little to gain for herself, but can do a great deal for the country. And just because she has nothing to gain, she is taken seriously—and trusted. In multi-ethnic societies she can play an important role in strengthening a sense of nationhood.

The notion of a non-executive head of state is not new to Kenya. Independence was given on the basis of long constitution negotiations between the British government and Kenyan political groups. Britain was anxious that Kenya should have a democratic constitution in which members of all communities should have equal rights. For this, Britain preferred its own system in which though the government operates through an elected legislature, the Monarch has significant powers to influence the government to ensure fair policies and administration-she meets the prime minister every week.

Translated for Kenya, that role would be vested in a formal head of state, while the head of government would be the prime minister. Jomo Kenyatta was particularly opposed to it as he much preferred to be president rather than prime minister; the smaller communities, however, supported it. Jomo had no option but to accept it to ensure independence. But within less than a year of independence, he replaced that arrangement with one under which the president, Jomo himself, had all executive power.

The massive abuse of that constitution by Jomo and Moi led to the demand for its replacement by the Bomas constitution (a document prepared through intensive consultations with Kenyans, down to the smallest farmer and approved by a constituent assembly including all political, social and economic groups—the most democratic process in Kenya’s history). This provided for a prime minister – usually leader of the majority party in Parliament and president with the sorts of powers outlined in the opening paragraph.

In fact, the Bomas draft gave the president a very significant role, mindful of the atrocities of previous presidents. She would have have been Head of State, Commander-in-Chief of the Defence Forces, though not with power to command the troops, and chair of the National Security Council, a symbol of national unity, responsible to promote and enhance the unity of the nation and respect the diversity of communities, and uphold, safeguard and respect the protection of human rights and fundamental rights—and the entire constitution.

She would have had the authority to propose to the National Assembly the dismissal of the prime minister. The president could propose legislation, could address Parliament at any time, and would report, in an address to the nation, on all the measures taken and the progress achieved in the realisation of the national goals, values and principles.

The Bomas draft president would have been directly elected by the people – giving her some real authority in the eyes of the people. No wonder the politicians quashed it! The presidency might have moved from one ethnicity or county to another (I used to imagine some communities being able to see their tribes-woman as president – which would never otherwise be possible). But rotation was not prescribed in the Bomas draft.

This basic model was retained by the Committee of Experts. It featured in their first two drafts, but even before it came before Parliament, political party leaders got together in Naivasha and replaced the provisions for government with an American style presidential system. This restored a powerful president, the office of which would inevitably be the ultimate prize in Kenyan politics. Back to what Kibaki used to like to call the “Imperial President” – before he became president. No doubt each leader thought that he was going to win; the BBI process, with leaders who were involved in the Naivasha decision, is reminiscent of it.

By the Naivasha decision, important safeguards against abuse of powers by the head of government were removed. This placed on the Judiciary much of the responsibility for ensuring government’s respect for the constitution. The resultant tensions are shown by recent developments in relationships between the President and the Chief Justice and his colleagues—with the president castigating them, cutting down their budget. And he has got away with it, showing the lack of effective sanctions against the president and government.

NOW TO THE PRESENT

The logic of all these provisions is puzzling. Just suppose the majority party in Parliament was not the President’s but the party of the best loser in the presidential election! They give the President increased authority, in controlling matters that should be the matters for Parliament. Parties are likely to lose considerable authority. And to specify that the, with her huge responsibilities, has the same salary as MPs does not make any sense. In this, a small number of politicians of little understanding of politics, constitutions, democracy, or fairness, have taken upon themselves the power to run the country. And taken away from political parties their right to decide several matters of organization and choices that the BBI gives the President—at a time when there is already considerable disquiet about the authority of the present President.

It is hard not to be cynical about BBI leaders. If their objective was to take away the miseries of Kenyans, the solution was in their hands, especially Uhuru controlling the vast resources of the state to cater for the poor. Instead, they have squandered billions of shillings and millions of dollars (courtesy of US President?). In their quarrels with “enemy” politicians they have squandered the prospect of a unified nation. I tell them: Please read the Constitution, the obligations placed on the President for the well being of all the people. Instead, you have increased the burden on them and enmities among citizens.

The constitution is not perfect. I would have preferred a non-executive president, without this travesty of a system. After all the BBI started with implementing all the provisions for the well being of Kenyans