• In a number of countries — including Kenya and Nigeria — colonial governments even attempted to manipulate elections to ensure that their allies would emerge victorious.

• If colonial governments taught aspiring political elite anything, it was how to use co-option and coercion to demobilise popular movements. 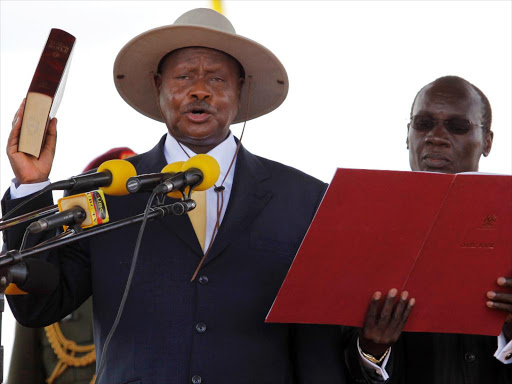 The impact of colonial rule on sub-Saharan Africa continues to be the subject of intense debate and controversy.

Barely a year goes by in the UK without a public figure igniting a furore by arguing that colonialism somehow benefitted the people it oppressed.

But our new book, Authoritarian Africa: Repression, Resistance, and the Power of Ideas, paints a very different picture. We re-evaluate the political legacy of colonialism and find that it had a profound impact on African political systems.

The colonial era strengthened the power of “Big Men” – powerful local leaders – over their communities. This undermined pre-existing checks and balances. In this way, the colonial era helped institutionalise repressive forms of government.

At the same time colonial rule also ensured that post-colonial leaders would face a major struggle to assert their authority. It did this by creating states with limited capacity to provide services and police their own territories.

The unstable authoritarian pathway that so many states followed after the colonial rule was no accident. It was facilitated by the ways in which European empires undermined democratic elements within African societies.

Understanding the deeper impact of colonial rule is, therefore, important. Not only to give us a better sense of history, but also because it helps to contextualise the development of African politics ever since.

Prior to colonial rule, many – though not all – African societies lived in relatively small groupings that were much smaller than modern, centralised states. In some cases, these societies didn’t recognise a strong central authority figure at all. This put limits on the extent to which power could be abused. The low population density meant that communities might move to another area if a ruler was excessively exploitative.

These systems weren’t necessarily democracies. Power was often dominated by older, wealthier men. But, most were a long way from being centralised political systems capable of mass repression.

First, it created clearly demarcated national boundaries and a central authority structure, along with a more extensive bureaucracy and security forces. Thus, post-colonial presidents enjoyed the potential to wield power over a vast territory and diverse group of communities.

Second, colonial governments typically lacked enough officials to effectively run their territories. To maintain political stability they, therefore, collaborated with – or subordinated – existing leaders and power structures. In many cases, this involved funding and arming willing collaborators to enable them to exert greater control over their communities. These leaders were expected to manage their communities and prevent a rebellion against colonial rule.

It was more efficient for colonial governments to engage with fewer leaders who could deliver the support of a greater number of people. In addition, many colonial officials falsely assumed that Africans lived in tribal kingdoms. As a result, the process concentrated power in the hands of a relatively small number of “Big Men” and entrenched ethnic identities.

Some African communities resisted the imposition of what they saw as illegitimate authority structures. In others, political entrepreneurs gave colonial regimes what they wanted in a bid to accumulate greater power. But, in both cases, the colonial era disempowered its “subjects.

It also laid the foundations for politics in many African states to become dominated by a struggle for power between the leaders of different communities.

THE BIRTH OF ELECTION RIGGING

European powers also handed over a poisoned chalice at independence when it came to democratic institutions. Colonial governments had done little to create the conditions under which democratic politics could take hold and thrive. In some cases they even refused to hold elections until the eve of independence. Instead, they systematically sought to deny Africans their political and economic rights, and stymie the emergence of popular nationalist parties.

All of these policies were enacted by states that were extremely centralised and in which the colonial governor wielded vast power.

In a number of countries — including Kenya and Nigeria — colonial governments even attempted to manipulate elections to ensure that their allies would emerge victorious. The first rigged elections held on the continent were those organised by Britain and France.

If colonial governments taught aspiring political elite anything, it was how to use co-option and coercion to demobilise popular movements. Indeed, many African governments have restricted the basic freedoms of their citizens by using colonial era legislation still on the statute books.

Just a few years ago, for example, five radio journalists were arrested in Zambia for allegedly calling a government politician "useless” under Section 179 of the penal code. The code was first introduced under British colonial rule.

This complex colonial inheritance gave rise to a set of governments characterised by fragile authoritarianism.

On the one hand, the authoritarian structures fostered under colonialism meant that democratic constitutions were quickly undermined after independence. On the other, the social and political impact of colonial rule made it more difficult for governments to assert control.

This tension led to the emergence of a set of political systems that typically struggled to establish a sustainable alternative to democratic rule.

The challenges that post-colonial leaders faced were particularly difficult because they were multifaceted. There was the threat posed to them by rival Big Men. And there was also the fact that these leaders had inherited states that lacked an effective infrastructure or public services. They also inherited economies that were designed to extract value rather than create mass employment.

Most African governments lacked the funds needed to make up for this deficit. This was made worse by the fact that the early 1970s saw a period of economic decline. As a result, building effective totalitarian regimes –- in which the state uses repression and control over information to regulate all aspects of life –- was often all but impossible.

In this sense, post-colonial states reproduced a core feature of colonial rule: in the absence of a strong state, maintaining political stability depended on a combination of coercion and co-option. Leaders who understood the importance of this balancing act could stay in power for decades. Those who did not could be toppled in weeks.

THE PAST OF THE PRESENT

Of course, there is much more to Africa than fragile authoritarianism. And the way in which these legacies played out was not uniform. It was shaped by variations in the colonial power and the different strategies that the Belgian, British, French, and Portuguese deployed.

The decisions of African leaders and the nature of the nationalist movement that fought for independence were also of great importance. For example, in two countries  — Botswana and Mauritius —they enabled multiparty democracy to be built and maintained after independence.

But in many ways, these exceptions prove the rule. On the whole, colonialism reinforced the authoritarian elements within African societies while undermining the elements of inclusion and accountability that had previously balanced them out.

The cumulative impact of these changes made it more difficult for African countries to forge democratic futures.

When viewed in this light, it is clear that there is little reason for European nations to be proud of their empires.

This article was first published by The Conversation