China deserves praise for success but countries should develop own strategies

In regard to developing countries, the message is simple: Modernisation is not equal to Westernisation.

• Many who have blindly copied, or allowed themselves to be coerced to adopt inappropriate Western models of development have been catapulted into governance lethargy, corruption, economic catastrophe, poverty, social unrest, and civil wars.

• Developing countries, should change gears and emulate China by posing the question: What path did China take in the past 70 years to achieve such success? 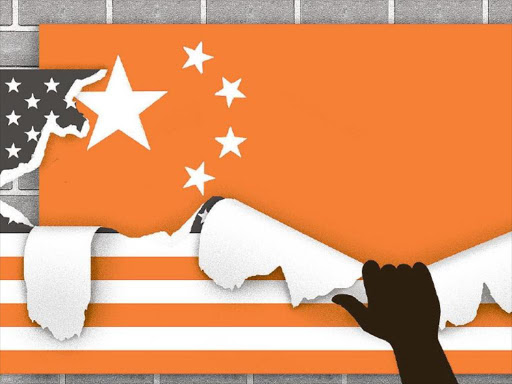 China celebrated the 70th anniversary of the founding of the People’s Republic of China on Tuesday, October 1.

A few weeks to the jubilation, the State Council Information Office published a commendable white paper: 'China and the World in the New Era'. This political manifesto has a stark missive for the treacherous West and gullible developing counties.

For the nefarious US hawks and their myrmidons who manipulate global opinion through the 'China Threat' theory, the paper reveals: “The causes of this theory include cognitive misunderstanding, deep-rooted prejudice, a psychological imbalance brought about by the prospect of falling power and deliberate distortions by vested interests.”

The culprit here is the minority West, which erroneously continues to believe in the outdated Western prosperity model that a rising nation will invariably seek hegemony when it grows strong. This is the Thucydides Trap [the political theory that when one great power threatens to displace another, war is almost always the result] that has led to the ongoing meaningless and devastating US and China trade war.

In regard to developing countries, the message is simple: Modernisation is not equal to Westernisation.

Many who have blindly copied, or allowed themselves to be coerced to adopt inappropriate Western models of development have, unfortunately, been catapulted into governance lethargy, corruption, economic catastrophe, poverty, social unrest, and civil wars.

The white paper reflects China's commitments to the world and should alleviate the anxieties and upsets caused by its rise.

The Chinese do not have the gene to invade others and dominate the world. “Over the past 70 years, China has not provoked a single war or conflict, nor invaded a single square of foreign land.”

China has chosen the road to peaceful development. This emanates from the profound heritage of Chinese civilisation dating back more than 5,000 years. “Chinese culture contains the cosmological view of the unity of man and nature, the international view of harmony between all countries, the social view of harmony in diversity, and the moral view of kindness and benevolence.”

Guided by this principle, notwithstanding the fact that China is a developing country, it has injected positive energy into world peace and development. The greatest is Beijing's $1 trillion Belt and Road Initiative or Chinese Marshall Plan, to connect Asia, Africa and Europe.

In addition, China has become the second-largest contributor to the regular and peacekeeping budgets of the UN, and the largest troop contributor among the five permanent members of the UN Security Council.

“By December 2018, China had participated in 24 UN peacekeeping operations and dispatched more than 39,000 troops, of whom 13 laid down their lives while on duty.”

In my view, developing countries, should change gears and emulate China by posing the question: What path did China take in the past 70 years to achieve such success?

To start with, China did not beg for assistance and wait for it.

Two, it did not copy and paste plans dictated by the World Bank and the IMF.

China’s development is a manifestation of confidence in its own people, self-reliance and hard work. It relies on a pioneering spirit, blazing its own path with bold experiments, based on its own conditions, experience and, of course, factoring in achievements of other civilisations.

That said, the next natural question is, should developing countries follow the Chinese path? The answer is no.

The kind of path a country follows should be based on its own reality, decided by its own people and in accordance with its own cultural traditions, level of economic, political and social development and history.

The right path should solve historical and practical problems facing the country. It should improve peoples’ wellbeing and lead to happiness. It should win the recognition and support of the people. This is a natural outcome if the path is prioritising peoples’ interests, people-centered development and directing all the country's undertakings towards fulfilling the peoples’ aspirations for a better life.

In other words, the choice of the path a country embarks on is critical to its success. It is a path of reform, innovation and removing institutional obstacles hindering development.

Ties with China have been tense under Ardern’s government.
News
3 years ago

U.S said China is the main source of illicit fentanyl, which is 50 times stronger than heroin.
News
3 years ago
Post a comment
WATCH: The latest videos from the Star
by NGOVI KITAU
Siasa
06 October 2019 - 06:00
Read The E-Paper