All eyes on Jubaland State elections in Somalia

• The incumbent president Ahmed Mohamed Islam aka Ahmed Madobe is hoping to retain the seat.

• A silent war is being waged between the Somalia Federal government, Jubaland state, Qatar, UAE, Ethiopia and Kenya over who will be the next president. 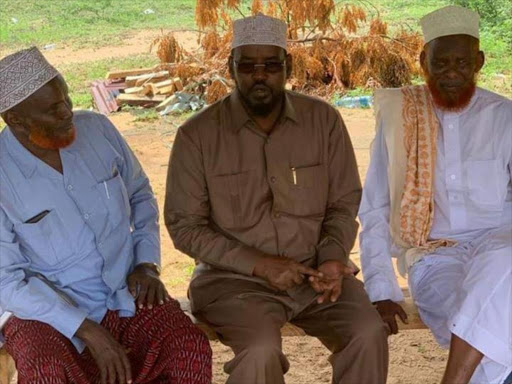 During Somalia’s last 28 years of lawlessness and perpetual conflict, there is no city that has exchanged hands more times than the southern port city of Kismayu, the current seat of the Jubaland State.

There is even a time the city exchanged hands twice within a day during the clan violence, days after the ouster of President Mohamed Siyad Bare in 1991.  All previous Kismayu takeovers have been bloody and have always been abated from outside with a desire to control the lucrative port of Kismayu and the agricultural rich fields.

This is the only place you can get fresh seafood, river fish, fruits, vegetables and to cap it all camel milk. For a nomad, this is like heaven on earth. It is also a place where farmers, fishermen and herders — three different cultures — fuse and share land around the rich Juba river banks. No wonder there is so much local and foreign interest to control Jubaland. The area has some of the most spectacular sandy beaches and beautiful islands in Somalia.

I am sure you’ve heard of the maritime dispute between Somalia and Kenya, haven't you? Well, that disputed part is in Jubaland. Now add the prospects for the rich gas and oil fields there to the above variety of goodies which Somali factions have since 1991 been fighting to control Kismayo and you will know why all eyes and ears in Somalia are currently fixated on the upcoming election later this month.

The election is the top news in the country and the talk of every town and village. If a news bulletin has no updates from the Jubaland election, then it's not newsworthy.

We should, therefore, not be surprised to hear Ethiopia and Kenya and indeed the world superpowers are jostling for a piece of Somalia. Who would not want to control a piece of such wealth that locals are too ignorant to enjoy in peace?

But isn’t the African Union Peacekeeping Mission in Somalia supposed to be non-partisan?

Kenya and Ethiopia forces are part of Amisom and the AU must, thus, remind them of their mandate. They should not allow to be used to bring instability in Kismayo like the Ethiopian forces were used in Baidoa earlier this year.

The incumbent president Ahmed Mohamed Islam aka Ahmed Madobe is hoping to retain the seat he unanimously won four years ago after leading a long, spirited and ugly war against al Shabaab to recapture Kismayo in September 2012. This was with Kenya's help.

A silent war is being waged between the Somalia Federal government, Jubaland state, Qatar, UAE, Ethiopia and Kenya over who will be the next president. Battle lines have been drawn and daggers drawn as Ethiopia openly sides with the Somalia government. Millions of dollars are also being spent by each side to win the race without any respect for the law and the wellbeing of the people of Jubaland.

Kenya is said to be sticking with their man, Ahmed Madoobe, whom they fought alongside him during the capture of Kismayu. Talk of better the devil you know than the angel you don’t know.

As usual, Western powers are silent but it is obvious, they are siding with either of those factions. The truth of the matter is that they often don’t care so much who becomes what as long as their interests are taken care of. What are their interests again? Oil, gas, minerals and to keep Russia and China away from those natural resources. Talk of international politics at its best in Somalia.

By the way, did you know that Somalia has uranium deposits too? Now you probably know why the world is so concerned about this tiny-but-rich and strategically located country in the Horn of Africa that has the longest coastline in Africa rich with untapped marine and fish stocks.

The world's busiest and shortest shipping lane connecting Asia, Australia, Europe and the Americas also passes in Somalia. That is why the US, China, France and the UAE have military bases to monitor the world trade from the Gulf of Aden and the Red sea.

Having already fixed their yes men in Hirshabele, SouthWest and recently Galmudug, the Somalia government has set its sights on Jubaland.

The Federal government stands accused of meddling with the Jubaland elections by a coalition of political parties in Somalia, who recently issued a statement accusing the government of sinister motives.

It seems that the situation in Somalia simply baffles many.

“I don’t know why President Mohamed Farmaajo is busy dismantling the Federal States leadership to install his allies, when, in reality he will not himself retain his seat come 2020.  Going by past Somalis voting patterns, no President has ever retained power. Why destroy what took the Somalis and their partners years to build?” quipped one diplomat who wished to remain anonymous.

As for Madoobe, he needs to understand that Jubaland is part of Somalia. He needs to know the limits of his powers and stop behaving as if Jubaland is independent. He also needs to ease restrictions on his political competitors and make the ground fairly competitive for credible and fair elections. But can you really fault him for his behaviors looking at what the federal government did in Southwest, HirShabelle and Galmudug?

In total, there are 18 candidates, including the first female candidate, the young Naima Sheikh Mukhtar from the diaspora. However, only eight candidates have reportedly been cleared. The others, who are believed to be supported by the federal government, are threatening to boycott citing interference by Madoobe. They also complain of too many restrictive rules by the Jubaland Election Commission such as a $30,000 non-refundable registration fee, which they say is aimed at giving Madoobe an advantage.

The election is, unfortunately, playing out to be the next possible hot spot in Somalia. The stakes are so high that even the best of friends and relatives have turned against each other and are now busy outsmarting each other with propaganda, lies and deception. Talk of the penultimate political chess game ahead of the 2020 Somalia presidential election when lawmakers elected from these federal states are expected to choose the next President.

The Somalia government, in its resolve to control all federal states, is said to be ready to do anything possible to dethrone Madoobe, who despite all the opposition is considered the favorite. This is largely because he has managed to ensure Kismayo is peaceful and is steering Jubaland to full recovery from years of conflict and neglect. His biggest political base is actually from the marginalised communities – who together are the majority if not equal in number with the bigger clans. Under his rule, these looked-down people found a voice and their fair share of the national cake.

Kismayu resident Abdi Shufec believes Madoobe will win but says the incumbent, just like all politicians the world over, has no confidence in his own ability forcing him to literally run the show. In Africa, this is normal. Just like what happened in Kenya.

“Madobe is the favourite but he does not think so. He controls the election commission. The Somalia federal government, on its part, is right on some issues but their approach at dealing with Jubaland is wrong. They are emotional and are creating clan divisions with their hardline stand using all the necessary tactic to oust Madoobe,” Shufec said.

I agree with him. The election is supposed to improve, strengthen, better and make life more safe and secure for the people of Jubaland, not to create animosity and insecurity.

That has to be the overall goal for Somalia government, not merely ousting Madoobe and replacing him with someone who has no touch with the ground.

Jubaland is a strategic partner for Kenya in the ongoing anti-Shabaab onslaught.
News
3 years ago