Amendment to Public Order Act in bad taste, must be treated with contempt it deserves

• The amendment seeks to make provisions for organisers of public meetings or public processions to be held responsible in case of loss of property, life or earnings, and to compensate

• This seeks to unnecessarily shift the responsibility of safety and security from the police to organisers of civic action, with the sinister intention of silencing public dissent 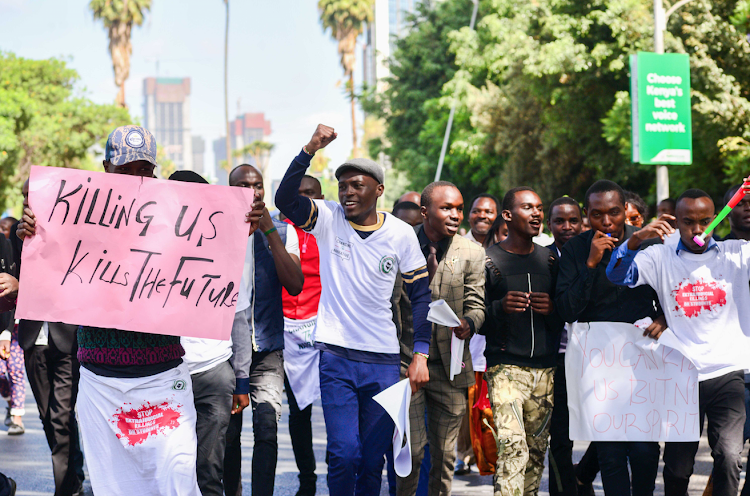 The amendment seeks to make provisions for organisers of public meetings or public processions to be held responsible in case of loss of property, life or earnings, and to compensate the affected persons.

Specifically, the bill sought to add the following clauses: “11 (A) A person who while at a public meeting or public procession causes grievous harm, damage to property or loss of earnings, shall be liable upon conviction to imprisonment for a term exceeding one hundred thousand shillings, or both.” and “11 (B) Where a person is convicted of an offence under subsection 11 (A), the court may (make) an order over and above the sentence imposed, that the person or the organiser compensates the affected persons on such terms as the court may deem proper to grant.”

That a sitting MP in this time and era would even fathom such an unconstitutional, backward and irresponsible amendment is flabbergasting.

This amendment is meant to threaten civic action, including protests and demonstrations, which are already guaranteed under Article 37 of the Constitution. It provides: “Every person has the right, peaceably and unarmed, to assemble, to demonstrate, to picket, and to present petitions to public authorities.”

What the amendment seeks to do is to unnecessarily shift the responsibility of safety and security from police to organisers of civic action, with the sinister intention of silencing public dissent and shrinking the civic space in the country.

The amendment is meant to derail the democratic gains Kenyans have made since the dark days of 1980s and to render the public impotent to mass atrocities committed against them.

Recently, in response to this outdated amendment Coast civil society organisations, including Haki Africa, issued a statement where we categorically opposed the proposed amendments to the Public Order Act and gave reasons.

Amongst others, it is the primary responsibility of the police at all time, including during demonstrations, to provide security. In the event of any breach of security, private persons, including organisers, cannot be held liable. The law requires that for demonstrations to go ahead, police should always be notified well in advance. This is for purposes of ensuring security.

Police, therefore, cannot abscond their duty to serve and protect. Organisers of civic action cannot be held responsible for any harm or damage caused.

As citizens, this amendment will encourage private persons to set up their own security forces to oversee their demonstrations. This will see the mushrooming of gangs and criminal groups. The amendment is subject to abuse, as competing interests will always plant goons and mercenaries at each other’s events to cause harm and damage with the intention of having their opponents held responsible.

As such, this amendment cannot be allowed to pass. In any case, the amendment will discourage individuals and organisations from actively engaging in civic action against public offices. It will dilute public protests and demonstrations and the net effect will be to encourage impunity. The state must be told that they cannot silence the people. They should allow for the expansion of democratic space in the country. The state must understand that when it makes peaceful processes impossible, it will make violent processes inevitable.

Due to this reasons, Coast CSOs, including Haki Africa, demand that the National Assembly and the Senate immediately withdraw the Statute Law (Miscellaneous Amendment) Bill, 2019 and in particular the amendments therein that seek to amend, among others, the Public Order Act.

The State, especially the police, must also confirm their willingness and readiness to fully abide by Article 37 of the Constitution, which guarantees all Kenyans the right to demonstrate, protest and engage in peaceful civic action.

Kenya has come along way to be where it is today. Compared to all countries around it, she has been able to safeguard human rights and the rule of law. We cannot allow MPs such as King’ara and legal reforms such as the proposed amendment to take us back.

MP wants organisers of demos to pay for damages

We will deal firmly with striking nurses - Boinnet

Striking nurses who will act in breach of the Public Order Act will be dealt with firmly, the National Police Service has said.In a statement issued ...
News
3 years ago