• One of every five deaths under the age of five worldwide is due to a water-related disease.

• The responsibility for the supply of water is divided between the national government and the county. 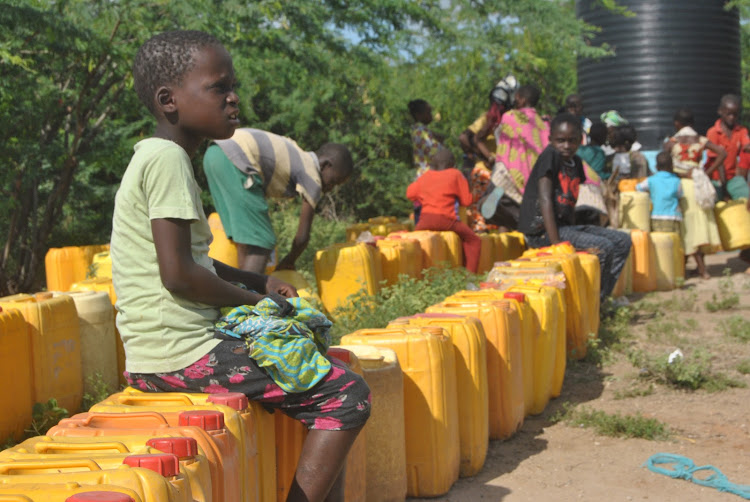 The title of this article is the slogan for World Water Day 2019 (yesterday March 22).

A report of an international medical institute states that half of the world's hospital beds are filled with people suffering from a water-related disease. In developing countries, about 80 per cent of illnesses are linked to poor water and sanitation conditions.

One of every five deaths under the age of five worldwide is due to a water-related disease. Clean and safe water is essential to healthy living. Kenya may not be as bad as this but it is clear that the situation here is bad enough. Most of these waterborne diseases aren't found in developed countries because of the sophisticated water systems that filter and chlorinate water to eliminate all disease-carrying organisms. But typhoid fever, cholera and many other diseases still run rampant in the developing parts of the world.

A report by the Mathare Social Justice Centre has shown how miserable the situation is here too, with little prospect of remedy. Kenya, particularly its cities, has one of the worst disparities of living standards among the rich and the poor. Seventy per cent of the people of Nairobi, and no doubt in other towns, live in “slums” in conditions of great deprivation. They are denied most of their rights under the Constitution. That they are frequently harassed, indeed killed, by the police, - or no good reasons—is now well known. Less well-known is the denial of clean and safe water which causes serious diseases and often worse, death.

The Preamble of the Constitution commits the nation and the people “to nurturing and protecting the well being of the individual, the family, communities and the nation”. Nurturing surely includes clean and safe water. Indeed the importance of water is fully acknowledged again, in the main text of the Constitution, when it proclaims the right of every person to “clean and safe water in adequate quantities” (Article 43 - Economic and Social Rights). The importance of water is clear from other rights), such as (a) “highest attainable standard of health”; (b) “reasonable standard of sanitation”; and (c) “adequate food of acceptable quality”; and (d) a person shall not be denied emergency medical treatment - all in some way connected to clean and adequate water.

The energetic and enterprising Mathare Social Justice Centre has raised the issue of the inadequacy of the quality and quantity of water more than once. Having failed to persuade the authorities to improve the quality and adequate supply of water, it has done a study of the deficiencies of water in slums—and its consequences.

“Water is life, water is a right” – this report was launched by MSJC a few weeks ago in co-operation with a number of similar organisations in several other slums. Such solidarity is an important factor in the struggle for justice.

MSJC brings together existing research, and its own, to give an excellent, human and moving account of the consequences of the lack of clean water in the Eastlands of Nairobi.

The following statements come from a community dialogue held just a year ago: World Water Day 2018:

MSJC rents a small office, but there has been no water in the taps since 2016, and they had the water they buy tested: the verdict was “highly contaminated water that should be disinfected before domestic use”.

The report concludes: “While working on this project we heard about cartels throughout the city; of water vendors in Kamukunji constituency who would not allow the installation of free water hydrants, in response to the many fires in that area, because they did not want residents to get free water. We read many contradictory statements from the governor, the Nairobi City Water and Sewerage Company (NCWSC) and related water bodies. We also heard about how water pipes that were not repaired or mixed with sewage; we listened to how poor people were still paying for no water; we read about how access to water had fallen in the 1990s compared to the 1980s; we heard about the fears that the County has about “non-revenue water,” but mostly we were told about children and adults falling sick, and how the rising costs and shortages made mothers sometimes choose between washing their babies and cooking food. “

We would like to know if the estimated county budget for “water resources management” between 2016-17 was Sh411 million and estimates for 2018-19 are Sh360 million, where does this money go since we in Eastlands still have no water? We would also like to know why the Government, both County and National, talk about water in the Constitution, Vision 2030 and when signing the MDGs and SDGs, but actually don’t care that the majority of Nairobi and the country don’t have access to clean, safe and adequate water?”

As this report shows, many in Nairobi are still struggling for water, for dignity, for their children and their livelihoods. Without it, they can’t wash school uniforms, themselves or their children. They also can’t put out fires. And, what is more, much of the water that is available is making them sick: it is majisiko sure (“water not so sure”), and there is also rationing in scarcity that makes water in our communities cost, at least, over 4 times as much as water provision in rich areas.

With the migration from rural to urban areas, the demand for clean water has increased greatly, while there is no, or greatly inadequate, increase in the supply. It is clear that the national and county governments do not care the least for the poor, especially in slums. They can spend millions for themselves and overlook huge thefts from the government, etc, but are not willing to meet the basic needs of the poor.

As MSJC shows, the supreme irony is that the poor pay more than the rich for water that is unreliable in both quantity and quality.

The other side of the right to water is the duty of government, spelt out in the Constitution as including protection of water (both quantity and quality), and the duty to fulfill. No one should wastewater, but governments, which control the water towers that generate supply, the reservoirs, and the distribution networks, have been in clear dereliction of their duty

The positive side is that there is now greater consciousness of the harm of bad water.