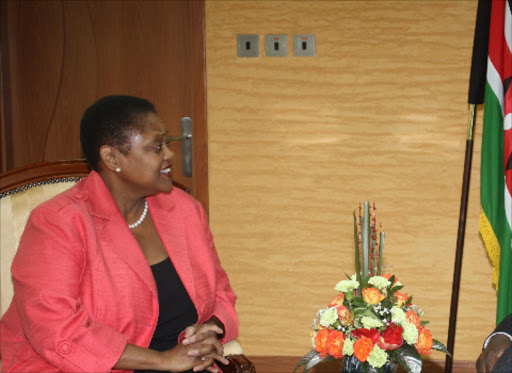 Some of you will remember that in the 2007 (like it had in 2002 and in the 2005 referendum) the International Republican Institute conducted Election Day exit polls, with funding from the US Agency for International Development and using Strategic Public Relations and Research as the implementing polling firm, with the engagement also of US based poll experts--in 2007 from researchers at the University of California, San Diego.

As the director of the local East Africa office for IRI at the time, I was responsible for management of that effort, reporting to my superiors in the Washington headquarters.

Back in February 2008 the Star ran a front page story about the fact that the results of the Exit Poll showed Raila Odinga rather than Mwai Kibaki winning the presidential race. The US on-line magazine Slate and a major chain of US newspapers had run stories in January with leaks of the results as well. During the post-election period from when we first got preliminary numbers on the late afternoon of Election Day on, my superiors in Washington declined to publicly disclose the results of the Exit Poll, which generated much controversy and questioning. IRI in Washington posted a statement on their website saying they had concluded the Exit Poll was "invalid" and would not be released for that reason .

I was on the hot seat because I was quoted in the Star story that the statement from Washington that the poll was invalid "did not reflect my personal opinion". In the meantime, bloggers in Nairobi had written that I should be subpoenaed to produce the results. The afternoon after the Star story ran, I left on a scheduled business trip to Somaliland and my superior in Washington dispatched without my knowledge IRI staff in Nairobi who were working on non-Kenya programmes and had no way to know about the poll details one way or the other, to meet with Kenyan political leaders, deliver a copy of IRI's statement to assure them the poll really was invalid. They met with Raila Odinga and Musalia Mudavadi on the opposition side, and Justice Minister Martha Karua for the incumbent, chasing her down at the Serena Hotel where the mediation was ongoing but quickly broke down.

Afterward, I sent three Freedom of Information Act requests for documents about the Exit Poll and election observation to the State Department to see what I could find out about how the Embassy and their superiors in Washington addressed these matters. Over the past two years I have published a series of blog posts as documents have gradually been released.

Last weekend I finally received the first documents from the State Department’s Africa Bureau from my September 2009 request. By letter dated March 5 (the day after the new election) but not mailed for another week, the State Department released five documents, while stating that it was withholding one unidentified document in full “because it consists of pre-decisional deliberative process material.”

1) as described by the Embassy, “auxiliary to efforts in this regard by Kenya’s vibrant press, active civil society, and credible, proven electoral commission,” the US government undertook several efforts to “preserve Kenya’s democratic success and contain the prospects of violence and voting irregularities if the presidential election is tight.”

2) one of these efforts was “Public Opinion Polling” described as follows:

* This USAID-funded program seeks to increase the availability of objective and reliable polling data and to provide an independent source of verification of electoral outcomes via exit polls. Implementer: IRI

3) after this same Exit Poll became a source of political contention because it showed the opposition candidate winning rather than the incumbent as named by the “credible, proven electoral commission”–the Africa Bureau engaged in a practice of mischaracterising the USAID program and the Exit Poll.

For example: when the McClatchy newspapers ran a story on July 9, 2008 by Shashank Bengali reporting that “Kenya’s President Lost Disputed Election, Poll Shows” after the release of the exit poll results by the researchers from The University of California, the Africa Bureau generated “AF Press Guidance” as follows:

Q: Please provide details on the US.-funded exit poll for elections in Kenya. Do we have a comment/reaction to the poll results?

* The International Republican Institute (IRI) provided funding to Strategic as a capacity building exercise for the organisation.

* Given the potentially significant nature of the results, however, IRI commissioned an audit of Strategic’s poll results. We have yet to see the results of that audit.

* Our Embassy in Nairobi was not informed by Strategic or IRI of the exit poll results by 3pm on Election Day.

It is simply not true that IRI gave money, from USAID, to Strategic, a private Kenyan firm, as a “capacity building exercise” for either Strategic or for IRI, whichever is intended here. No, as described by the State Department before the exit poll became a “hot potato” after Kibaki was serving a second term based on the ECK’s announcement of an alleged election win on his behalf, we paid Strategic for their work “in providing an independent verification of electoral outcomes via exit poll”. They were hired based on proven capacity having conducted the exit polls in 2002 and 2005 and other polls over many years. I had noted before that the Ambassador claimed this excuse in a March, 2008 on-line Q-and-A, but this is the first time I see it stated from Washington. Previously I received a State Department cable where the Ambassador, before the election, had also identified the purpose of the USAID funding as “to provide an independent source of verification of electoral outcomes.”

The immediate concern that I was aware of within IRI during the immediate post-election days in Nairobi was how people would react to the release of the poll, not about its “methodology”—which if had been flawed could not have been fixed by an “audit”.

Note that the Ambassador initially called on Kenyans to accept the ECK “results” while the State Department congratulated Kibaki. Afterwards, the State Department withdrew the congratulations and the Ambassador claimed his analysis showed either side could have won without mentioning the Exit Poll. In a cable written days after the election, which I received more than two years after my request, the Ambassador described personally witnessing changed tally forms at the ECK along with the head of the EU Election Observation Mission who raised objections to the tally.

Finally, the statement that the Embassy “was not informed . . . of the exit poll results by 3pm on Election Day” is precious. They were informed of the results at closer to 5pm.

I’m quite curious about the “pre-decisional deliberative process material” that they decline to produce. Were the Africa Bureau deliberating about whether to tell the truth about the USAID poll?

The things that is most striking to me about this now, in light of the current litigation about the manual vote tally by the IEBC in this election is that Jendayi Frazer was the head of the Africa Bureau at the State Department during 2007-08 when the previous Exit Poll was withheld and the misleading “press guidance” put out. Today, as a private citizen, Dr. Frazer is aggressively arguing in the Kenyan press and in the press back in Washington to, once again, uphold the disputed work of the Kenyan election officials against the concerns raised by the opposition. I cannot justify how this was handled when she was in charge in 2007 and 2008.