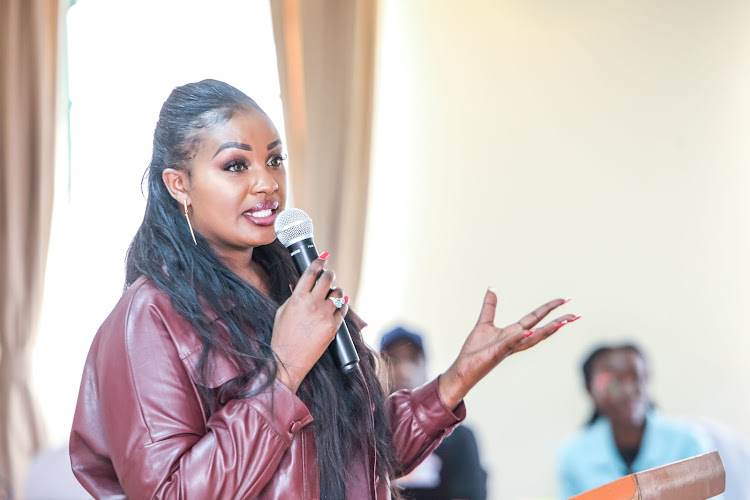 Content creator Maureen Waititu has moved on from her past relationship.

In a recent interview with KTN's, Art of Living, the mother of two says she is past that.

"My kids come before anything else. It's been a very happy home," she said.

Maureen said moving out from her ex's home to a completely different location was not easy.

"I put this space together in under two weeks, believe it or not," she said.

"I was leaving a previous place, and unfortunately, I found myself in a move-out situation in a very short amount.

"At that point I had renovated the previous house three months before, so it was almost like still very fresh. So I used the same team, Pinterest helped a lot, so I just told my guys this is exactly what I want."

Showing off her current home, Maureen added her inspiration was to provide a warm space for her two sons.

She said everything in her new home is personal to her.

The mother of two broke up with her ex-lover Frankie in 2019.

Frankie said he had seen her on a billboard before bumping her into her several times.

He eventually mustered the courage to send her a DM.

"I was driving a friend of mine when I saw a billboard of Maureen and other models near Nyayo roundabout. It was a Darling advert, I never thought the ladies on the billboard were Kenyans."

Post a comment
WATCH: The latest videos from the Star
by ELIZABETH NGIGI Lifestyle, Entertainment Journalist
Word Is
17 January 2023 - 05:00
Read The E-Paper