• Kareh B has done some outstanding 'collabo' hit songs 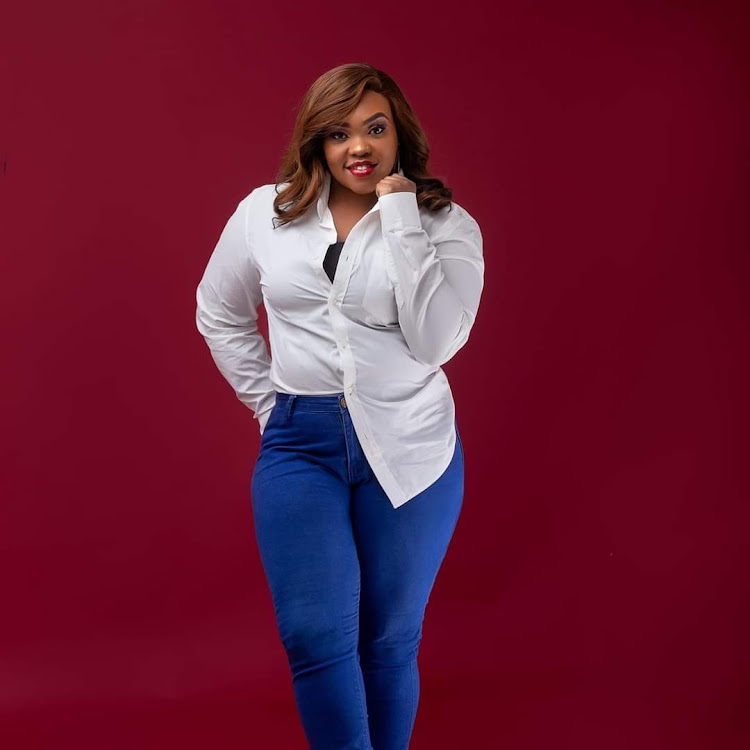 Mugiithi superstar Mary Wangari, popularly known as Kareh B, is a renowned singer, vocal coach and stage and film actress.

Born and raised in Murang'a county, Kareh B says the biggest support system in her career is her mum, whom she says is her prayer warrior.

Kareh is the lastborn in a family of four and grew up in Mathioya, Kiamuturi village, to be precise.

Speaking to Word Is, Kareh shared her journey of becoming a superstar.

She said she found out she could produce musical sounds when she joined the school choir in primary school.

Years later, she has becomes a household name with great hit songs.

On how she came up with it, Kareh B, she said when her song with Jose Gatutura started hitting the airwaves, she was advised to have a stage name.

"I didn't know where to start. So one day when we were on our way to Kirinyaga for a show, it came to me and I shortened my name Wangari to Kareh," she said, adding that she felt it was incomplete.

"Then I just dropped the B to it. B stands for anything beautiful that starts with the letter B.

"My father's English name was Benson. So, yeah, Kareh B. And I love my brand name."

Kareh has been in the industry for a while but the spotlight hit her in 2018 with their popular song 'Tuirio Twega'(Good Food).

"When I joined the entertainment industry as a professional, we were so westernised. The only locals that had airplay were Nameless, Jua Cali, Nonini and the like, who was amazing," she recounted.

She says Kenyans are currently appreciating local music. Speaking about the challenges female artistes go through, Kareh says, "Everything about a woman is beautiful, but half the time that beauty is translated as sexual."

She says some clients take it too far by even making sexual advances for job guarantees.

"If a lady is weak she will fall for it. But trust me, most of them end up regretting coz the job never comes," she said.

She said sometimes, female artistes are underestimated and, hence, get lower pay than their male colleagues. 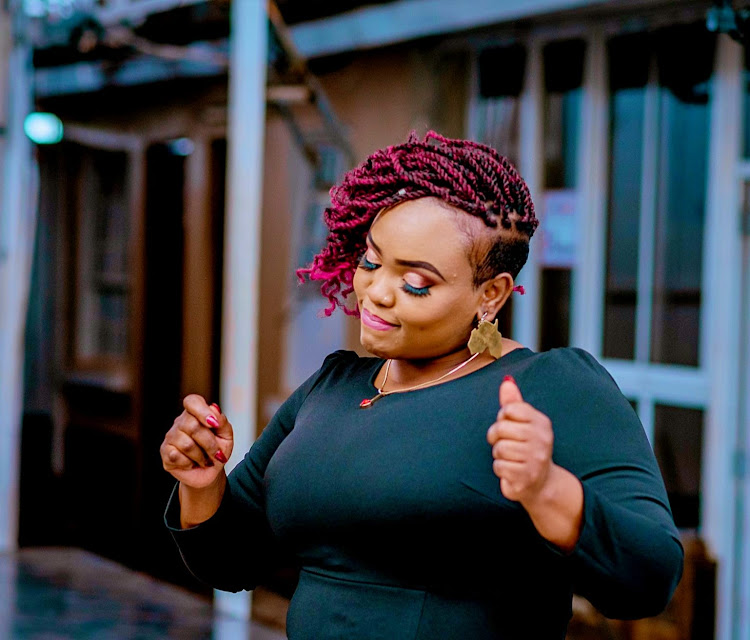 "My dad was very traditional in terms of careers. He wanted us to be doctors, lawyers and so on," she said.

"My mum, on the other hand, is very open-minded. She says as long as you earn your shilling legitimately, she has no problem."

Being in the limelight, Kareh has also experienced the wrath of social media.

She said when her sister died, she slowly slid into a depression that made her add so much weight.

She is still managing her weight to date.

"I would get comments such as, 'You look like a hippo on the loose' and many others that I can't even pronounce," she said.

"Unfortunately, in the 21st century, we are still dealing with this ignorance. I think cyberbullies are just primitive."

Kareh B and Jose Gatutura rhyme so well in their collabos, to an extent that speculations have been rife that the two could be dating.

However, in the interview, Kareh dismissed such speculation, stating clearly that their relationship does not extend beyond music.

Kareh said they met in 2017 at Galileo Westlands, while she was singing country music.

"So he came in one day, listened and followed me outside when I was done," she said.

She said he talked to her about the song duet.

"I was a bit skeptical but eventually agreed. And the rest is history."

She described their combination as a match made in musical heaven.

Her advice to upcoming Mugiithi artistes is that they bring in their spice.

"Don't just do what everyone else is doing. That way, you will get lost in the crowd. Also, do not give up as the situations can be so discouraging, but soldier on."

Kareh said as a woman, she has to leave the question of dating for the man to decide. "But God's time is the best."

On the qualities of the man she would want to date, Kareh said he should be, "God-fearing, self-driven, ambitious, have a sense of humour, taller than me, and oral and personal hygiene has to be on point because of obvious reasons."

She hopes to share lessons she has learnt over the years with others.

"I am a vocal coach so I am taking baby steps in the right direction in terms of leaving a legacy," she said.

Some of the most outstanding 'collabo' hits by the two songbirds, who have become household names in many Kikuyu homes, include 'Tuirio Twega' (Good Food), 'Haha ni Gute' (This is Vanity) and 'Mwari Wa Muthamaki' (Princess).

Post a comment
WATCH: The latest videos from the Star
by ELIZABETH NGIGI Lifestyle, Entertainment Journalist
Word Is
04 January 2023 - 04:45
Read The E-Paper