• Butita has never addressed the situation. 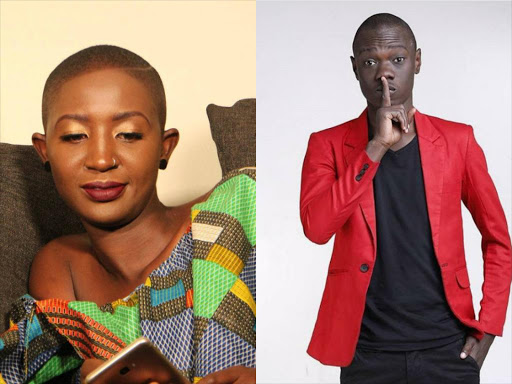 Comedia Mammito claims she added weight after she split with comedian Eddie Butita.

Speaking to Kameme TV, Mammito said she is single.

"I do not have a man in my life. I am single and any single man who is interested can hit my DM," she said.

Mammito was then asked what happened to her relationship with the comedian.

She responded by saying she had become beautiful after the relationship.

"I have God and I want to be with the love of God."

Butita has never addressed the situation.

During his birthday, Mammito ignored him but Butita said he was unaware of any potential issue and that perhaps Mammito had forgotten to wish him a happy birthday.

Comedian Eric Omondi, however, claimed that Eddie Butita was dumped by Mammito.

She said they 'make a good team'
Sasa
1 year ago
Post a comment
WATCH: The latest videos from the Star
by ELIZABETH NGIGI Lifestyle, Entertainment Journalist
Word Is
21 November 2022 - 05:00
Read The E-Paper