Some 217 submitted films in 1,204 categories were reviewed

• The nomination process took place from August 24 to October 30 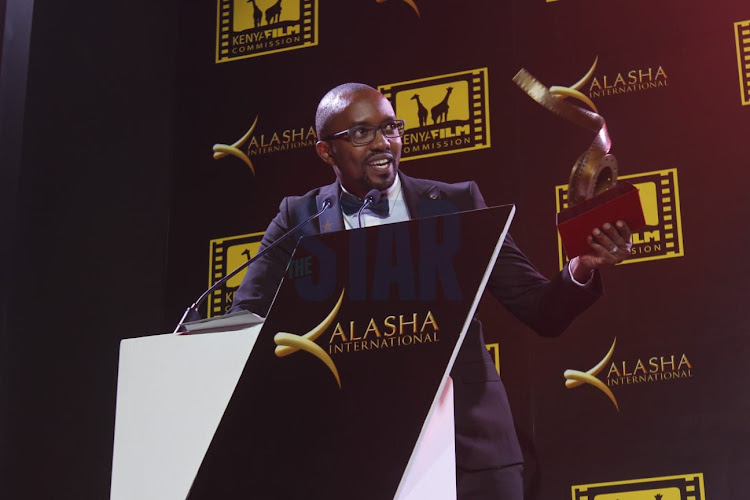 The Kenya Film Commission yesterday announced the nominees for the 12th edition of Kalasha International Film and TV Awards.

The event helps to recognise the kind of work creatives have done over the year and to upscale the quality of productions.

Speaking during the event at Panari Hotel yesterday, KFC CEO Timothy Owase said this year, Kalasha Awards has 39 categories, with an addition of nine new categories.

The selection process of the 217 films submitted was carried out by a jury of experts, consisting of stakeholders drawn from film industry associations, corporate, government and industry professionals.

Valentine Kamau, Kenya Actors Guild and chairperson of the 2022 Nominations Academy, said there is notable improvement in scriptwriting, with some films doing very well in structure and storytelling.

"Use of good storytelling tools like flashbacks, story in a story, comedy, poetic irony, use of music and monologues," she said.

She added that the submissions received were very competitive and showed huge potential in the film industry.

"There is, however, lack of authentic Kenyan stories from filmmakers and TV industry players," Kamau said.

"While the international Award Category for East African Countries was well embraced by the Tanzanian film industry, low uptake was noted from the other countries."

Dedicated to promoting culture, stories, creativity and skills, the Kalasha International Film and TV awards gala is scheduled to take place on December 3.

The nomination process took place from August 24 to October 30 and involved a review of 217 submitted films in 1,204 categories.

This year saw the number of submitted films go up compared to 149 films submitted in 2021.

She won Kalasha, state awards without pushing for them
Sasa
11 months ago

Sarah Hassan, Catherine Kamau were among winners at the awards ceremony.
Sasa
11 months ago

Vetting committee said the process was as thorough as ever this year
Sasa
1 year ago
Post a comment
WATCH: The latest videos from the Star
by ELIZABETH NGIGI Lifestyle, Entertainment Journalist
Word Is
11 November 2022 - 00:00
Read The E-Paper