They called a truce after trolls started comparing their sons 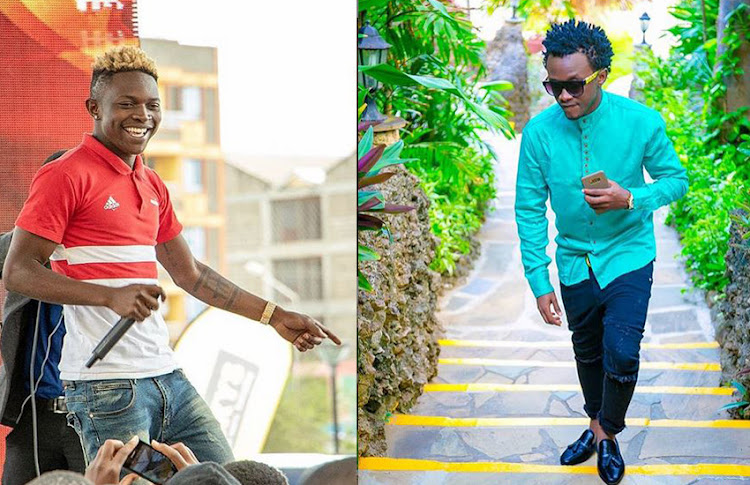 Gospel singer Mr Seed says there is no more beef between him and Bahati as was earlier the case.

He told Word Is their children were the reason they made peace with each other.

The father of one said they reconciled since fans took advantage of the feud between them to troll their children.

"We are far mature and learning to forget about the past," he said.

"I used to post my son Gold and some toxic fans would come and compare him with Bahati's son Majesty. The same would happen on his side and our children would end up being trolled.

Seed said the comparison of his son and Bahti's son started getting to him.

"There were some comments I read and they hurt me so much. I decided to call Bahati to request for a meeting," he said.

The two former friends met at a private place, where they forgave each other at the end of the meeting.

"We both thought the other person was sending trolls to the children," he said.

Since then, Seed says the hate is no longer there, just that some fans have refused to move on.

He did not want to talk about whether his wife and Diana also reconciled.

"I do not want to speak about them but I don't think my wife is still living in the past. My wife and I are so happy for their wins and when I see him succeeding, I clap for him."